Skip to content
Though the unearthing of the draft has no immediate effect on abortion access, the preliminary opinion, which was confirmed to be authentic by the court, would overturn Roe v. Wade if a majority of justices decided to join, leaving state legislators to weigh their own abortion policies.

The 1973 Roe v. Wade court decision affirmed the right to receive an abortion under the 14th Amendment, ruling that abortions were constitutionally protected up until about 23 weeks when a fetus could be able to live outside the womb.

Last year, the Supreme Court agreed to hear a challenge to Mississippi’s 15-week abortion ban, setting the court up to examine decades of precedent set by Roe. Some state legislatures have enacted policies to increase abortion access, including in California, which passed a law in March to eliminate out-of-pocket costs for abortion services covered by health plans, and in Colorado, where Democratic lawmakers codified the right to receive an abortion in the state.
But many Republican-led state legislatures have already moved to limit abortion access and others are poised to enforce restrictive laws that have remained unenforced since Roe was passed. In total, an analysis by the Guttmacher Institute finds that 23 states have laws aiming to limit abortion access, including some states that have multiple provisions in place.

States including Michigan, Wisconsin and West Virginia had abortion restrictions before the Roe ruling that have never been removed. Others have approved near-total bans or laws prohibiting abortion after a certain number of weeks — but many of them have been blocked by courts, including those in Alabama, Georgia, Iowa, Ohio and South Carolina.

Legislators in 13 states have passed so-called “trigger laws,” which are bans designed to go into effect if Roe is overturned. In some cases, the law requires an official such as an attorney general to certify that Roe has been struck down before the law can take effect.

These are the states with “trigger laws” poised to go into effect almost immediately if Roe v. Wade is overturned.

Arkansas has a law on the books that would ban nearly all abortions in the event that Roe is overturned, except for in the case of a life-threatening medical emergency. A medical provider who violates the law could face up to 10 years in prison, a fine of up to $100,000 or both.
Last year, a federal judge blocked another bill passed by state legislators which aimed to block nearly all abortions and made no exceptions for rape or incest.

Idaho’s trigger ban would make providing abortions a felony punishable by up to five years in prison if Roe is struck down. Exceptions are provided to prevent the death of the pregnant person or in the case of rape or incest.
In March, Idaho legislators passed a separate bill modeled after Texas’ restrictive law, which prohibits abortion once fetal cardiac activity can be detected, which can happen as early as six weeks. The law also allows family members of the fetus to sue the medical provider who performed the procedure.
The ban was temporarily blocked by the state Supreme Court last month after abortion providers challenged it in a lawsuit.

Kentucky’s legislature passed a bill in 2019 which would ban abortions and make performing them a felony offense if the Supreme Court overturns Roe. Very limited exceptions would be provided to prevent the death or serious injury of the person giving birth.

Louisiana has a law in place that would ban a medical provider from performing an abortion procedure or providing drugs intended to induce an abortion in the case that Roe is overturned. The ban would not apply to life-threatening or serious medical emergencies, but requires the physician makes “reasonable medical efforts” to preserve the life of the adult and the fetus.

Mississippi law states that within 10 days of the state attorney general confirming Roe has been overturned, abortions are prohibited in the state. Limited exceptions are provided in cases of rape or when the procedure would preserve the mother’s life.
Mississippi passed a separate 15-week abortion ban in 2018, which is the source of the case currently in front of the Supreme Court. The court is expected to announce its decision in June, but a draft opinion revealed by Politico suggests a majority of the justices may be poised to strike down Roe.

Missouri approved a law in 2019 that would make it a felony for medical providers to perform or induce an abortion except in cases of medical emergencies if Roe is struck down.

A law approved by the North Dakota legislature in 2007 would ban abortion and make it a felony to perform the procedure except in cases when it would save the life of the mother. The law would go into effect “as a result of new decisions by the Supreme Court of the United States” that would make the provision constitutional.

Oklahoma Gov. Kevin Stitt signed a bill last month that would make performing abortions illegal in the state, only allowing exceptions to save the life of the pregnant person. The measure makes performing an abortion or attempting to perform one a felony punishable by a maximum fine of $100,000 or a maximum of 10 years in state prison, or both.
A second bill signed into law last week sets a timeline for provisions to go into effect, depending on how the Supreme Court rules.

South Dakota has had a trigger ban on the books since 2005, when a law was passed to set up an almost outright ban on abortions in the event that Roe is overturned. The law would make it illegal to perform an abortion except in life-threatening medical emergencies and would become effective “on the date states are recognized by the United States Supreme Court to have the authority to prohibit abortion at all stages of pregnancy.”

Tennessee law contains a provision that would prohibit all abortions except those that would prevent the death of the mother and would go into effect 30 days after Roe is struck down. Medical providers could be charged with a felony for violating the law.

Texas’ so-called trigger ban was signed into law in June 2021 and would make abortions illegal unless the pregnant person’s life is threatened or they are at risk of serious injury. The law would go into effect 30 days after the Supreme Court issues a judgment overruling Roe.

Utah passed a law in May 2020 banning almost all abortions if Roe is overturned. Exceptions include cases of rape or incest, detection of severe birth defects, or prevention of the death or serious injury of the person giving birth. Performing an abortion in violation of the law is a second-degree felony.

Signed into law last month, Wyoming’s bill added a provision that would make it illegal to perform an abortion if Roe is overturned, with extremely limited exceptions for cases of sexual assault, incest, or the risk of death or severe injury to the person giving birth.

Wed May 11 , 2022
May 1 through 7 was Public Service Recognition Week. Since 1985, this first week in May is the annual celebration of the contributions of public servants in federal, state, local and tribal government. Across the nation, more than 18,000,000 of our neighbors, friends and relatives serve in government, including in […] 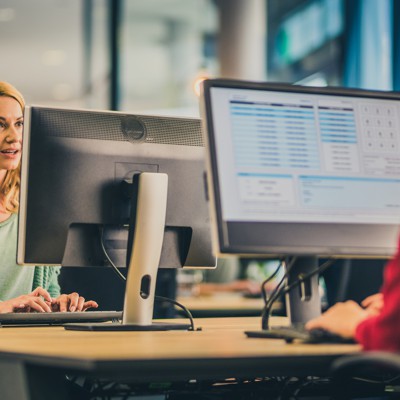