The crisis around the influx of Afghan evacuees has added to recent pressures felt by U.S. immigration attorneys, many whose jobs have expanded beyond direct representation of their clients. As of Dec. 31, more than 75,000 Afghans have been allowed into the United States, while more than 35,000 have applied for humanitarian parole.

Against a backdrop of ever-changing immigration policies that are often polarizing, immigration attorneys continue advocating for traumatized clients while juggling the challenges of a system that is seen as re-traumatizing.

States have worked to reduce the need for those who have experienced trauma to describe their experiences multiple times, such as in child abuse cases. But the immigration system remains—necessarily, some vociferously argue—rooted in an expectation that even years into the processes, credible asylum-seekers will only present as scared, disempowered victims. How might immigration attorneys avoid seeing their own clients in similar disempowering light, but rather find hope and sustainability in their work?

I spoke with longtime immigration rights advocate and law professor Lindsay M. Harris, former vice chair of the National Asylum and Refugee committee for the American Immigration Lawyers Association. She regularly mentors those beginning careers in immigration and works with veteran immigration attorneys on managing attorney burnout, a topic on which she launched a nationwide survey. Harris is the associate dean of clinical and experiential programs and director of the Immigration & Human Rights Clinic at the University of the District of Columbia David A. Clarke School of Law. 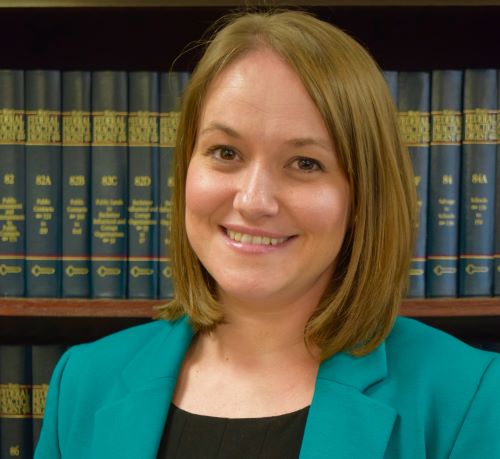 Mallika Kaur: Since August 2021, you have joined other immigration attorneys working for Afghan evacuees: from fundraising for filing fees to policy advocacy work, on top of representation in asylum interviews. How has this multifarious work felt for you and your colleagues?

Lindsay M. Harris: Absolutely, it feels like we are operating in a constantly evolving environment and pursuing all advocacy channels available in this work. It’s something that immigration attorneys are accustomed to, particularly having weathered four years under the Trump administration where we had to use all means possible to achieve our goals and our advocacy often felt like shouting into the wind. Still, we are currently standing alongside Afghans in their darkest hour, with many still in grave danger under Taliban rule awaiting humanitarian parole decisions, those at military bases assessing their options, and those already paroled in and who are now applying for asylum protection and/or Special Immigrant Visas. It has been heavy, tumultuous—even for attorneys experienced in working with trauma survivors.

Mallika Kaur: A lot of immigration law is acutely focused on trauma, where clients are forced to prove powerlessness, and their resilience may even cut against their case. Does that ever raise concerns for you?

Lindsay M. Harris: It absolutely weighs on me. My own research shows that immigration attorneys often feel complicit in a dysfunctional system grounded in racism. Acknowledging the reality of the system we are working in and being explicit about that with students and with clients, enables me to engage sustainably. While I cannot erase the dehumanizing nature of the system, I can acknowledge it and share that I don’t believe it is right.

Mallika Kaur: Immigration laws legitimize some forms of trauma over others and then geopolitical realities determine immigration options. How do you manage to sustain yourself in this system, with all its volatility and even arbitrariness?

Lindsay M. Harris: The community of immigration advocates and organizations is tremendous; it’s absolutely vital to engage in that community to stay abreast of what’s going on in the immigration world. One way to cope is unfortunately to turn a blind eye to issues that I would otherwise really care about. I cannot possibly follow everything regarding other social justice issues or the environment; it requires too much more bad news or trauma. What gives me hope is the generation of advocates we are seeing today, who increasingly come from the client communities they seek to serve. Their energy, curiosity, compassion and drive is inspiring and a glimmer of hope on the horizon.

Mallika Kaur: How do you keep yourself above the sinking feeling “I’m not doing enough”? How does one handle yet another urgent request while also navigating the often-stalled timelines of legal relief?

Lindsay M. Harris: Requests for assistance are coming in daily—just yesterday I received two emails from women’s rights advocates living in hiding within Afghanistan, desperate for a path to safety. I can always do more. But I realize that I will not be able to if I push too hard. I have to be very careful, because if I say yes, I’m all in. I also remind myself that I am the only mother my children have, and in taking that role seriously, I cannot say yes to all the things—as much as I might feel compelled to do so.

The timelines of immigration adjudication are also incredibly frustrating. In August 2021, we scrambled to file emergency petitions for individuals in Afghanistan, only to have them languish for months with no results. The same happens routinely for adjustment of status applications, which now take years, for asylum interviews, which can take more than five years to be scheduled, and even for routine renewals of work permits. It means that our cases go on longer and that you live with the constant anxiety of a ball being dropped.

Mallika Kaur: Could you share some key takeaways from the results of the survey you co-led, the 2020 National Asylum Attorney Burnout and Secondary Traumatic Stress Survey?

Lindsay M. Harris: Levels of self-reported burnout and secondary trauma among asylum attorneys are alarmingly high. This makes sense given the inherently traumatic nature of the asylum process and of asylum lawyering. Burnout and secondary trauma symptoms were highest among women, attorneys of color and solo practitioners. Interestingly, client-related burnout scores (burnout attributed to client interactions) were lower than the work and personal dimensions of burnout. Attorneys shared that it was not the traumatic stories so much as the dysfunctional and unfair system contributing to their burnout.

Mallika Kaur: You have made the choice to share personal reactions to the work and even share challenges that may seem unrelated to the work. Would you share a little about this choice—because whether in academia or practice, there is usually a lot of conversation and trepidation around maintaining “boundaries”?

Lindsay M. Harris: This is an intentional choice. Sharing my own vulnerabilities is not a choice that everyone has agreed with in my career, and I have certainly faced some challenging pushback. But to me, those critiques reflect a discomfort with trauma. I didn’t accidentally overshare certain personal facts. There is power in vulnerability. It took a long time for me to own and be able to share my own identity as a sexual assault survivor. I have found, though, in sharing that, along with other issues—the loss of a parent, grief, losing a pregnancy—that it doesn’t necessarily empower me, but someone else. Someone listening or witnessing is also going through something or has not yet, but will, and they realize that, yes, life is hard. Sometimes things are unfair. Sometimes people take away your power or voice, but that does not have to be the end of the story. Countless women have paved the way in the legal and other professions to enable me to stand where I do today. It’s time that we take away the pressure for human beings to pretend they are not hurting or have not been hurt in the past. I believe as attorneys we should bring our whole selves to lawyering to be the most effective advocates standing alongside client communities.

Mallika Kaur: Could you share some of the manifestations and signs of heightened trauma-exposure for you personally?

Lindsay M. Harris: I remember sitting at a training on secondary trauma as a law student, and thinking, “That won’t happen to me … .” Of course, it did. Earlier in my career I had nightmares mirroring the trauma a client had endured. I have an exaggerated startle response with a door slamming or even a raised voice. While working with trauma survivors drives me deeper into the work, I work harder, longer—leaving no stone unturned in the quest for relief. It also leaves me depleted of compassion for non-clients; irritable with my spouse and children. And so, I have to make sure there is time to actually process my own emotional responses to the work and not stuff the emotions down only to surface later at home. I have to remind myself that while everything in me may fight against the notion that I too am worthy of time, I must take time in order to, as Angela Davis has said, advocate sustainably.

Mallika Kaur: Have you developed particular practices—whether daily or occasional—that help you sustain yourself and remain healthy in your work?

Lindsay M. Harris: Definitely—straight from the self-care playbook! Morning meditation helps me to sustain my patience and compassion for those around me, along with yoga practice and keep a nightly gratitude journal. I also try to engage with the communities I work with in forward-looking, positive ways, divorced from the trauma, and have found that through serving on the board of AsylumWorks, an organization that provides social services for asylum-seekers. Being outdoors, connecting with friends and singing out loud are other ways I sustain myself and reignite.

ABAJournal.com: “Interested in helping Afghans apply for asylum? Here’s a way to start”

Mallika Kaur is a lawyer and writer who focuses on human rights, with a specialization in gender and minority issues. She is the author of the new book Faith, Gender, and Activism in the Punjab Conflict: The Wheat Fields Still Whisper. She teaches social justice classes at the University of California at Berkeley School of Law.

Thu Jan 27 , 2022
Agreements can be very useful tools for marriages and can come in handy during a divorce. Family agreements, including the settlement of disputes by agreement between husbands and wives, are favored in Pennsylvania and are generally presumed to be valid, binding, and non-modifiable by the courts. Because of the seriousness […]