OAKLAND – California Attorney General Rob Bonta today filed an amicus brief before the U.S. Supreme Court in defense of critical California labor protections under the Private Attorneys General Act (PAGA) in Viking River Cruises, Inc. v. Moriana. PAGA is one of California’s premier tools in the fight against worker abuse. PAGA deputizes employees to pursue and recover civil penalties on behalf of the state for labor law violations committed against themselves and their fellow workers. Under California law, an agreement that waives an employee’s right to bring a PAGA claim is not enforceable. In today’s amicus brief, the Attorney General urges the U.S. Supreme Court to uphold an appellate court decision holding that the state’s anti-waiver rule for PAGA claims is not preempted by the Federal Arbitration Act.

“PAGA is a critical part of California’s efforts to protect the rights of workers,” said Attorney General Bonta. “When we have more tools to resolve workplace violations, we have more ways to stand up for safe and fair working conditions. Whether it’s to address wage theft or health hazards, we all benefit when the state is able to ensure robust enforcement of our labor laws. PAGA helps make that happen and California workers deserve a work environment that affords them dignity, just compensation, and respect. I respectfully ask the court to fortify our state’s strong labor laws by affirming the appellate court’s decision in this case.”

For nearly two decades, PAGA has augmented the state’s enforcement resources by deputizing affected employees to pursue civil penalties for labor law violations as proxy for the State of California. PAGA notices and claims also inform and supplement the direct enforcement efforts of the California Labor and Workforce Development Agency and its various divisions. PAGA is an integral part of the state’s labor enforcement scheme and it plays a particularly important role in ensuring the fair and legal treatment of some of the state’s most vulnerable workers, including those in the agricultural, garment, and frontline service industries. Fundamentally, PAGA actions are state law enforcement actions, with the state retaining 75% of penalties recovered and aggrieved employees receiving the remainder. In 2019 alone, PAGA reportedly generated over $88 million in civil penalties for California.

Applying longstanding, general principles, state precedent holds that a pre-dispute agreement waiving “the right to bring representative PAGA actions in any forum is contrary to public policy.” In other words, agreements waiving the opportunity to bring PAGA actions unlawfully restrict the state’s ability to ensure labor laws are adequately enforced. A recent UCLA Labor Center report found that 89% of PAGA claims alleged wage theft. This particular violation causes serious harm, especially to lower-wage workers, who may not have savings to cover for unpaid wages. And the significant sums recovered in PAGA actions suggest that there is much enforcement to do. Further, without this private enforcement mechanism, costs to the state to enforce labor laws would increase substantially. Ultimately, while the Federal Arbitration Act provides that agreements to settle a controversy by arbitration are “valid, irrevocable, and enforceable,” it says nothing about agreements to strip contracting parties of the right to pursue state public-policy claims in all forums.

In the amicus brief, the Attorney General argues:

A copy of the amicus brief is available here.

Thu Mar 10 , 2022
Related Practices & Jurisdictions Although the House and Senate took up a number of measures throughout the day, money matters drew the attention of most lawmakers and lobbyists under the Gold Dome on Wednesday. After approving a measure to reduce Georgia’s income tax rate from 5.75% to 5.25% and reworking […] 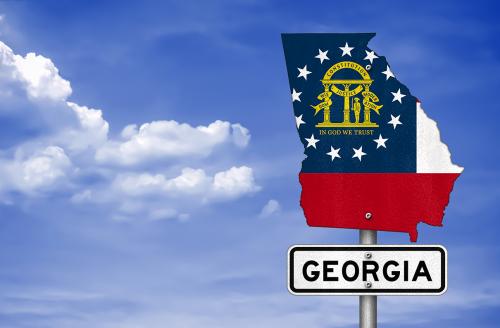