The Biden administration recently announced new policies designed to attract international graduates who specialize in science, technology, engineering, and mathematics (“STEM”) to study in the United States. By adjusting immigration provisions for students in these fields, the Biden administration hopes to boost innovation in cutting-edge fields.

Immigration-Based Reform Under the Biden Administration

In the first year of the Biden administration, immigration has remained a hot-button issue for politicians on both sides of the aisle. Following the withdrawal of troops from Afghanistan, the issue of Afghan refugee resettlement and ongoing issues at the border have dominated the narrative when it comes to immigration policy. However, the Biden administration has additionally made efforts to utilize immigration policy to enhance the competitiveness of the United States in the global economy. As part of this effort, the White House recently announced a series of new initiatives that will help utilize immigration policy to do just that.

According to the recent announcement, the Departments of State and Homeland Security introduced a number of changes to existing immigration law.

Among the changes is an expansion of eligibility for the Optional Practical Training (“OPT”) program. The Department of Homeland Security (“DHS”) will add 22 new fields of study – from data visualization to forestry and cloud computing – to a program which permits international graduates from U.S. colleges and universities to spend up to an additional three years training with domestic employers. Expanding eligibility for OPT will ensure that top talent in these fields do not write off the United States due to immigration-related difficulties.

What is Optional Practical Training?

Optional Practical Training is temporary employment that is directly related to an F-1 student’s major area of study. Eligible students can apply to receive up to 12 months of OPT employment authorization before completing their academic studies and/or after completing their academic studies. Under current policy, students need to apply for a work visa following their year of OPT. Due to these restrictions, many graduates find themselves vying for slots in the annual lottery for one of 85,000 H-1B specialty occupation visas.

Students who specialize in the study of enumerated science, technology, engineering, and mathematics programs are able to extend their work authorization for an additional two years, giving them additional opportunity to find coveted H-1B visas. The recent announcement expands qualified fields for eligibility under the program. According to the White House press release, the change in policy “will allow international STEM talent to continue to make meaningful contributions to America’s scholarly, research and development, and innovation communities.”

The announcement stands in stark contrast to the prior policies of the Trump administration, which enhanced scrutiny of the H-1B program, often relying on arguments that the program limited available jobs for U.S. applicants. In fact, former DHS secretary Chad Wolf once hinted STEM eligibility under OPT could be eliminated, although the administration never officially ended the program.

The recent announcement comes in the wake of decreasing international student enrollment at U.S. colleges and universities over the past several years. Some have noted that this decline is at least partially the product of other countries offering cheaper and easier paths to citizenship following graduation. Indeed, the uncertainty surrounding citizenship in the United States serves to deter international students from bringing their talents to the United States.

According to Secretary Mayorkas, “STEM innovation allows us to solve the complex challenges we face today and make a difference in how we secure and protect our country.” He added that “through STEM education and training opportunities, DHS is expanding the number and diversity of students who excel in STEM education and contribute to the U.S. economy.”

Mon Feb 7 , 2022
We’re back with another edition of our legal news roundup. Read on below for the latest updates in law firm hiring, awards and leadership: Law Firm Hiring & Promotions Dinsmore & Shohl LLP announced the promotion of 21 attorneys to Partner, as well as new board and office leadership appointments. […] 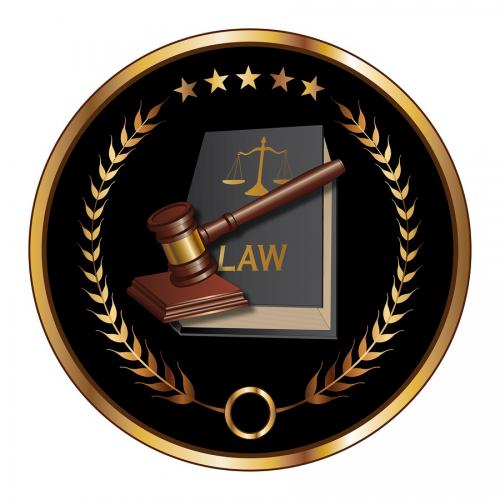