The Biden administration announced late Friday it is ending a Trump-era border deportation policy as it pertains to unaccompanied migrant children in response to a court ruling that could’ve forced officials to expel those minors without an asylum screening.

The Centers of Disease Control and Prevention (CDC), which first authorized the migrant expulsions in March 2020, terminated the government’s ability to expel children who enter U.S. border custody without their parents. U.S. border officials can still use the policy, known as Title 42, to expel single adult migrants and families traveling with children to Mexico or their home countries.

Despite criticism from Democratic allies and advocates, the Biden administration has defended Title 42 as a key tool to stop the spread of the coronavirus inside border facilities, but it exempted unaccompanied minors from the policy early last year.

Last week, U.S. District Court Judge Mark Pittman said the administration could no longer exempt unaccompanied minors from Title 42, arguing that Texas, which challenged the exemption, was financially harmed by the placement of migrant children in the state due to medical and schooling costs.

In a notice Friday, CDC officials said they recognized the “unique vulnerabilities” of unaccompanied minors.

“In the current termination, CDC addresses the court’s concerns and has determined, after considering current public health conditions and recent developments, that expulsion of unaccompanied noncitizen children is not warranted to protect the public health,” the agency said.

In a separate 21-page order justifying the decision to end Title 42 for unaccompanied children, CDC Director Rochelle Walensky cited the recent nationwide decrease in COVID-19 cases, as well as increased vaccination rates in the U.S. and in the home countries of migrants who journey to the southern border.

U.S. law requires border officials to transfer unaccompanied children who are not from Mexico to shelters overseen by the Department of Health and Human Services (HHS). The department is charged with housing these minors until it can place them with vetted sponsors, who are typically family members living in the U.S.

Walensky noted that HHS tests all unaccompanied minors in its custody for the coronavirus, and offers eligible children vaccination. As of March 8, 62,644 migrant children had received a dose of a COVID-19 vaccine in HHS custody, while 15,994 had received two doses, the CDC order noted. Under 1% of children offered the vaccine have refused it.

HHS was housing 9,824 migrant children on Friday morning, according to government data. Customs and Border Protection (CBP) has been encountering an average of 337 unaccompanied minors daily during the past 30 days, the statistics show.

Walensky largely declined in her order to address the public health rationale for continuing to expel migrant adults and families, but mentioned that border officials reported being ill-equipped to adopt COVID mitigation protocols for these populations at the same scale as HHS has done for unaccompanied minors.

The administration’s decision to continue expelling some migrants under Title 42 was dealt a significant blow last week when a federal appeals court said officials could not expel families to places where they could be persecuted or harmed.

The ruling, which is set to take effect next month, could require U.S. immigration officials to interview migrant families to determine whether they have valid asylum claims or prompt the administration to end Title 42 altogether, given the logistical challenges such a screening system would present.

The Justice Department has yet to appeal that court order. In her order Friday, Walensky said the CDC will complete a new Title 42 review by March 30 to decide whether migrant families and adults should continue to be expelled.

“While we welcome the Biden administration’s decision to terminate Title 42 expulsions of unaccompanied children, for the millions of voters who rejected the previous administration’s xenophobic policies, it is past due,” said Marielena Hincapié, the executive director of the National Immigration Law Center. “The administration must now end this cruel Trump-era policy for everyone.”

Camilo Montoya-Galvez is the immigration reporter at CBS News. Based in Washington, he covers immigration policy and politics.

Can states limit abortion and gender-affirming treatments outside their borders?

Thu Mar 17 , 2022
Conservative lawmakers across the U.S. have unleashed a wave of state legislation attempting to restrict access to abortions and to gender-affirming medical care for transgender youth by allowing lawsuits to be filed against anyone who helps them. But now there’s a new twist in what appears to be a broader […] 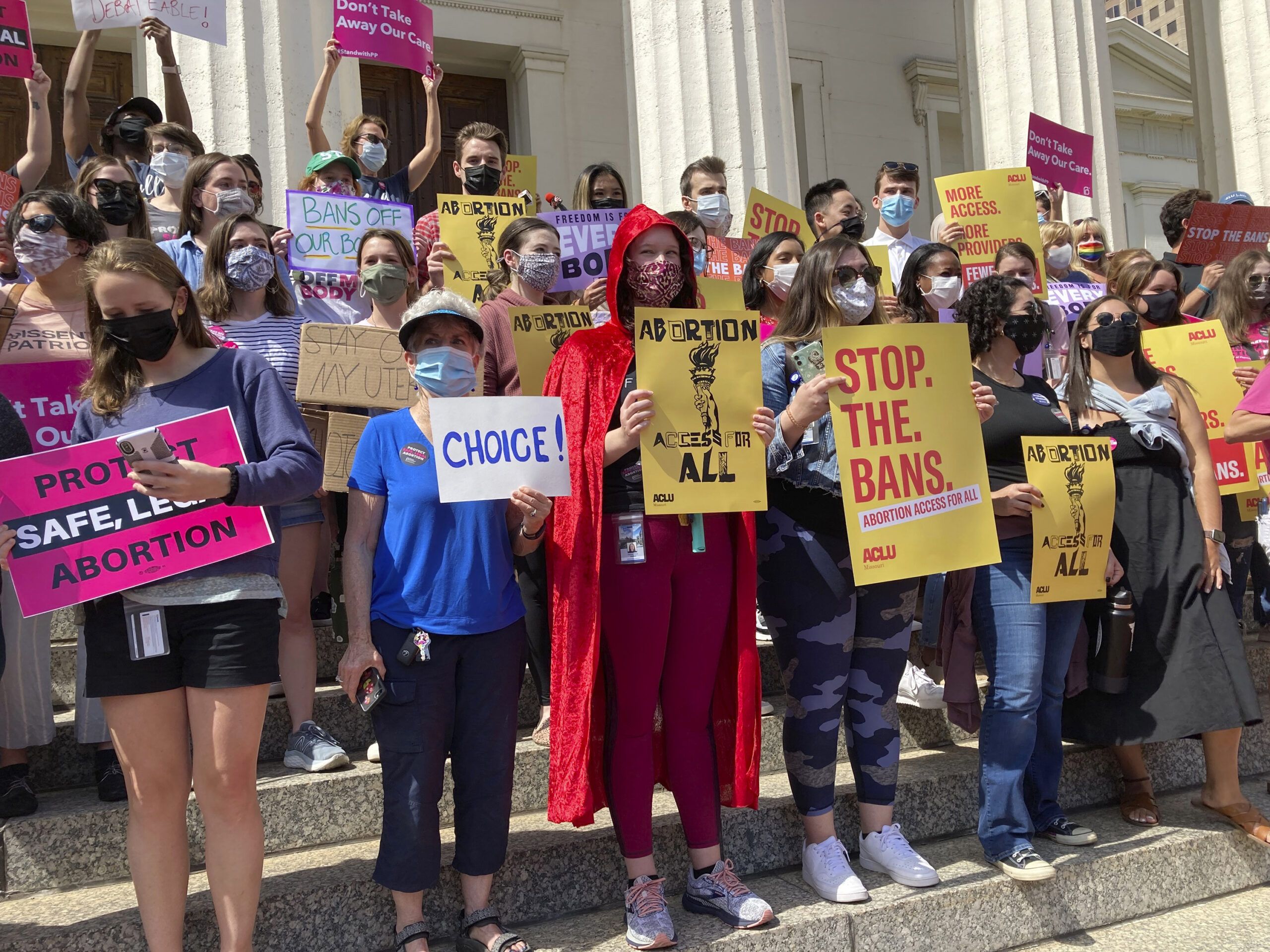