Last week, Congress passed a transformative bill inspired by the #MeToo movement that would allow employees to avoid enforcement of pre-dispute arbitration agreements in workplace sexual assault or harassment claims. The bill, which has significant implications for employers, is expected to be signed into law by President Biden.

APPLICATION AND REQUIREMENTS OF THE BILL

The Ending Forced Arbitration of Sexual Assault and Sexual Harassment Act of 2021 (H.R. 4445), passed by the U.S. House of Representatives on 7 February 2022 and by the U.S. Senate on 10 February, would amend the Federal Arbitration Act (FAA) to permit an employee alleging sexual assault or harassment to invalidate a pre-dispute arbitration agreement or joint-action waiver. In other words, if an employee signs an agreement to arbitrate employment-related claims and later experiences sexual assault or harassment, the employee may decide to dispose of that arbitration agreement and pursue his or her claims in court. Likewise, if an employee agreed to pursue claims only individually, and not as a member of a class action, the employee may dispense with that agreement and pursue claims on a joint basis with other alleged victims.

Employees who have signed pre-dispute arbitration or joint-action waiver agreements may still opt to arbitrate such claims if they would prefer, but the decision will rest solely with them. The legislation would also explicitly require courts, rather than arbitrators, to determine whether H.R. 4445 applies to a given claim, regardless of whether the agreement at issue delegates such authority to an arbitrator.

Significantly, the bill would not apply retroactively. It states that it will only apply “to any dispute or claim that arises or accrues on or after the date of enactment.” However, it could still invalidate pre-dispute agreements entered into prior to its enactment.

The legislation would cover all claims of sexual assault or harassment, whether they arise under federal, state, local, or tribal law.1 “Sexual assault” is defined as a nonconsensual sexual act or sexual contact, as such terms are defined in Section 2246 of Title 18 (the U.S. criminal code) or similar applicable Tribal or State law, including when the victim lacks capacity to consent. “Sexual harassment” is defined as “conduct that is alleged to constitute sexual harassment under applicable Federal, Tribal, or State law”—meaning that this covers anything that would qualify as sexual harassment under Title VII of the Civil Rights Act of 1964 (Title VII).

Under Title VII, sexual harassment is unwelcome conduct that is based on sex (including sexual orientation, gender identity, or pregnancy) where enduring the offensive conduct becomes a condition of continued employment, or the conduct is severe or pervasive enough to create a work environment that a reasonable person would consider intimidating, hostile, or abusive.2

The public pressure to give victims the freedom to pursue claims publicly in court despite prior arbitration agreements has been building in recent years, and this is not the first law of its kind. Other states, including New York, have passed laws that bar forced arbitration of sexual assault and harassment claims. California also passed a law banning employers from requiring the execution of arbitration agreements as a condition of employment. Indeed, Senate Majority Leader Chuck Schumer (D – New York) described the legislation as “long overdue.”3

President Biden has expressed support for the bill and seems poised to sign it into law. And in a Statement of Administration Policy issued on 1 February, White House officials said that the bill could be a model for addressing forced arbitration for other claims “including arbitration of claims regarding discrimination on the basis of race, wage theft, and unfair labor practices.”

In the near term, this legislation, described by Senator Schumer as “one of the most significant changes to employment law in years,”4 will have far-reaching implications for employers. It is estimated that more than 60 million Americans are currently subject to mandatory arbitration clauses in the workplace.5

Employers may want to begin reassessing their employment agreements and preparing for the likelihood that sexual assault and harassment claims will likely no longer be subject to mandatory arbitration. We would also advise monitoring expected litigation concerning H.R. 4445, which should bring some clarity to the bill’s scope and application.

For example, it remains to be seen how courts will interpret when a “dispute or claim” “arises or accrues.” Will that be when the sexual assault or harassment first occurs or when the employee makes a complaint? Another open question is whether employers will need to provide any notice to employees of their right to dispense with arbitration clauses or joint-action waivers and, if so, how and when such notice should be provided. It will also be interesting to see how this bill will interact with confidentiality, nondisparagement, and other common clauses included in employment agreements, and whether it will apply to cases involving other employment-related claims that are still subject to mandatory arbitration. In other words, if an employee brings a sexual harassment claim and race discrimination claim, can both claims proceed in court under H.R. 4445 or will they need to be pursued separately—one in court, one in arbitration?

Now is also a good time for employers to revisit anti-harassment policies, procedures, and training programs, which may not have been updated during the COVID-19 pandemic. The U.S. Equal Employment Opportunity Commission, which is the federal agency responsible for the federal laws that make it illegal to discriminate against employees because of their sex, among other legally protected characteristics, advises that prevention is the “best tool to eliminate harassment in the workplace” and encourages employers to establish effective complaint or grievance processes, provide anti-harassment training to their managers and employees, and take immediate and appropriate action whenever an employee complains.6 Indeed, employers should seek to eliminate all harassment, even when it does not rise to the legal definition referenced above, as such conduct could be the subject of a complaint and could negatively impact the workplace in many other ways.

Thu Feb 17 , 2022
When Joe Biden dismantled Trump-era border protections on his first day in office, he created a slow-burning national security crisis.  Murderers, pedophiles, rapists, gang members and terrorists — some previously deported — are among the 2 million illegal aliens who were apprehended crossing the wide-open southern border last year. That […] 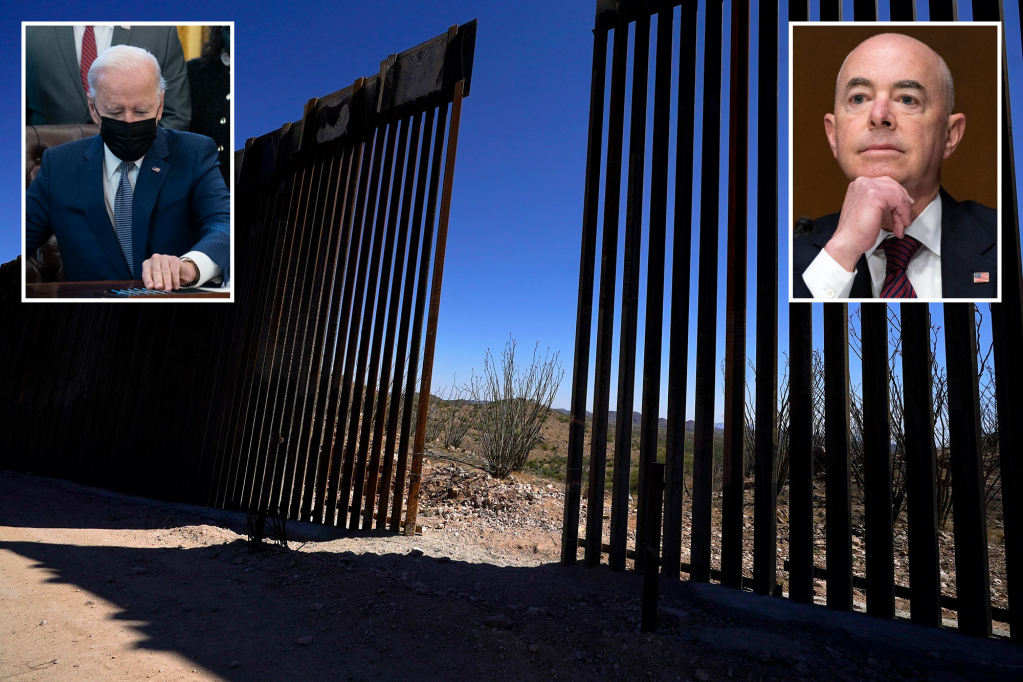