The Supreme Court this week ruled against a Georgia man who has lived in the U.S. for decades and faces deportation after checking the wrong box on a driver’s license application.

The ruling will make it more difficult for noncitizens who are fighting deportation in immigration court to get a federal court to review decisions about the facts of the case made by the immigration judge or other parts of the federal immigration bureaucracy.

The case centered on an Indian citizen who entered the U.S. unlawfully in 1992 and was trying to become a permanent resident. In 2008, while waiting for his green card application to process, he mistakenly checked a box on a Georgia driver’s license application stating he was a U.S. citizen. He was charged with making a false statement, and though the charges were dropped, the Department of Homeland Security (DHS) placed him and his family in removal proceedings.

The immigration judge decided that the box had been checked on purpose, and the Board of Immigration Appeals (BIA) agreed with the original immigration court. The case was appealed to the 11th Circuit Court of Appeals, but the federal appeals court said it did not have the jurisdiction, or authority, to hear the case.

The Supreme Court essentially agreed with the BIA, with Justice Amy Coney Barrett writing the opinion for the majority. Justice Neil Gorsuch wrote a blistering dissent, joining the three liberals on the 9-justice panel.

“On the majority’s telling, courts are powerless to correct bureaucratic mistakes like these no matter how grave they may be,” he said. “It’s an eye-catching conclusion,” he added, and said the case did not represent some “small sideshow.”

No Link Between Baby Formula Shortage and Immigration

As the nationwide baby formula shortage continues, some Republican lawmakers have attacked the Biden administration by falsely claiming that it is stockpiling baby formula for undocumented immigrants being held at the border, rather than distributing it to American stores.

Despite there being no evidence of the claim, conservative outrage over the availability of baby formula at border holding facilities began last week as some lawmakers took to social media and Fox News to claim that the government was “happy to provide baby formula to illegal immigrants” while American parents struggled to find baby formula.

Secretary of Homeland Security Alejandro Mayorkas forcefully denounced the connection between the national baby formula shortage and the availability of formula at border facilities along the U.S.-Mexico border.

DHS Announces TPS Registration Process for Afghans in the U.S.

The Department of Homeland Security (DHS) announced a new Temporary Protected Status (TPS) registration process for Afghan nationals. Beginning May 20, applicants can now file online through November 23, 2023. All individuals who want to request TPS under the designation of Afghanistan must file an application.

DHS posted the notice in the Federal Register, which provides information about how to register for TPS under Afghanistan’s designation. Secretary of Homeland Security Alejandro N. Mayorkas previously announced the 18-month designation of Afghanistan for TPS.
To be eligible for TPS as an Afghan national, individuals must demonstrate that they have been living continuously in the United States since March 15, 2022, and have been continuously, physically present in the United States since May 20, 2022.

U.S. Citizenship and Immigration Services estimates that 72,500 Afghans currently in the country may be eligible for TPS.

CBP to Disband Teams Who Covered Up Abuse

After pressure from immigration advocates and government officials, Customs and Border Protection (CBP) is disbanding the controversial Critical Incident Teams. The units are accused of systematically covering up allegations of agent misconduct.

CBP Commissioner Chris Magnus issued a memo on May 3 dismantling the CITs. By Oct. 1, he wrote, the Border Patrol “will eliminate all Critical Incident Teams” and its personnel “will no longer respond to critical incidents for scene processing or evidence collection.”

Criticism of the controversial teams, which are not a formal or codified unit under the CBP operations manual, has been increasing in recent months. The units have been accused repeatedly by immigration advocates and human rights groups of operating as a “shadow police force,” with even some U.S. lawmakers referring to the units as “rogue units.”

National Partnership for New Americans (NPNA) is the immigration advocacy organization behind the campaign. One aspect of NPNA’s mission is to make the naturalization process more accessible for all immigrant communities in the U.S.. The AAPI naturalization campaign is designed to reach Asian immigrants directly and empower eligible green card holders to take the final step in their immigration journey.

Raising awareness amongst AAPI immigrants about the benefits of U.S. citizenship is at the forefront of the #2Millionby2022 campaign. The ability to work in government positions, travel freely, and access public assistance programs may entice some to naturalize. The right to vote and make one’s voice heard is another benefit synonymous with U.S. citizenship.

As one of the fastest growing ethnic groups in the U.S., AAPI individuals have the potential to shape elections and play a pivotal role in the country’s political discourse. In the last three presidential election cycles, AAPI voter turnout increased significantly, with more than 620,000 new AAPI voter registrations. As populations continue to grow, naturalization can be used as a powerful tool to ensure political representation in the U.S. for AAPI communities.

Mon May 23 , 2022
Happy May! As the weather gets warmer, we hope you are remaining safe, relaxed, and healthy. Please read on to find the latest news in law firm hiring and expansion, legal industry recognition, and pro bono and legal aid efforts. Law Firm Hiring and Expansion Sidley Austin LLP has expanded […] 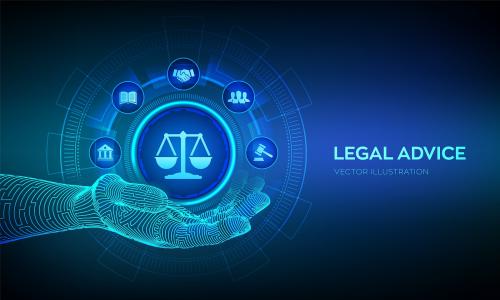