The Boston Celtics are in the NBA Finals for the first time since 2010, thanks to Brad Stevens. Although he’s no longer the brains behind the bench, Brad is still the acting president of the Celtics organization. In addition to this, he also deserves credit for developing the then-promising core of Jayson Tatum, Jaylen Brown, and Marcus Smart. While Brad has taken the franchise to new heights, the road hasn’t been smooth. Nevertheless, through the ups and downs, there has been a proud supporter by his side. For this piece, let’s get to know more about Brad Stevens’ wife Tracy Wilhelmy Stevens.

Tracy and Brad met and started dating ever since their high school days. The couple went on to date for several years before sharing their vows in August 2003.

Tracy Wilhelmy Stevens was born on October 7, 1979 in Rocky River, Ohio. She attended Rocky River High School. Later on, she studied at DePauw University with her eventual husband, Brad. Here, Tracy played for the women’s football team and was also the team captain. She stirred the squad to an appearance in the NCAA Division III tourney. While playing football, Tracy would also take up a double degree major in conflict studies and political science. The couple would go on to graduate together as part of the Class of 1999.

After graduating university, Tracy would earn a law degree in Case Western Reserve University School of Law, specializing in contract and labor law. Shortly after earning her degree, Tracy started her career as an attorney with Bingham Greenebaum Doll LLP, specifically an employment lawyer.

After marrying Brad in 2003, the couple expected their first child in 2006. Tracy and Brad would name the child Brady. With a new family member, Tracy made a decision to resign as an attorney in order to support her husband and to manage the household. Brad and Tracy eventually welcomed their second child in 2009 whom they named, Kinsley.

Although Tracy no longer works as an attorney, she still serves as an important figure for various institutions. Tracy was part of the board of advisors for the Greater Boston Food Bank. In 2014, she was named as one of the board of trustees for Butler University.

Curiously enough, Butler University has a special place in the relationship between Tracy and Brad. Back in 2000, Brad contemplated whether or not to accept a volunteer job offer at Butler University’s basketball program. Although this meant Brad leaving his stable job at Eli Lily, which is a pharmaceutical company, Tracy eventually gave him her support as she saw his passion for basketball. As we all know, Brad would emerge as one of the best coaches in the NCAA and in the modern NBA.

Although Tracy no longer worked as an attorney, her knowledge and skills regarding contracts still came in handy. When Brad was in the midst of contract negotiations with the Celtics organization, it was Tracy who played a critical role in examining the technical aspects of the contract. According to Tracy, when it comes to Brad’s contracts, she’s in-charge.

In an interview with Indianapolis Star, Tracy claimed “Brad uses a group to do his speaking and marketing deals, but I do his contracts. I was a labor and employment attorney so looking at a contract is exactly what I was trained to do. This was not like a grueling negotiation. It was a conversation mostly between Brad and Danny Ainge, but I had a few conversations with their general counsel about a couple of technical points.”

It’s obvious that Tracy’s skills as an employment lawyer haven’t gone away. As we all know, Brad would eventually agree to coach the Boston Celtics on a lucrative six year, $22 million deal.

Tracy is certainly an accomplished woman. Having to earn a double degree back in college, while serving as the team captain of the football team is no easy feat. Moreover, earning a law degree and becoming a licensed attorney are respectable accomplishments. All of these she accomplished while being a proud supporter of her husband from day one. Nonetheless, this is all the information we have on Brad Stevens’ wife Tracy Wilhelmy Stevens. 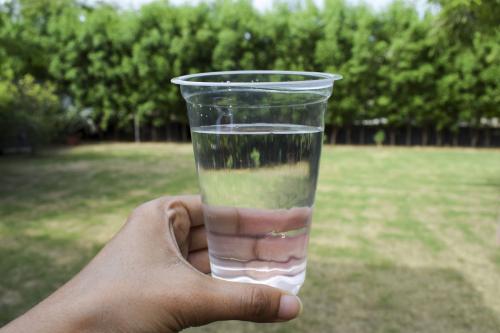