A law that Gray Davis signed in 2003, five days after voters decided to oust him from the governorship, is the the subject of new political and legal conflicts.

On Oct. 12, 2003, five days after California voters decided he should be ousted from the governorship, Gray Davis signed Senate Bill 796, a valuable gift to the labor unions, attorneys and other groups that supported him during the recall election.

The measure created the Private Attorneys General Act, which opened the door to lawsuits against employers for alleged violations of state laws governing wages and working conditions.

California is the only state with such a law and nearly two decades later, PAGA, as it’s known, is the subject of a potential ballot measure and new skirmishes in the Legislature while the U.S Supreme Court weighs whether it should be erased because it conflicts with federal law.

Davis was able to sign SB 796, despite the Oct. 7, 2003 recall vote, because he remained governor until the election results were certified and successor Arnold Schwarzenegger took office five weeks later.


At the time, only the state’s Department of Industrial Relations was authorized to investigate labor law complaints and issue fines. Unions and employment attorneys contended that the state agency was overworked and that employers could easily escape penalties by requiring their workers, as a condition of employment, to agree that any disputes be subjected to arbitration rather than legal action.

PAGA authorizes lawsuits even when employees have agreed to subject disputes to arbitration.

Over the 18 years since PAGA became law, thousands of cases have been filed and many settled, but the state Chamber of Commerce and other business groups contend that while it has been a lucrative source of fees for lawyers, workers have seen few economic benefits.

The current “job killer” list issued by the Chamber of Commerce includes two bills that would expand PAGA. One, Senate Bill 1044, would allow employees to refuse to work if they consider it unsafe to do so. The other, Senate Bill, 1162, would require employers to file detailed reports on their workers’ salaries, broken down by ethnicity, gender and other criteria.

Business groups have filed an initiative ballot measure to repeal PAGA. Meanwhile, the U.S. Supreme Court last week heard oral arguments on a lawsuit that could doom PAGA because it allows suits even when employees have signed arbitration agreements.

The case, Viking River Cruises, Inc. v. Moriana, stems from a suit filed by Angie Moriana, a former sales representative for Viking, alleging that the cruise line violated California labor law, even though she had signed an arbitration agreement.

We rely on your generous support to cover the stories that matter most to you. If you find our work valuable in these difficult times, please support our journalism.


Moriana’s suit not only applies to her case but other Viking employees, thus creating the potential for large awards of damages. State courts ruled for Moriana and the state Supreme Court refused to hear the case because it had already declared, in a 2014 ruling, that PAGA rendered arbitration agreements unenforceable.

However, the U.S. Supreme Court had overturned the state Supreme Court in that case, so Viking took its argument to the federal court.

Viking, backed by the Chamber of Commerce and other business interests, argues that PAGA violates the 1925 Federal Arbitration Act, which sanctions arbitration as an alternative to lawsuits in business disputes.

During last week’s oral arguments, members of the Supreme Court’s conservative majority said little, while liberal justices seemed to side with Moriana’s and California’s contention that PAGA is a legitimate tool.

If PAGA is overturned, the immediate effect would be on California, the only state with such a law, but if PAGA survives, it could spark efforts to enact similar laws in other blue states where labor unions have strong political power.

Sun Apr 17 , 2022
“The Department remains committed to using every available federal tool—including criminal, civil, and administrative actions—to combat and prevent COVID-19 related fraud. We will continue to hold accountable those who seek to exploit the pandemic for personal gain, to protect vulnerable populations, and to safeguard the integrity of taxpayer-funded programs” US […] 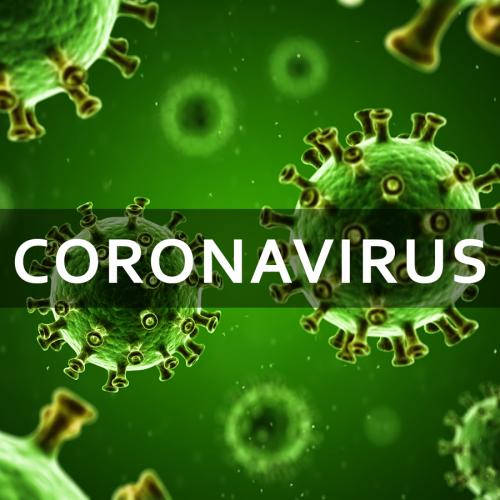