On January 27, 2022, the Supreme Court of California issued a decision that changes the burden for employers that are defending against current or former employees’ whistleblower retaliation claims.  In Lawson v. PPG Architectural Finishes, Inc., No. S266001,___ Cal.5th ___, the Court answered a question that the Ninth Circuit had certified in an effort to dispel “widespread confusion” over the evidentiary standard for retaliation claims bought under California Labor Code section 1102.5.  Some courts had concluded the traditional burden-shifting framework set out in McDonnell Douglas Corp. v. Green (1972) 411 U.S. 792, should apply, with plaintiffs having to prove that they were retaliated against for a pretextual reason.  Others had decided that the more employee-friendly California Labor Code section 1102.6 should apply, with employers having to prove by clear and convincing evidence that the plaintiffs would have suffered the challenged consequence (such as losing their jobs) even if they had not identified any wrongdoing.  The California Supreme Court sided with the latter group, holding that section 1102.6’s framework applies both on summary judgment and at trial.

In Lawson, the plaintiff sued his former employer under section 1102.5 for firing him after he complained of allegedly fraudulent practices.  The district court granted the employer’s motion for summary judgment on the ground that the plaintiff failed to demonstrate that the employer’s stated reasons for termination, including poor performance, were pretextual.

The issue on appeal was the appropriate framework for Lawson’s claim.  The district court applied McDonnell Douglas’s three-part burden-shifting framework:  (1) the employee establishes a prima facie case of retaliation; (2) the burden of production shifts to the employer to articulate a legitimate reason for its decision; and (3) the burden shifts back to the employee to show that that the employer’s reason is pretextual.  Lawson argued the district court instead should have followed section 1102.6’s two-part framework, which mirrors the analysis required for retaliation claims brought under the Sarbanes-Oxley Act and related federal statutes:  (1) the employee demonstrates (by a preponderance of the evidence) that retaliation was a “contributing factor” in the adverse employment action, and (2) the burden shifts to the employer to prove (by clear and convincing evidence) that the adverse action would have occurred even if the employee had not engaged in protected conduct.  The Ninth Circuit certified the question to the California Supreme Court because, it observed, the “state’s appellate courts do not follow a consistent practice.”

In a unanimous decision written by Justice Leondra Kruger, the Court held that section 1102.6 governs section 1102.5 retaliation claims.  The Court anchored its conclusion in the statutory text:  The statute “[b]y its terms” specifies “the applicable substantive standards and burdens of proof.”  The statute’s legislative history, by contrast, “yields no clear answers on the McDonnell Douglas question.”  The Court also observed that the McDonnell Douglas framework is not “well suited” to employee-whistleblower claims because while McDonnell Douglas presumes an employer’s reason for adverse action “is either discriminatory or legitimate,” a section 1102.5 plaintiff can prove unlawful retaliation “even when other, legitimate factors also contributed to the adverse action.” Finally, the Court rejected the employer’s argument that the McDonnell Douglas framework should apply at least during the summary judgment stage, explaining that “the parties’ burdens of proof at summary judgment generally depend on their burdens of proof at trial.”

The Court’s decision changes the burden that employers must satisfy in attempting to prove that they took adverse employment actions for legitimate, nonretaliatory reasons.  Under McDonnell Douglas, an employer has to show only a legitimate, nonretaliatory reason for its decision, at which point the burden shifts to the employee to prove that reason is pretextual.  But under section 1102.6, an employer must instead prove, by “clear and convincing” evidence, that it would have taken the same action against the employee “even had the plaintiff not engaged in protected activity.”  Section 1102.6 thus makes it easier for employees alleging retaliation to prove their case and avoid summary judgment. Yet the Court’s decision did not change plaintiffs’ burden to establish, by a preponderance of the evidence, that their protected activity “was a contributing factor in a contested employment action.” The Court also made clear that under the section 1102.6 framework, employers will “be able to raise a same-decision defense on summary judgment,” allowing courts to dismiss “meritless” retaliation claims before trial.

Gibson Dunn’s lawyers are available to assist in addressing any questions you may have about these matters or regarding developments at the California Supreme Court or in state or federal appellate courts in California. Please feel free to contact any member of the Appellate and Constitutional Law or Labor and Employment practice groups, or the following appellate lawyers in California:

Attorney Advertising:  The enclosed materials have been prepared for general informational purposes only and are not intended as legal advice.

Thu Feb 3 , 2022
Wednesday, February 2, 2022 In a recent Press Release dated December 15, 2021, the Office of the Attorney General for the State of New Jersey (the “N.J. Attorney General’s Office”) announced the settlement, via consent order, of alleged HIPAA violations involving three, New Jersey based cancer treatment providers, In the Matter of RCCA MSO […] 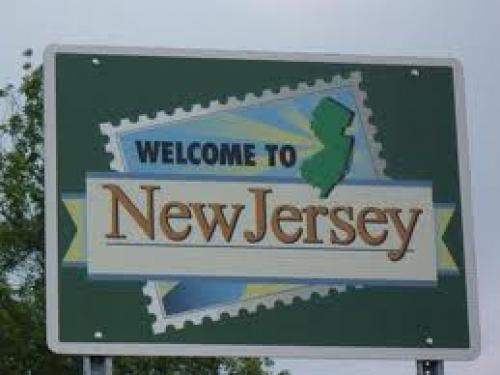