Last December, a hearing officer with the Labor Commissioner finally ruled that Arana’s old boss owes her nearly $183,000 in unpaid wages. But by then, the company had filed for bankruptcy, she said. It’s unclear now when — or if — she will be able to collect her wages.

“It’s hard to wait for so long,” said Arana, who craves more stability for her sons, age 3 and 1. “The state should put more attention on these cases because [wage theft] is an injustice that’s hurting our community … We need change.”

The claim process includes a meeting between an agency deputy and both parties to try to reach an agreement. If that fails, the next step is a court-like hearing, where an officer will judge the claim. Employers may settle with workers at any time during the process.

Worker advocates say this kind of enforcement mechanism is vital to protecting workers’ rights and combat paycheck violations that rob Californians of billions of dollars each year.

But the lengthy delays dissuade wage theft victims from complaining about labor violations to the state, particularly because people living paycheck to paycheck need financial relief urgently, said María Moreno, lead organizer with the Restaurant Opportunities Center of the Bay.

“Our workers are not in a position to wait years for damages,” said Moreno. “By then they might already be evicted from their home, or moved on from their job.”

Moreno says she explains to workers that filing a claim with the Labor Commissioner is an option. But she also recommends other strategies to try to collect wages, such as drafting a demand letter to the employer outlining the violations, and organizing with other workers and advocates to pressure businesses to comply.

Yu, the agency’s assistant chief, said the pandemic forced the agency to halt in-person hearings for a year and a half, which slowed operations significantly.

But even before the pandemic, understaffing was a key problem at the Labor Commissioner’s Office, which is also known as the Division of Labor Standards Enforcement. In a 2019 budget request to the state Legislature, agency officials said the wage adjudication unit was “drowning in stale wage claims awaiting hearing” and in desperate need of more hearing officers and other staff to process the cases.

Over the last two years, the agency referred more than 15,000 wage claims to a hearing — but resolved only half that number, according to the latest agency figures.

Meanwhile, the total number of wage claims filed did drop during the pandemic. There were 32,000 new cases filed in 2018 but just 19,000 in 2021 — possibly because businesses were shutting down or workers feared losing their jobs if they complained, officials said. But that didn’t help the agency catch up with the backlog.

And staffing problems remain. Currently, there are just 64 hearing officer positions statewide, according to the state Department of Finance. Nearly 20% of those positions are vacant, said Yu.

‘Definitely a need for more staffing’

In addition to judging the wage claims, hearing officers must handle appeals from employers who have been cited by the Labor Commissioner. Those major investigations by the agency’s Bureau of Field Enforcement typically cover violations affecting dozens or hundreds of workers.

But over the last year, the agency has seen significant staff turnover, including in Oakland and San Francisco, which they described as “difficult-to-hire” areas partly because of the high cost of living.

“There is definitely a need for more staffing,” said Yu. “The hiring of our hearing officers remains a top priority.”

He added that the agency will get a budget increase in July that allows for four more hearing officer positions.

But even if the Labor Commissioner fills all the vacancies and adds those new officers, it won’t be enough staff to get rid of the backlog, said Veronica Chavez, the labor lawyer at Centro Legal de La Raza, who has many clients with claims in Oakland and San Francisco.

“We do understand that the Labor Commissioner’s understaffed and we want to be supportive,” Chavez said. “But we also want this to be resolved.”

One of her clients, an East Bay restaurant cook named Alexander, said he was only paid about $600 a week, though he often worked 12-hour shifts, seven days a week. His complaint estimates he’s owed more than $160,000. KQED is not disclosing his last name because he fears it could hurt his case.

Alexander said he was hopeful when he filed his claim back in September 2018.

Three and a half years later, he’s still waiting for a hearing. And not knowing if he’ll ever get paid has left him hopeless and depressed, he said.

“I’m praying to God that this can be resolved soon, that the state starts working harder so they can solve this problem,” said Alexander, who supports his wife and teenage son.

San Jose state Assemblymember Ash Kalra, who chairs the Assembly’s Labor and Employment Committee, said he understands workers are frustrated that they’re not getting justice in a timely manner.

“Delays that go on for years are completely unacceptable and we have to do better,” Kalra told KQED.

Kalra said he is ready to work with the administration and push for more resources for the Labor Commissioner’s Office. He suggests making the job of hearing officer more attractive, so the agency can compete for candidates who might otherwise go to the private sector.

“You also have to have the job classifications pay more,” he said. “That’s not something that can necessarily be legislated, but it is something the administration should look at.”

The salary for new hearing officers, whose position is officially known as Deputy Labor Commissioner II, ranges from $6,500 to $8,360 per month, according to the state’s civil service pay scale. Candidates must be college graduates with experience in industrial relations management or negotiation of labor agreements, among several requirements.

Governor Gavin Newsom’s proposed budget includes $145 million for the Labor Commissioner’s Office, about a $10 million increase from the current fiscal year. The new money would fund 145 more positions across the agency, including for wage claim adjudication. 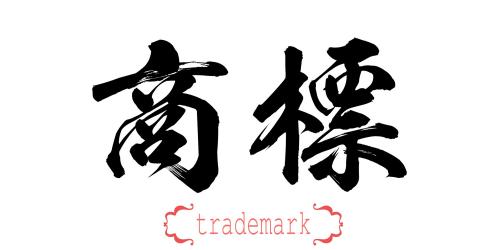