Conservative lawmakers across the U.S. have unleashed a wave of state legislation attempting to restrict access to abortions and to gender-affirming medical care for transgender youth by allowing lawsuits to be filed against anyone who helps them.

But now there’s a new twist in what appears to be a broader Republican strategy: Representatives in multiple states are pushing bills that would attempt to limit what residents can and can’t do even beyond state lines.

Recently in Missouri, a state representative introduced a measure that would let people sue anyone they suspect of helping a resident get an abortion in another state.

More than 1,500 miles away, an Idaho bill seeking to ban gender-affirming care for youth would have made it a felony to help a child access care outside the state. While Idaho Senate leaders last week said they will not be taking up the bill — essentially killing it, for now — it was easily passed by the Republican-led Idaho House a day earlier.

Legal experts say these so-called bounty hunter bills are most certainly unconstitutional and have little chance of withstanding legal challenges.

“States are free to have their own rules, and those rules differ from state to state. But the notion that a state can tell its citizens what they could do, not just within but without their borders, really is anathema to how we think of our constitutional system,” Stephen Vladeck, a constitutional scholar and law professor at the University of Texas School of Law, tells NPR.

The chilling effect of these experimental bills is a win for their backers, even when they don’t pass

At their core, Vladeck says, such bills are legal experiments intended to slowly erode constitutional protections. “What’s ominous and scary about them is that if they work even a little, even the fact that they’re part of public discourse, they’ve done a ton of damage to our constitutional system.”

Mary Elizabeth Coleman, the Republican state representative behind the Missouri bill, told The Washington Post that she has been trying to figure out how to stop people from getting out-of-state abortions since Planned Parenthood opened a clinic on the Illinois-Missouri border in 2019.

The mother of six, who has revealed that she has at times had two nannies to help with her children, added that she has been talking to “anyone who would listen” about legal strategies for thwarting Missourians from seeking abortions in other states.

“If your neighboring state doesn’t have pro-life protections, it minimizes the ability to protect the unborn in your state,” said Coleman, who is currently running for the Missouri Senate.

Coleman’s provision would make it possible to sue even those who play a tangential role in abortions, including staffers who make appointments and marketing representatives who advertise out-of-state clinics. Anyone caught possessing abortion pills or having anything to do with their manufacturing or distribution could also be the target of a civil suit. It also would attempt to further limit funding to the state’s lone abortion provider, Planned Parenthood.

The Associated Press reports that Coleman’s bill is “among at least 17 bills restricting or banning abortion filed in the run-up to the beginning of Missouri’s annual legislative session in January.”

Taking Texas’ SB 8 to the next level

Coleman denies arguments that the measure is beyond the state’s jurisdiction and therefore unconstitutional. She says it is based on the same principal as Texas’ SB 8, which allows private citizens to bring civil suits against anyone who helps a pregnant person in Texas get an abortion after about six weeks of pregnancy, and to collect at least $10,000 in damages if the lawsuit is successful.

The novel and controversial law took effect last September, and it’s the first of its kind to remove the onus of abortion-related enforcement from the state, putting it in the hands of regular people. Critics, including the Department of Justice and reproductive rights groups that are fighting to strike down SB 8, argue that the enforcement mechanism is an attempt to prevent women and providers from challenging the law in federal court.

While lower courts have ruled SB 8 violates the U.S. and Texas constitutions, the U.S. Supreme Court in January refused for a third time to put it on hold as appeals work their way through federal courts.

At the time, Justice Sonia Sotomayor, writing for the court’s three liberals in dissent, called the case “a disaster for the rule of law and a grave disservice to women in Texas, who have a right to control their own bodies.”

“I will not stand by silently as a state continues to nullify this constitutional guarantee,” she concluded.

How the Supreme Court paved the way for these bills

Vladeck, who calls SB 8 “patently unconstitutional under current law,” says the Supreme Court’s conservative-majority decision to allow it to stand “has enabled and incentivized” state-level Republican legislators to attack other federal rights protected by the court’s decisions. He notes that Chief Justice John Roberts issued a warning about such an outcome in his opinion in December.

Roberts wrote: “The clear purpose and actual effect of S. B. 8 has been to nullify this Court’s rulings. … Indeed, ‘[i]f the legislatures of the several states may, at will, annul the judgments of the courts of the United States, and destroy the rights acquired under those judgments, the constitution itself becomes a solemn mockery.’ “

“The nature of the federal right infringed does not matter; it is the role of the Supreme Court in our constitutional system that is at stake,” Roberts added.

In comparison to the Texas law, Vladeck says it is more likely that the Supreme Court will push back harder on legislation aiming to punish people for going out of state and doing things that are legal there.

“The court will let states get away with doing lots of ridiculous stuff to their own residents inside their state borders,” but because of right-to-travel protections, it is possible “they will strike down laws that make it unlawful to travel out of state for the same behavior.”

“There is a fair amount of precedent that would support that,” he said.

Republicans seem to have nothing to lose and everything to gain

But that shouldn’t be taken as a silver lining, according to Vladeck. “Because even if it does get struck down, we’re no better off.”

“Part of the problem is that there’s no penalty for these states,” he added. “The worst thing that happens is maybe these laws get blocked, in which case they’re no worse off than they started, right?”

He argues that there needs to be a federal mechanism for blocking these types of state laws. “But I wouldn’t hold my breath about either of those,” Vladeck warns.

In the meantime, John Seago, legislative director for Texas Right to Life, which helped write the Texas legislation, is capitalizing on the success of SB 8. Although it empowers people to sue residents for actions only within the state, he told Time last year that the legal strategy is serving as a template for other conservative state leaders who hope to copy the approach.

In fact, Idaho already has. On Monday, state lawmakers passed SB 1309, a bill that bans nearly all abortions after approximately six weeks of pregnancy and that allows family members, such as the father or grandparents of the fetus, to sue any abortion providers who violate the ban. It is now headed to the governor.

“This promises an alternative to that typical path that pro-life laws go down,” Seago said to Time in reference to SB 8, adding that the group is already drafting legislation for other states already.

“This is a valid public policy tool, and we’re excited to see how it works,” Seago said.

Thu Mar 17 , 2022
Daylight saving time begins on Sunday, March 13, meaning Americans in all but two states will be settings their clocks ahead an hour and losing out on some sleep.  Not a fan of adjusting the time on your clock? Many lawmakers aren’t either, and have already launched attempts to keep […] 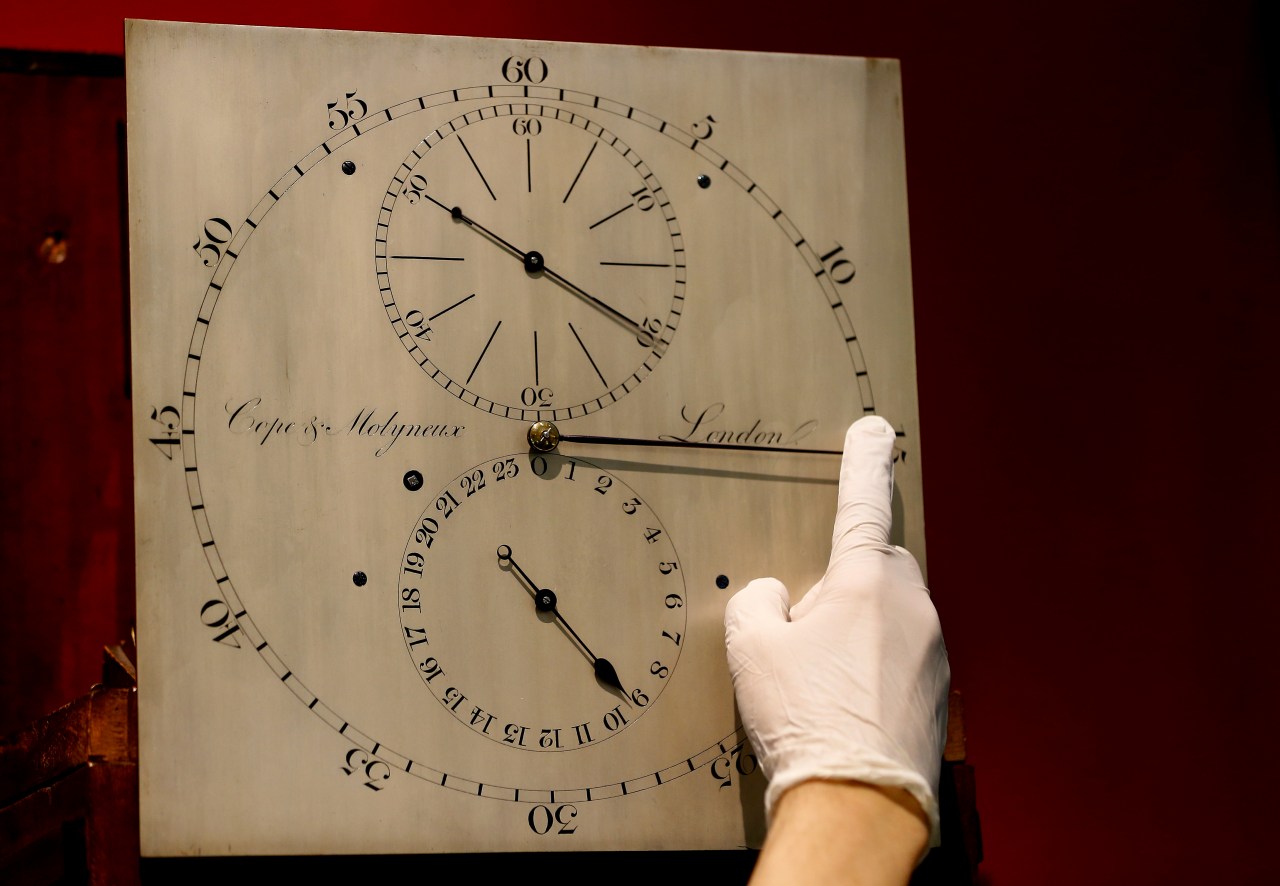