The Canadian government will announce its Immigration Levels Plan 2022-2024 today.

The announcement is expected between 3 PM and 4 PM Eastern Standard Time.

Note: This is a developing story. CIC News will continue to update it as more information becomes available.

Today’s announcement will be the first Immigration Levels Plan since October 2020.

The levels plan guides Canada’s immigration system. It outlines the number of immigrants Canada will look to welcome under its various federal, provincial, and territorial programs. Immigration, Refugees and Citizenship Canada (IRCC) and the provinces and territories then adjust their operations based on the plan to ensure they are able to attract, settle, integrate, and retain the targeted levels of newcomers set to arrive.

The Canadian government then made the surprise announcement in October 2020 it would look to welcome over 400,000 immigrants annually moving forward to help support its post-COVID economic recovery. This represents the highest targets in Canadian history.

Last year Canada broke its newcomer record by landing 405,000 new permanent residents, mostly by transitioning those within the country to permanent residence. Prior to the pandemic, most new immigrants arrived to Canada from abroad.

In 2021, 62 per cent of new immigrants arrived under economic class pathways such as Express Entry, the Provincial Nominee Program (PNP), and Quebec’s streams.

Some 20 per cent were welcomed last year under the family class through the Spouses, Partners, and Children Program and the Parents and Grandparents Program.

A total of 15 per cent were welcomed in 2021 under refugee and humanitarian programs.

The remaining amount were categorized under “All Other Immigration.”

Canada targets high levels of newcomers to support its economy and fiscal standing. Due to its aging population and low birth rate, Canada needs higher levels of immigration to support its population, labour force, and economic growth, as well as to have enough workers to pay the taxes necessary to support important social services such as health care and education. Canada also pursues social immigration objectives including reuniting families, providing humanitarian assistance, and strengthening its Francophone heritage.

Immigration has arguably taken on greater economic importance during the pandemic. Governments across Canada are running fiscal deficits due to increased spending amid the pandemic and weaker economic activity. In addition, employers across Canada are facing labour shortages due to Canada’s aging population, major changes to the economy during COVID, and fewer immigrants arriving from overseas.

Barring the very unlikely scenario Canada holds an election for the second year in a row, the Canadian government will be legally required to table its second Immigration Levels Plan of the year by Tuesday November 1st, 2022 at the latest. This plan will replace the one announced today.

As noted, the 2021 announcement did not take place due to the September federal election.

The Immigration Levels Plan 2023-2025 will be the normally scheduled announcement.

Mon Feb 14 , 2022
A symposium at the University of Virginia School of Law will examine how lawyers are trained and how legal education could improve. “Interrogating Legal Pedagogy and Imagining a Better Way to Train Lawyers” will be held online Feb. 18. The event is hosted by the Virginia Law Review Online. Presenters […] 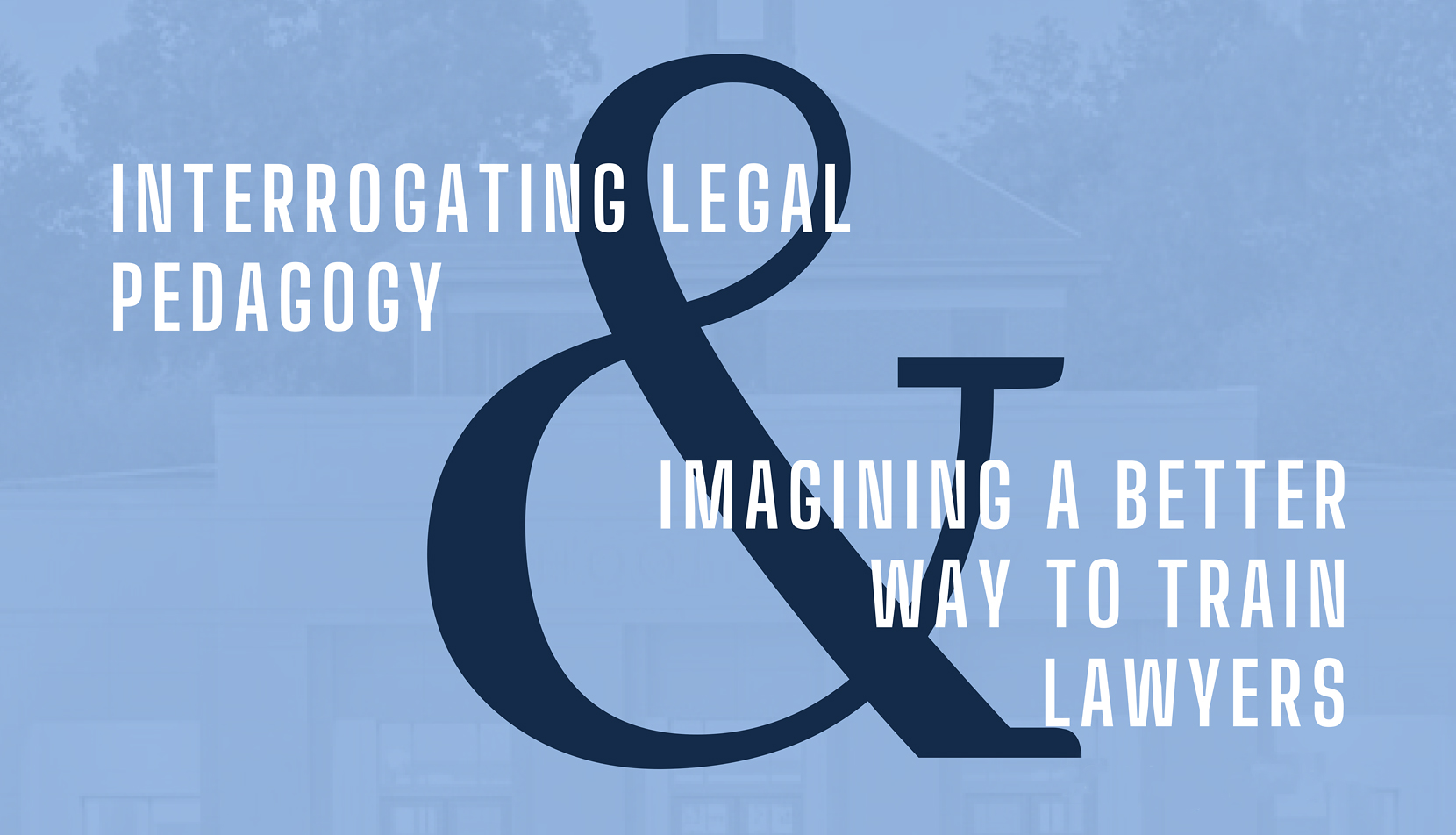