The recreational use of cannabis, commonly known as marijuana, has gained more mainstream acceptance in the U.S. over the past twenty years, with 18 states and Washington, D.C. legalizing cannabis for recreational use, and 37 states allowing for its medical use.

Despite this burgeoning legalization movement, including passage by the U.S. House of Representatives of a cannabis legalization bill on April 1, 2022, cannabis remains illegal federally, and is classified as a Schedule I narcotic under the Controlled Substances Act. Here’s what to know about how cannabis use, sales, or investments can impact an immigration case.

Right off the bat, it’s important to note again that regardless of whether either medical marijuana or recreational cannabis is legal in your state, it is still illegal federally, and the immigration consequences of cannabis use, production, or sales are severe. This is true whether your state has legalized the use of cannabis only for medical purposes, or if they have legalized the plant for recreational use as well.

As noted above, a lot more states have passed laws allowing for medical use than for simple recreational use (37 vs. 18, plus D.C. and the territory of Guam). But even state laws that allow for medical cannabis use conflict with the federal laws, and importantly for this discussion, with the U.S. immigration laws. The immigration laws are tied to the Controlled Substances Act (CSA), signed into law by President Richard Nixon in 1970.

Under the CSA and regardless of state law, it is a federal crime to possess, sell, give away, grow, import, or export cannabis. The law on inadmissibility based on controlled substance trafficking is also written very expansively, including not only the people physically move the controlled substance from point A to point B, but anyone who “is or has been a knowing aider, abettor, assister, conspirator, or colluder with others in the illicit trafficking in any such controlled or listed substance or chemical, or endeavored to do so.”

The stakes for the spouse and children of a noncitizen found to be a controlled substance trafficker under the law are also high: they become inadmissible for five years if they obtained any financial benefit from the cannabis-related activity, and “knew or reasonably should have known” where the money came from. Being found inadmissible means that U.S. immigration authorities can prevent you from entering the U.S., or from getting a green card – in this case for at least five years.

A noncitizen who admits to an immigration officer that they possessed, sold, or used cannabis can be found inadmissible to the United States, denied entry to the country, have their green card or citizenship applications denied, and/or can be placed in deportation proceedings. In certain circumstances, even someone who is already a green card holder can lose their lawful permanent resident (LPR) status and be removed from the country due to a cannabis-related conviction. The conviction makes an LPR deportable unless it stemmed from a single incident involving possession of 30 grams or less for personal use.

However, there is no 30-gram exception when it comes to inadmissibility: if an LPR is convicted of a cannabis–related crime and then leaves the country, the inadmissibility decision based on the previous conviction can prevent the LPR from being able to come back into the country. If they are mistakenly allowed to reenter by Customs and Border Protection (CBP) at an airport or other port of entry (like a land border crossing), they can later be found to be deportable and can be placed in removal proceedings.

In some states, such as Washington, where cannabis has been legal since 2012, U.S. Citizenship and Immigration Services (USCIS) and CBP officers have aggressively tried to entrap immigrants by questioning them at length about their use or possession of marijuana during the 5 years leading up to their citizenship applications (often called “the statutory good moral character period”). If an applicant admits to having used or possessed marijuana during this time, officers have had them sign “marijuana affidavits” that prevent them from becoming permanent residents or citizens for another five years.

As mentioned above, employment by a cannabis producer or distributor, such as in a dispensary or recreational store, can hurt a noncitizen’s chances of gaining permanent residence or citizenship. This is due to the broad writing of the drug trafficking laws, which can cover employees of marijuana growers such as horticulturalists and trimmers, but also the managers and sales associates (or “budtenders”) who work in medical marijuana dispensaries or recreational cannabis stores.

And though employment by a producer or distributor of cannabis will not usually cause legal problems for a U.S. citizen, income earned through work for a cannabis business will not qualify as lawful income for purposes of the Form I-134 or Form I-864, Affidavit of Support used to petition for certain visas and permanent residency. This means that a U.S. citizen who would like to sponsor their spouse or other family members will need to rely on their other financial assets or a joint sponsor to immigrate their family, regardless of the level of (federally taxed) income they earn through their employment.

Additionally, investment in the lucrative and rapidly expanding cannabis business is not allowed for lawful permanent residents, though they are allowed to otherwise purchase shares in American companies and trade on the U.S. stock exchange. This is again due to the expansive language of the controlled substances law, which determines any encouragement or assistance to a cannabis business to be aiding and abetting trafficking and distribution.

In general, immigration attorneys advise that noncitizens avoid cannabis until after they become U.S. citizens, as the penalties for what can seem like a minor mistake are severe.

If you have used cannabis, work or invest in the cannabis industry, or are unsure how the laws around cannabis and other controlled substances might affect you, contact an immigration attorney before traveling outside the country, before filing any applications with the government, or before speaking with an immigration or other government officer.

Wed Apr 27 , 2022
New Jersey voters called for marijuana legalization in 2020, and now the government officially signed off on the start of legal recreational cannabis sales for adults. You are now able to buy cannabis flower, concentrate, ingestible forms of cannabis that aren’t food, and drops or syrups. But, you can’t buy […] 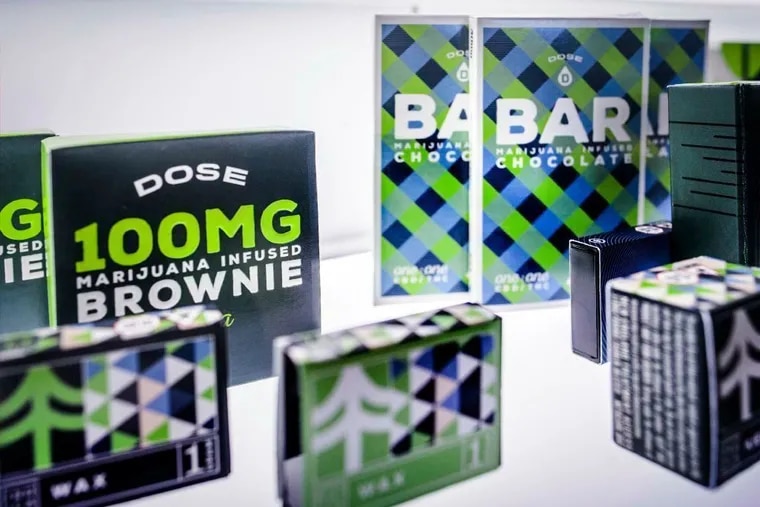