According to the criminal complaint, between March and the end of July 2020, Shittu, 46, of Castro Valley, California, engaged in a scheme to use the personal information of other people to obtain pandemic-related unemployment benefits.  The complaint explains that in March of 2020, as part of the Coronavirus Aid, Relief, and Economic Security Act, the federal government authorized the payment of hundreds of billions of dollars in unemployment benefits to those affected by the COVID-19 pandemic and, since then, many state authorities responsible for distributing those unemployment benefits to their residents have been inundated by fraudulent claims. According to the complaint’s allegations, Shittu fraudulently submitted requests for such benefits and then used some of those proceeds for his own personal gain.

The criminal complaint describes three occasions in which Shittu allegedly disposed of fraudulently obtained benefits.  In the first instance, the Washington State Employment Security Department (ESD) received a request for unemployment benefits on May 5, 2020.  The request was submitted in the name of a resident of Mercer Island, Washington – identified in the complaint only by the initials “S.O.”  The request included the supposed applicant’s correct date of birth and social security number.  The Washington ESD responded to the request by depositing more than $9,000 in an account linked to a reloadable debit card.  A subsequent investigation revealed the account was used by someone in California.  Specifically, a person withdrew cash from several automatic teller machines located in the Bay Area, including Hayward, Castro Valley, and San Jose.  According to the complaint, S.O. told investigating law enforcement that he was not been in California at any time during 2020.  A Walmart customer fitting Shittu’s description was captured on camera using an ATM to withdraw cash from that account.

The criminal complaint describes two additional instances of unemployment benefits being issued by the Washington ESD to Washington residents – one from Seattle and the other from Olympia – after which ATMs in the Bay Area were used to withdraw that money from the accounts or the proceeds from those accounts were spent in Bay Area stores.  In each case, a person fitting Shittu’s description was photographed engaging in transactions relating to the accounts.  According to the complaint, Shittu fraudulently obtained more than $1 million in unemployment benefits from various state agencies, including the Washington ESD.

In sum, the complaint charges Shittu with three counts of access device fraud, in violation of 18 U.S.C. § 1029(a)(5).  Shittu faces a maximum statutory penalty of up to 15 years in prison for each count.  In addition, a court may order restitution, fines, a period of supervised release, and other penalties; however, any sentence following conviction would be imposed by the court only after consideration of the U.S. Sentencing Guidelines and the federal statute governing imposition of a sentence, 18 U.S.C. § 3553.

The charges contained in the criminal complaint are mere allegations.  As in any criminal case, the defendant is presumed innocent unless and until proven guilty in a court of law.

Assistant U.S. Attorneys Andrew Paulson and Kevin Rubino are prosecuting the case with the assistance of Soana Katoa and Mark DiCenzo.  The prosecution is the result of an investigation by the U.S. Department of Labor Office of Inspector General and the Federal Bureau of Investigation.

Fri Feb 4 , 2022
Thursday, February 3, 2022 After going to law school, it can be discouraging to find yourself more of an office administrator than a lawyer. There’s so much administrative work that goes into running a practice, that it can eat up your day in no time. For that reason, the most […] 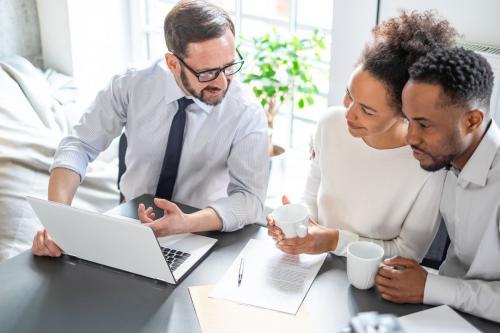