Boulder City pays City Attorney Brittany Walker an annual salary of $125,000, plus extensive insurance coverage, PERS contributions, paid leave and other benefits. But the city also pays hundreds of thousands of dollars each year to outside attorneys. For instance, in fiscal year 2020-21, the amount paid to outside legal counsel was almost $700,000, pushing the city’s annual legal expenses that year close to $1 million.

The city attorney generally engages outside attorneys to assist with her duties, to defend lawsuits against the city not covered by insurance, and for more specialized areas of practice like labor law, utilities, ethics law and criminal matters.

The following is a summary of how the city has used outside attorneys over the last 2 ½ years.

The City Council’s October 2020 firing of former City Manager Al Noyola and former City Attorney Steve Morris has turned into a very expensive legal battle. Morris and Noyola filed the lawsuit alleging various wrongful termination claims, including numerous violations of Nevada’s open meeting law, breaches of contract, retaliatory discharge, bad faith and civil conspiracy, among others. Refusing to pay severance to Noyola and Morris, the mayor and certain City Council members instead elected to fight back, forcing the city to pay over $300,000 in legal fees to the law firm Bailey Kennedy over the last year and a half.

The suit is currently on appeal with no foreseeable end in sight. So, we can expect the city to continue accruing legal fees in this matter at the rate of almost $20,000 per month for years to come. For instance, the city’s attorneys recently filed an 80-page appeal brief, which will likely cost us another $50,000 or more in fees.

At some point, one has to question whether that $350,000 (escalating rapidly toward a half million or more) would have been better spent buying out Morris and Noyola’s contracts, especially since the city may end up having to pay them over a million dollars in severance anyway.

The foregoing amounts don’t even include almost $18,000 in legal fees spent on a related investigation into several complaints filed by city employees against Mayor (Kiernan) McManus based on harassment, bullying, hostile work environment and discrimination.

Furthermore, in addition to Bailey Kennedy, two other law firms represent the city and the mayor in the lawsuit. And although the city’s insurance pool is now footing the bill for the tens of thousands more being paid to those firms, it appears the city had to pay handsome deductibles to initially retain them.

The city has categorized all of its legal fees spent on the Noyola/Morris litigation and on employee complaints against the mayor as “risk management” funds. And knowing that these matters will likely drag on for several more years, the mayor has been pushing hard to increase the size of that risk management fund. But maybe it’s time the City Council engages in some real risk management analysis to figure out a way to stop the bleeding before these claims balloon so far out of control that they’re beyond the point of no return?

Over the last 2 ½ years, the city has also spent almost $500,000 in outside legal fees on airport matters, including three lawsuits filed against the city and the city’s own internal assessment of airport hangar issues. One of the lawsuits was filed by Bob Fahnestock and his company BFE LLC against the city for taking over the airport’s fuel farm and allegedly refusing to permit him to dispense fuel from a mobile tender.

The other two lawsuits, filed by airport hangar owners Rob Martin and others, involve their refusal to acknowledge the city’s asserted right to take over ownership of the hangars upon expiration of long-standing hangar leases.

Over a quarter of a million dollars in outside legal fees was spent on airport-related matters in fiscal year 2020-21 alone.

Legal expenses paid by the city’s general fund, which total almost $400,000 over the last 2 ½ years, make up the lion’s share of remaining legal fees spent on outside attorneys. Those include approximately $72,000 expended over that same period on labor and employment-related matters. They also include $60,000 paid yearly to Gary Booker for his assistance with criminal matters, plus another $20,000 paid to provide assistance during Brittany Walker’s leaves of absence and on real estate and contract-related matters.

All told, the city has spent an average of almost a half-million dollars annually on outside attorneys over the last 2 ½ years, which equates to a little over $40,000 each month.

One can certainly debate whether or not that was money well spent. But it seems extremely high for a small town that prides itself on fiscal responsibility and traditionally pinches pennies when it comes to hiring its own salaried employees.

Things like the $687,000 settlement that the city recently paid to Tab Contractors Inc., an item that was buried last month in a consent agenda item and approved without any real opportunity for public discussion, also raise serious questions about transparency when it comes to the city’s legal expenses.

Sometimes it seems like the message being sent is shame on us for not paying closer attention. Hopefully we’ll wake up and ask the right questions before big legal expenses like these overwhelm us.

The opinions expressed above belong solely to the author and do not represent the views of the Boulder City Review. They have been edited solely for grammar, spelling and style, and have not been checked for accuracy of the viewpoints.

Rod Woodbury has resided in Boulder City for more than 40 years and is the president and managing shareholder of his law firm, Woodbury Law. He served on the City Council from 2011- 2019, including four years as mayor.

Sun Mar 13 , 2022
WHAT HAPPENED On March 2, 2022, the US Department of Justice (DOJ) Antitrust Division Deputy Assistant Attorney General Richard Powers revealed that the DOJ intends to investigate and pursue alleged criminal violations against individuals or companies who violate Section 2 of the Sherman Act. For more than 40 years, criminal […] 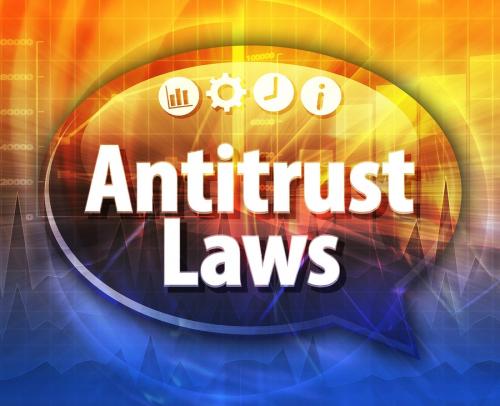