This story was originally published by The World on May 12, 2022. It is reprinted here with permission.

María Teresa Navas Mejía, a long-term employee at the University of Colorado Boulder, recently received her green card thanks to Carina De La Torre and students in the law school’s Immigration Defense Clinic.

University of Colorado law school professor Violeta Chapin, standing next to a projector, showed her students several images of different groups of immigrants at the US southern border, plus refugees fleeing Ukraine.

“There are some really sort of stark visual differences between the treatment of Ukrainian refugees and treatment that we saw of refugees, mostly from Latin America and from Haiti, over the last few years, but also just over the last few months,” she said.

This class is part of the law school’s Immigration Defense Clinic. It’s one of nine clinics at the university in Boulder that allow students to get hands-on experience representing clients. They provide free legal services to immigrants in the community. Some of the students come from immigrant families themselves.

Chapin, who was born in Costa Rica, is the clinic’s director.

“Immigrants, if they want a lawyer — and many of them do, and need a lawyer — they have to pay shocking amounts of money for an immigration lawyer. Many of them just simply can’t afford it.”

“Immigrants, if they want a lawyer — and many of them do, and need a lawyer — they have to pay shocking amounts of money for an immigration lawyer,” she said. “Many of them just simply can’t afford it.”

One of Chapin’s students, Larrisa Alire, who is in her second year of law school, said that she has been passionate about immigration rights since her teens.

“My high school was [about] 90% Latino, and a lot of my peers were undocumented, and they really didn’t learn that they were undocumented until we were, you know, old enough to get our first job, and you realize you don’t have a social security number,” she said.

Immigrant law is complex. But just like her classmates, Alire has learned a lot during the yearlong course. Since last fall, the students have helped nearly 139 clients renew their status with Deferred Action for Childhood Arrival (DACA), an Obama-administration law that allowed young people who came to the US as children to remain in the country. 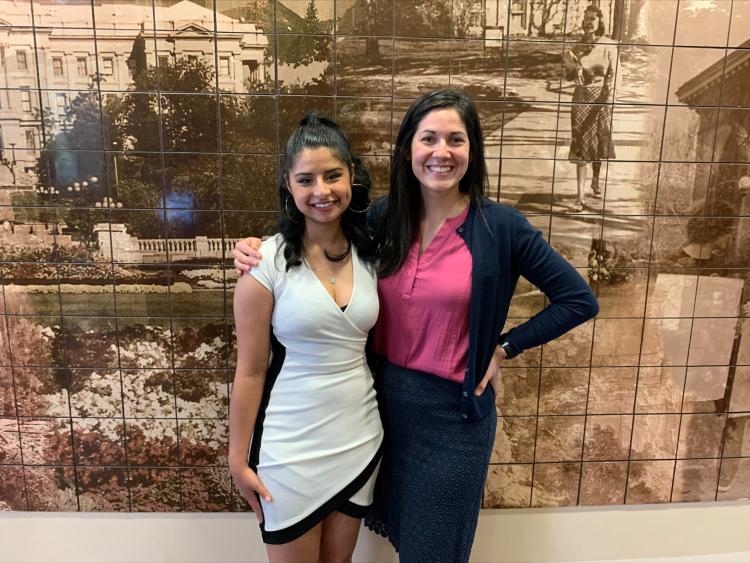 The students also work under Chapin’s supervision and bar license, which allows them to assist on criminal cases.

“This semester, I had a criminal immigration case, and my client was a lawful permanent resident charged with petty crime,” Alire said.

The clinic has also represented more than 20 longtime university employees from El Salvador, who have temporary protected status (TPS), which allows them to work.

The students are helping them become permanent residents. This includes María Teresa Navas Mejía, who has worked at the university for 23 years. She is a housekeeper in the dorms and said that she loves her job.

“I feel so happy. When they told me that they were going to give me my residency, I just cried because, for me, it was a big achievement,” Navas Mejía said in Spanish.

Carina De La Torre translated for her. De La Torre is a recent Colorado law school graduate and former student of Chapin’s. She now works at the university as a racial justice clinical fellow with the law clinics. She plans on taking the bar in July and pursuing immigration work with a nonprofit organization.

“My parents are immigrants. I have a lot of undocumented family members, and I just saw how unfair and unjust our immigration system is.”

“My parents are immigrants,” she said. “I have a lot of undocumented family members, and I just saw how unfair and unjust our immigration system is.”

One of her main jobs is working with TPS holders, like Navas Mejía, who often work in dining and custodial services at the university.

“These employees are part of our community. Their kids [are] students here at CU [University of Colorado],” she said. “They own houses. They go to the same schools that professors have their children at.” 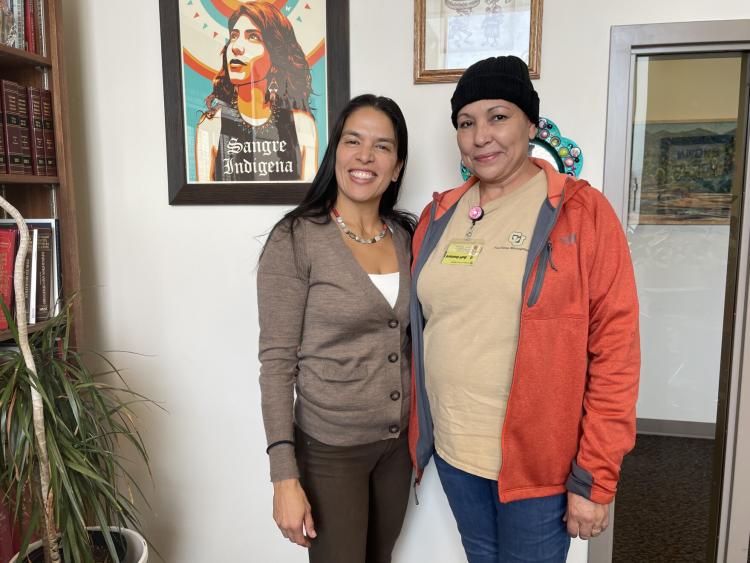 The school is supportive of the clinic, said Patrick O’Rourke, executive vice chancellor and chief operating officer for the University of Colorado’s Boulder campus.

“It’s also important for us to be able to have a workforce that knows that, if there’s a need, that we will try to be able to react to that need and protect them,” he said.

The clinic is a valuable way for students to learn, he said, while also serving the university’s broader mission: to advance humanity.

“Part of what we need to be able to do is understand the challenges that undocumented workers face and be able to recognize their rights and have our students invested in being able to make the world a more just place,” he continued.

For second-year student Marina Fleming, the work she’s done with the clinic has underscored the importance of immigration law.

“It allows you to see all of the doors that can be available to you as a practitioner and how many doors you can potentially open up for other people who are navigating any number of immigration issues in their lives.”

The first-generation college student said that the clinic is her favorite part of law school. It makes the learning feel real.

“Being able to go to court and just speak to a judge and to feel what it feels like to stand up, to assert your voice, not for yourself, but on behalf of another person is powerful,” she said.

Sun May 22 , 2022
In the first two instalments of our series we examined the progress of English law to provide a secure and certain legal infrastructure for cryptoasset investment and management. In particular, we looked at how recent English case law has addressed the following questions: (1) Are cryptoassets property and (2) Can […] 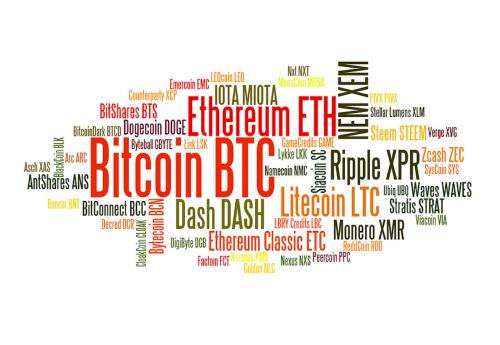