Border Patrol agents detain a group of migrants in El Paso, Texas, near the border wall after they entered the U.S. from Ciudad Juarez, Mexico, in February.

Border Patrol agents detain a group of migrants in El Paso, Texas, near the border wall after they entered the U.S. from Ciudad Juarez, Mexico, in February.

After weeks of calls from Democrats in Congress for the White House to produce a more detailed plan for when it lifts Title 42 next month, the Department of Homeland Security released additional details Tuesday afternoon.

For weeks, Democrats have been divided on whether Title 42 should end. Several Democrats have expressed how an expected surge of migrants might cause chaotic scenes at the border ahead of the midterm elections and argued for extending Title 42, which keeps out migrants from a country where a communicable disease was present.

The public health order was first issued in early 2020 under the Trump administration as the COVID-19 pandemic took hold. It prevented migrants from crossing the Southern border, including anyone seeking asylum.

But in the past month, immigration advocates have been sounding the alarm about the detrimental effects on the Democratic Party in the midterm elections if Title 42 is not lifted. They say if Democrats don’t oppose removing the public health order, they risk losing base voters at a time when there is already low enthusiasm.

“Democrats don’t really have anything to gain by supporting Title 42, And they’re not going to get credit from Republicans for doing so,” Bri Gillis, political director at the National Immigration Law Center, told NPR.

“Conceding these Republican talking points is not a political winner,” she said.

Vanessa Cardenas, deputy director at America’s Voice, says Democrats are losing out on an opportunity to drive home their beliefs on immigration — the same ideas that got them elected in 2018 and 2020.

“In an election year where margins matter, Latino voters and other voters who care about this issue are going to be profoundly disappointed,” she said, adding that Democrats are “playing on the Republicans’ field.”

A ‘void in messaging’ from the White House

Gillis also points to the “void in messaging” from the White House the past few weeks as a cause for concern.

And Cardenas says the White House hasn’t been proactive or aggressive enough in outlining its existing plan and communicating that to Democrats on Capitol Hill who are expressing reservations.

On Monday, the White House continued to emphasize that lifting Title 42 on May 23 has not changed and the only way it could change is if Congress chooses to act. But when asked if Biden would sign or reject legislation that would delay Title 42, White House press secretary Jen Psaki did not give a direct answer.

“There’s a lot of steps between now and then. So, at this point, that’s very premature,” Psaki said at Monday’s press briefing. “There are many members who strongly would like to see Title 42 extended. There are many who strongly have the other point of view. So, we are not anywhere near that point in time.”

CNN reported that the White House held a briefing call with Capitol Hill staffers on Tuesday to further outline the administration’s plans, but it came nearly a month after the announcement that Title 42 would be lifted.

Gillis says the lack of messaging from the White House has, in part, led to a point where Republican talking points are getting highlighted instead.

“We need to see Democrats filling that void, not with Republican talking points and embracing rhetoric on the right and operating from a place of fear, but we need Democrats to do exactly what voters elected them to do. And that is put forth solutions,” Gillis said.

Though the White House says Congress could change the course of Title 42, the order is now caught up in the courts, as well. A federal judge on Monday afternoon issued a temporary restraining order on any changes to Title 42, which is set to last two weeks, though it could be extended and potentially interfere with the May 23 deadline to lift it that the Biden administration has announced.

Gillis argues that Democrats taking on a lukewarm or supportive stance toward keeping Title 42 will lose the party some of its base voters. And right now, she says what Democrats need is enthusiasm among their own base.

“The political cost of moving to the right … is going to lose them some of those base voters,” Gillis said. “Democrats know that their recipe for success in winning these tough states is having an enthusiastic base, which we know poll after poll is showing where Democrats are losing voters.”

In a recent NBC News poll, Republicans have a 17-point advantage over Democrats in enthusiasm for the midterm elections. The poll showed 67% of Republicans indicating a high level of interest in the midterms, versus 50% of Democrats.

Where Democrats could lose out on by opposing Title 42, though, is with independent voters. Only 31% support the Biden administration deciding to end Title 42. And right now, independents favor Republicans over Democrats by double digits, according to NBC News polling.

Mon May 2 , 2022
Thompson, Tyler / Ohio State University Moritz College of Law Tax revenues are broken down state by state. A citizen led initiative to legalize recreational use of marijuana could be headed to Ohio ballots this fall. A new independent study by researchers from Ohio State shows that potential tax revenues […] 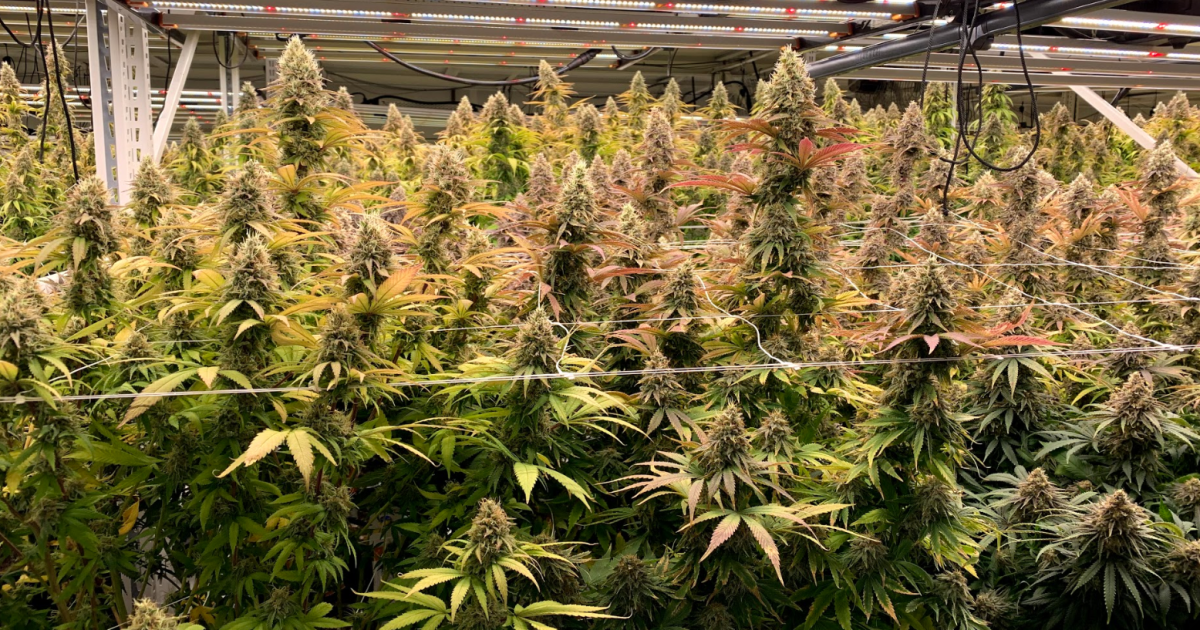