It likely would be difficult for the city to require Jacksonville Sheriff Mike Williams to give back any of the salary he has received since he moved out of the county in March 2021, according to a Jacksonville labor and employment law attorney.

Williams resigned June 2, effective June 10, amid questions about whether he vacated his office when he moved out of Duval County to Nassau County when Duval County residency is required of the sheriff by the city charter.

Tad Delegal, a partner at Delegal & Poindexter, is board certified in labor and employment law as well as state and federal administrative practice by The Florida Bar.

“Once somebody has performed the services, it’s hard to claim the employer is entitled to a refund,” Delegal said.

“I don’t think there is a good avenue to try to recoup money from him.”

The residency issue came to light when property records were discovered indicating that Williams and his wife sold their home in Jacksonville and listed an address in Fernandina Beach, in Nassau County, on the deed for sale.

Delegal said that from an employment law standpoint, it could be difficult for the city to prove that Williams committed either civil or criminal fraud by moving out of Duval County while in office.

“Real estate records are public. There’s no intent to hide that he moved out of the city. By all indications, he did not realize he was violating the law and did not have intent to commit fraud.

“I think he failed to fully investigate the law. That could be negligence, but not fraud,” Delegal said.

Williams resigned just hours before the city Office of General Counsel was scheduled to release an opinion about the legality of his residency status.

City Council President Sam Newby, who gave the city’s general counsel office until 2 p.m. June 2 to present a legal opinion on the issue, told News4Jax.com that he withdrew his request for the opinion after Williams announced his retirement because it resolves the issue for now.

Under the city’s consolidated government charter, “If the sheriff should die, resign, or remove his residence from Duval County during his term of office, or be removed from office, the office of sheriff shall become vacant.”

Williams based his position on state law, which does not require a sheriff to live in a county where they serve and contended the state law would overrule the city charter.

In his resignation letter addressed to the citizens of Jacksonville, Williams said he is resigning because a court battle over his residency “would not be good for the community.”


Be the first to know the latest breaking news and information that business leaders rely on in this fast-paced changing Northeast Florida economy. Regional business news, trends and statistics needed to grow your business. Key upcoming events you won’t want to miss and much more.

How To Defend Against Whistleblower Complaints

Sat Jun 4 , 2022
Several different laws empower individuals to alert law enforcement about potential corporate wrongdoing. Some of them provide a financial incentive for people to blow the whistle. Businesses and executives can take several steps to successfully defend against whistleblower complaints and claims that have already begun, as well as several precautions […] 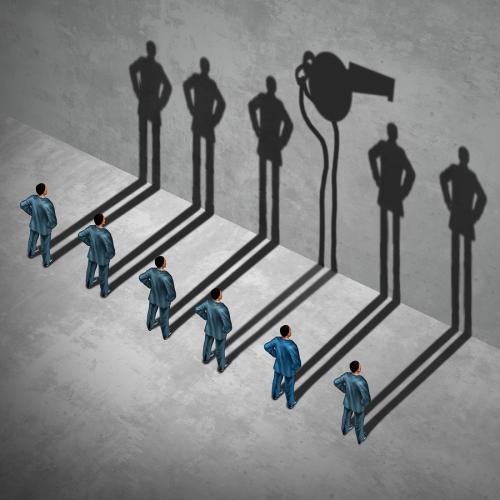