As Gov. Ron DeSantis and Attorney General Ashley Moody assail federal immigration policies, the Biden administration is asking a judge to toss out a lawsuit filed by the state over the release of undocumented immigrants.

The latest salvos in the case came Tuesday, when U.S. Department of Justice attorneys disputed arguments made by Moody’s office, including that the federal government has a “non-detention” policy.

“Plaintiff’s bald assertion that a policy exists because there have been thousands of (immigrant) parole grants, without any specific factual allegations pertaining to the cause of any of those grants, fails to plausibly support the inference of such a ‘policy,’ ” Justice Department attorneys wrote in a document filed in federal court in Pensacola. “This shortcoming is especially evident in light of the judicially noticeable fact that even thousands of releases would represent a tiny fraction of the millions of noncitizens subject to border enforcement action each year.”

The lawsuit, filed in September and revised in February, alleges that the Biden administration has violated immigration laws through policies that have led to people being released from detention after crossing the U.S. border with Mexico. Also, it alleges that the releases affect Florida because of issues such as increased education, health-care and criminal-justice costs.

“Congress has not given immigration officials unbounded discretion regarding the detention of arriving aliens,” the state’s lawyers wrote in a March court document. “It has instead expressly commanded those officials to detain arriving aliens.”

Justice Department attorneys filed a motion in March asking U.S. District Judge T. Kent Wetherell to dismiss the case and followed Tuesday with a document replying to arguments made by the state.

“In particular, plaintiff hypothesizes that paroled noncitizens might settle in Florida and, if so, then might commit crimes or require social services,” the document filed Tuesday said. “Plaintiff’s predictions are too attenuated and uncertain to provide standing. If such incidental, conjectural consequences were sufficient … the federal courts could be drawn into every immigration policy dispute between a state and the federal government. Plaintiff’s theory would characterize any increase of noncitizens within its borders necessarily as an injury.”

But in the March document, which opposed the motion to dismiss, the state’s lawyers argued that Florida has standing because it is harmed by the federal immigration policies.

“Florida spends hundreds of millions per year as a result of the government’s immigration failures, including over $100 million per year incarcerating aliens who commit crimes in the state and over $8,000 per student per year on primary and secondary education. These harms are sufficient to establish standing because they flow from ‘the predictable effect of government action on the decisions of third parties,’” the document said, partially quoting from a Supreme Court precedent.

The federal-court fight comes amid long-running criticism by Moody and DeSantis about the Biden administration’s handling of immigrants flowing across the border.

For example, Moody last week joined the Republican attorneys general of Alabama and Georgia in filing a separate lawsuit alleging that the Biden administration is not properly deporting undocumented immigrants who commit crimes. That lawsuit was filed in the federal Northern District of Alabama.

Also, during the legislative session that ended last month, Republican lawmakers passed an immigration bill that was a priority of DeSantis. That bill (SB 1808), in part, targets transportation companies that bring undocumented immigrants into the state.

Moody, who, along with DeSantis, is running for re-election this year, told The News Service of Florida that the Biden administration “is not doing the job that both Democrats and Republicans alike have historically done, and that is to detain and deport those here committing serious crimes that are here illegally.”

“The only way that a system under a rule of law works is if you have executives that follow through on the laws that are given to them and do so faithfully and diligently,” she said Tuesday.

Tue Apr 19 , 2022
“Election subversion in 2024 is not going to be a mob storming the Capitol, it’s going to be a county clerk in Michigan or a supervisor of elections in Florida who decides to fuck the whole thing up,” Litman said. “The only way to make long-term democracy protection is by […] 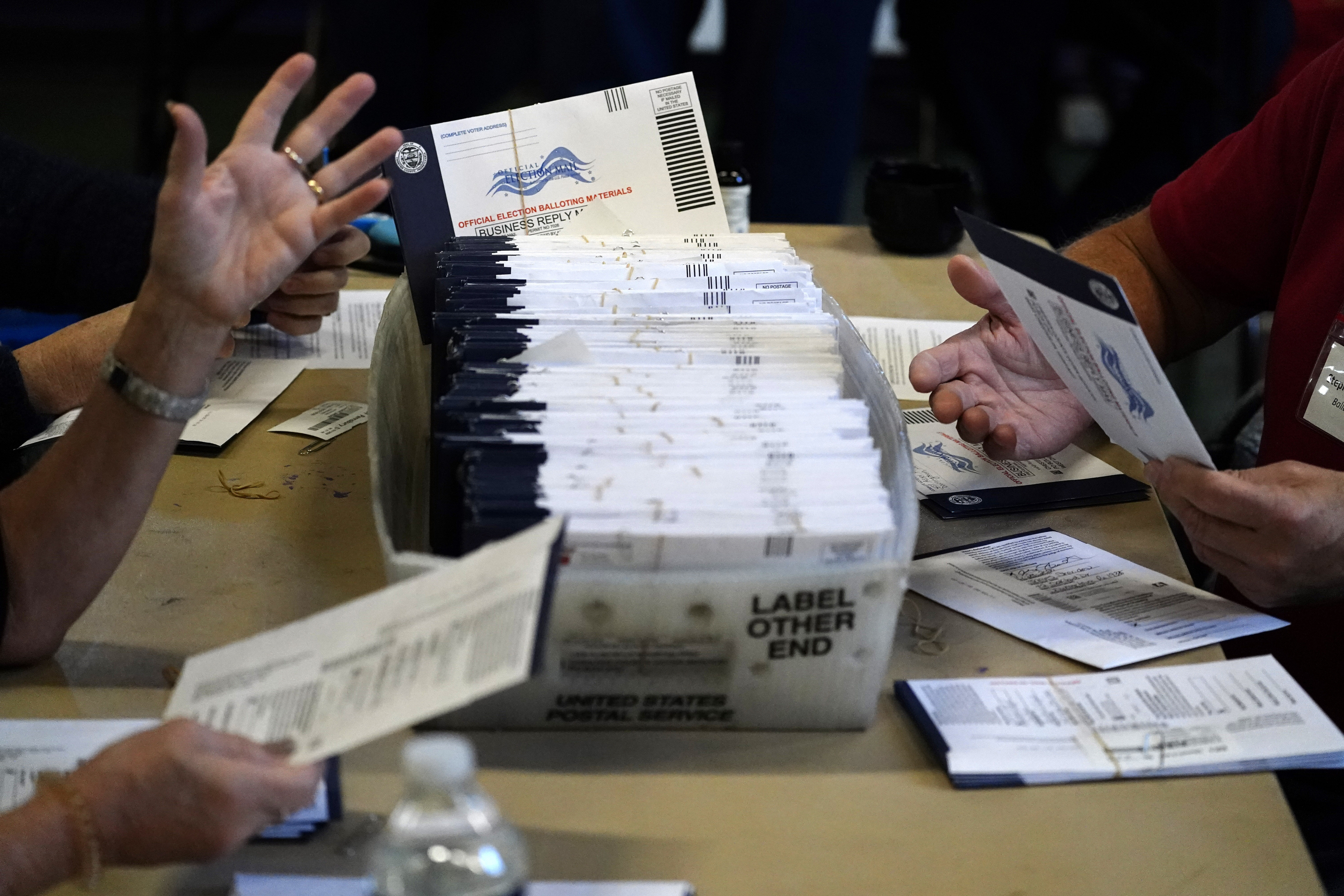