After weeks of speculation, former Boston City Councilor Andrea Campbell Wednesday jumped into the race for Massachusetts Attorney General, transitioning from a local focus to a statewide view.

Campbell, who emerged as an early favorite according to one poll, is five months fresh off the Boston mayoral campaign. That contest, along with some parts of her early life and career as an attorney, offer insight into what voters might encounter on the campaign trail.

Campbell is intimately familiar with the impact crime, incarceration and reentry can have on families. Her twin brother, Andre, died awaiting trial while in state custody. When Campbell was a child, her mother died in a car accident on the way to visit her incarcerated father. Campbell has been candid about her father’s frustration upon returning home after serving time for firearms charges. And, though she rarely speaks about him, her older brother, an alleged serial rapist, currently faces charges of assaulting nine women between 2017 and 2019.

As a mayoral candidate, Campbell made her and Andre’s divergent paths central to her campaign narrative. She was also clear about her intent to pursue police reform and reduce the Boston Police Department’s budget.

As a city councilor, Campbell was determined hold law enforcement accountable through council subpoenas and the withholding of some public safety grants until key questions about racial disparities were answered.

Campbell has debuted a bit of this narrative in her campaign launch. Though it was part of what vaulted her from district City Councilor to third-place finisher in the 2021 mayoral race, that was a Boston-specific race. It remains to be seen how voters in communities beyond Boston evaluate the intersection of her lived experience and her public policy choices.

She has a varied legal experience

Thirty-nine-year-old Campbell has practiced a variety of legal specialties.

After finishing law school at UCLA in 2009, Campbell worked for a year as a staff attorney with the EdLaw Project, helping Boston Public School students and parents. She spent two years at the Proskauer Rose law firm advising employers on labor relations and employment law in Boston and New York. She did a three-month stint as interim general counsel for the Metropolitan Area Planning Council, which services the Boston Metro area. Then, was a deputy legal counsel to Gov. Deval Patrick for a year.

Campbell’s opponents — Quentin Palfrey, who served in the Obama administration, and Shannon Liss-Riordan, a nationally recognized labor and consumer lawyer — are older and have more experience. Campbell’s supporters, however, argue her mix of experience ties into what could be the most important aspects of the attorney general’s job: understanding policy and applying sound judgement when confronted with the sheer breadth of issues that come before the AG. Bottom line: Campbell knows what it means to be accountable to the public.

She’s not afraid of a fight

When former acting mayor Kim Janey entered last year’s mayoral race, political insiders concluded Campbell’s campaign was as good as done. When Janey supporters circulated a memo aimed at dashing support for Campbell so as not to split the Black vote among two Black women candidates, Campbell fought back. She aggressively contrasted herself with Janey on policy and decision-making capacity through press conferences blasted across social media.

Voters can expect that if Campbell is pushed, she has the will to hit back.

Last April, Campbell, as chair of the council’s public safety committee, refused to advance $1.2 million in Boston Police Department grants, a social media back-and-forth erupted between her and the Boston Police Patrolmen’s Association. Campbell, whom the organization criticized, pointed to the union’s virtual silence regarding its former president being credibly accused of child abuse. And Campbell didn’t appear to blink an eye when progressive activists and teachers’ unions slammed her support for charter schools.

Her victory would be a first

If elected, Campbell would extend an elastic trend that stretches back to 2006 when Martha M. Coakley became the first woman elected AG. In 2014, as Coakley ran for governor, Maura Healey was elected AG, becoming the first lesbian to hold state-wide office. Now, as Healey launches her gubernatorial bid, Campbell has another barrier to break: she would be the first Black woman to sit in the attorney general’s chair.

Sun Feb 13 , 2022
Friday, February 11, 2022 On this episode of The Bracewell Sidebar, hosts Matthew Nielsen and Phil Bezanson talk with Bob Wagman about criminal investigations involving alleged misconduct connected with government programs. Bob is a partner in Bracewell’s Washington DC, where he leads our government contracts practice. Can you lay out who are government contractors and how […] 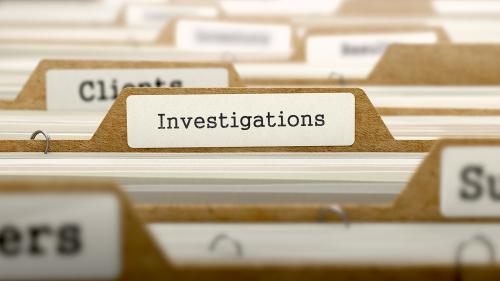