(The Center Square) – U.S. Rep. Bill Posey, R-Fla., has filed a bill that would give states a greater ability to enforce immigration laws when the federal government won’t.

“Maintaining operational control over our nation’s borders is critical to our security and our ability to stop human traffickers, drug smugglers and other violent criminals and terrorists who mean to do our communities harm,” Rep. Posey said in a statement. “When the federal government abdicates its role in protecting our nation’s borders and refuses to enforce immigration laws allowing millions of people to illegally cross into our country, states should have authority to protect their citizens.”

According to the bill, state attorneys general would identify how DHS isn’t fulfilling its non-discretionary duties under Title II of the Immigration and Nationality Act, which includes arresting, detaining and removing criminal and arriving illegal immigrants. It also requires the courts to expedite proceedings related to these actions to the greatest extent practicable, according to a summary of the bill.

“In less than a year and a half, the Biden administration has obliterated our southwest border and it’s about to get even worse as the president prepares to end Title 42,” Mr. Moody said in a statement. “We can no longer trust this administration to enforce the law. It is time for swift action to protect the American people. That is why Representative Posey and I are taking this matter to Congress and asking the legislative branch to let the states protect our citizens by enforcing public-safety immigration laws when Biden won’t.”

In President Joe Biden’s first year in office, after he implemented an open border policy, more than two million people from over 150 countries were encountered or apprehended by Customs and Border Protection (CBP) agents entering the U.S. illegally. This number excludes an estimated several hundred thousand that evaded law enforcement.

Title 42 has been viewed as the last measure holding back the floodgates of people entering the U.S. illegally through the southern border after the Biden administration instituted sweeping immigration changes, prompting multiple lawsuits by several states and groups, including Florida. When Title 42 expires May 24, an estimated 18,000 people a day are expected to enter the U.S. illegally, border agents say. Both Democrats and Republicans have called on the Biden administration to follow immigration law and not end Title 42, to no avail.

Even though Title 42 enables Customs and Border Patrol agents to quickly refuse entry or deport illegal immigrants, due to new Department of Homeland Security policies instituted by DHS Secretary Alejandro Mayorkas, deportations were down by 70% last year, according to CBP data. Under new guidance issued by Mr. Mayorkas, CBP agents are limited in their ability to enforce federal immigration law.

“The cost to public safety is harder to calculate as the nation struggles with a deadly opioid crisis claiming 21 lives a day in Florida,” they said in a joint statement.

Rep. Posey and Mr. Moody are concerned that the federal government’s “seeming disinterest with enforcing immigration laws will exacerbate the opioid crisis and leave the door open for unmitigated drug and human trafficking.

“The crisis is being exacerbated by fentanyl, a synthetic opioid 100 times stronger than morphine,” they argued in a joint statement. “According to CBP, since Biden took office, the amount of fentanyl seized at the border is enough to kill every man, woman and child in the nation more than seven times over.”

With Mexico being the number one source of fentanyl imports into the U.S., it’s imperative that states be able to enforce federal immigration law when the federal government won’t, Rep. Posey and Mr. Moody argue.

Rep. Posey’s district, which includes Brevard and Indian River counties and a small portion of Orange County, has been impacted by increased deaths caused by fentanyl. Last July, multiple overdoses and deaths that occurred in one weekend in Brevard County made national news. Investigators found that opioids mixed with fentanyl is a “direct contributor to the recent uptick in overdoses and deaths,” WESH 2 News reported.

Mr. Moody has issued several public service announcements warning of the dangers of fentanyl and other illicit drugs being smuggled into the U.S. across the southern border.

Sat Apr 9 , 2022
To learn more about The Alabama Education Lab and receive notifications about stories and events, sign up for its newsletter, Ed Chat. Calling the end of Alabama’s legislative session a “breathtakingly cruel and cowardly day,” lawmakers, medical providers, religious leaders and parents joined the Human Rights Campaign in opposition of […] 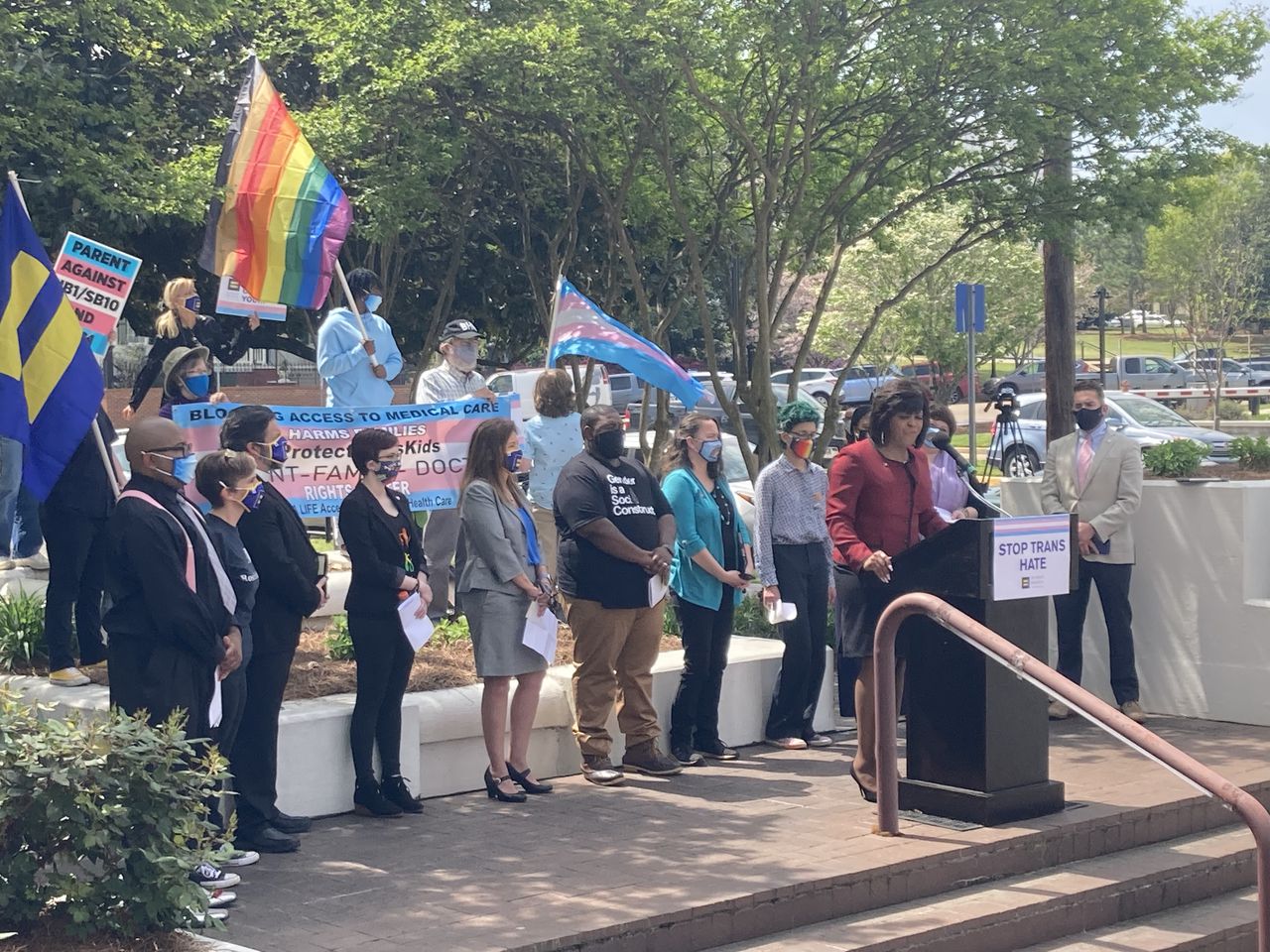