Spirits were high on Monday as weary lawmakers and lobbyists embraced the fact that only one week remains in the 2022 Legislative Session. The State Capitol has a bit of a “last week of school” feel as retiring legislators continue their fareWELL speeches to their colleagues — representatives Heath Clark (R-Warner Robins) and Mike Wilensky (D-Atlanta) both reminisced about their time under the Gold Dome today. And onlookers had to do a double take as retiring Senator Jeff Mullis (R-Chickamauga), the almighty Chairman of the Senate Rules Committee, took the Speaker’s place on the rostrum in the House of Representatives for a few moments of feting.

Despite the joviality among some, work does continue in the run up to adjournment sine die. Gaming advocates were dealt a hot hand late Monday afternoon as the House Economic Development and Tourism Committee passed out heavily-negotiated measures proposing a constitutional amendment eliminating the prohibition on gambling in the state (SR 135) and enabling legislation for sports betting (SB 142). The House and Senate also danced on the FY23 State Budget, disagreeing with each other’s position on the spending plan and appointing a conference committee to hash out the differences. Still, others remain frustrated as their bills and resolutions cannot seem to get out of the ditch. More on the work that continues downtown (and some that doesn’t) in this #GoldDomeReport.

The House took up the following measures on Legislative Day 36:

The Senate took up the following measures on Legislative Day 36:

The Senate Education and Youth Committee was convened by Chairman Chuck Payne (R-Dalton) called the meeting to order to discuss the following measures:

Chairman Brian Strickland (R-McDonough) called a meeting of the Senate Judiciary Committee to order to discuss the following measures:

Chairman Strickland held HB 274 to be discussed at a later date.

Chairman Greg Dolezal (R-Cumming) and the Science and Technology Committee met this afternoon with two bills originally published on the Committee’s agenda. However, no action was taken on HB 1478, authored by Representative Jason Ridley (R-Chatsworth). The other bill on the agenda was:

The Committee gave this legislation a DO PASS recommendation, dividing along party lines. The bill moves forward to the Senate Rules Committee.

The following legislation of potential interest has been introduced:

The General Assembly will reconvene for Legislative Day 37 on Tuesday, March 29 at 10AM.

The House is expected to consider the following measures on Legislative Day 37:

The Senate is expected to consider the following measures on Legislative Day 37:

Wed Mar 30 , 2022
WASHINGTON — A federal judge’s conclusion this week that former President Donald J. Trump likely committed felonies related to his efforts to overturn the results of the 2020 election intensified scrutiny on the question of whether the Justice Department can, should or will try to charge him with the same […] 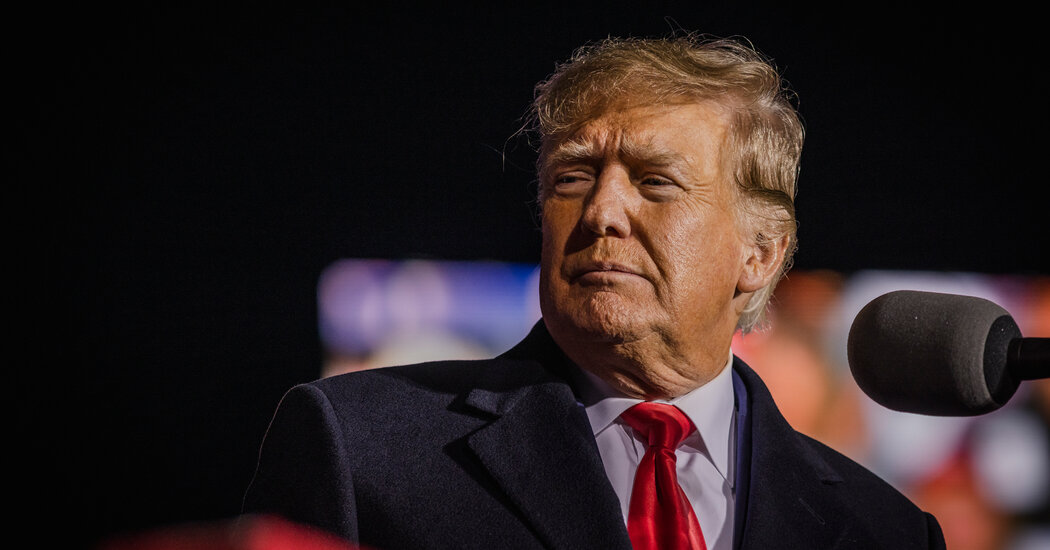