The Georgia Bulldogs’ victory on Monday bringing the CFP National Championship trophy home to the Peach State also ushered an upbeat tone into the State Capitol as the General Assembly convened for Legislative Day 2. Red and black attire was in season as legislators and lobbyists alike shared stories of where they were when the Dawgs secured that fateful fourth quarter pick six. But new hardware in the Butts-Mehre Hall trophy case wasn’t the only thing buoying spirits under the Gold Dome on Wednesday. Politicians and policy wonks were also atwitter about the legislative propositions–and proposed budget outlays–announced by Governor Brian Kemp, Lieutenant Governor Geoff Duncan, and Speaker David Ralston at the Georgia Chamber’s annual Eggs & Issues breakfast earlier in the day. Among them, a proposal by Governor Kemp to return $1.6 billion in State tax dollars to Georgia taxpayers through refunds later this spring. Read on for more details on what the “Big Three” proposed and a look at new legislation introduced in this edition of the #GoldDomeReport.

Gathering in a space better known for evening entertaining than early morning politicking, Georgia business leaders and policymakers convened this morning at the Fabulous Fox Theatre for the Georgia Chamber of Commerce’s annual Eggs and Issues breakfast.

Newly-elected Atlanta Mayor Andre Dickens opened remarks to the assembly with a message of hope and collaboration. Mayor Dickens expressed a desire to “build and maintain a relationship with the business community” because “we need each other” and promised that his administration will work to  “redeem the soul of Atlanta”. The Mayor’s commitment to fight the Buckhead City movement permeated his remarks and he described Atlanta as “one city with one bright future” and announced the opening of a new Atlanta Police precinct in Buckhead on Thursday. The Georgia Tech graduate demonstrated his commitment to bridging divides by adding his congratulations to the University of Georgia on its championship win.

U.S. Senator Raphael Warnock also brought greetings to attendees, emphasizing his belief that he represents every part of the state, including the business community. Senator Warnock described his commitments to broadband expansion, tax relief for working families, and increasing support for research and development at Georgia’s colleges and universities, including HCBUs. However, the Senator made clear that his most dedicated focus at this time is securing voting rights, calling on attendees to embrace a “moral responsibility” to protect the franchise.

Governor Brian Kemp used his Eggs & Issues platform to unveil several key parts of his agenda for the 2022 Legislative Session. In what will likely be the most expensive part of that agenda, Governor Kemp announced his plan to propose that the State refund $1.6 billion in tax dollars to Georgia citizens when they file their income taxes this year. The proposal, which must be approved by the General Assembly, would provide $250 to individual taxpayers and $500 to taxpayers filing jointly. Governor Kemp also committed to work on other income tax cut ideas without making commitments. The Governor previewed two other components of his budget proposal: full restoration of austerity reductions to the University System of Georgia and the Technical College System of Georgia (to eliminate Special Institutional Fees and expand programs in high-needs areas, respectively) and a $25 million infusion into the HOPE Scholarship and Grant programs (to ensure that those awards cover at least 90% of tuition for eligible students). Governor Kemp is expected to unveil his other legislative priorities and budget proposals during his annual State of the State address on Thursday.

In his swansong appearance, Lieutenant Governor Geoff Duncan focused on his proposal to fight crime, dubbed the LESS Crimes Act. This proposed tax credit program would allow taxpayers to contribute to law enforcement agencies and receive a dollar-for-dollar income tax credit. Law enforcement agencies could then, in turn, use those funds for several limited purposes, including officer salary increases, officer recruiting, equipment purchases, and operating co-responder programs that pair officers with mental health professionals. Duncan billed his proposal as a bipartisan solution to the bipartisan issue of crime. He also reiterated his support for foster care and ensuring that children aging out of the system are not left without supports. The Lieutenant Governor also made a commitment to be a “steady hand” in the politically-charged session ahead. But he also appeared to have his sights aimed higher, expressing a personal desire to “have a conversation with America” about a “better pathway forward” for government and politics.

Speaker David Ralston closed out the Eggs & Issues program, opening with a sharp response to President Biden and Vice President Harris’s visit to Atlanta yesterday to promote voting rights. He made clear that “more Georgians are voting now than ever before” and that “nothing makes [him] madder” than someone lying. Speaking to his priorities for the legislative session, Speaker Ralston focused on public safety, mental health, and the State budget. He recapped his prior proposal to deploy $50 million to support law enforcement officers and increase mental health supports. He also previewed mental health legislation to be unveiled in the coming days that provides parity for service providers, resources for workforce development, and pathways for individuals to seek help outside of the criminal justice system. The Speaker noted Georgia’s last-place position in mental health and committed that it was “going to change”. Finally, Speaker Ralston made clear his support for Governor Kemp’s proposal to provide $5,000 raises to State employees but left no doubt that he intends for the State to remain fiscally conservative amidst overflowing tax coffers.

The General Assembly will reconvene for Legislative Day 3 on Thursday, January 13, at 10AM. Governor Brian Kemp will deliver his State of the State address to a joint session of the General Assembly at 11AM. The speech will be livestreamed here, and you can follow on Twitter with #GoldDomeReport.

Fri Jan 14 , 2022
Sign up for The Brief, our daily newsletter that keeps readers up to speed on the most essential Texas news. A state district judge Thursday may have set in motion a new wave of legal challenges to Gov. Greg Abbott’s trouble-plagued border security initiative, ruling that one migrant’s arrest on […] 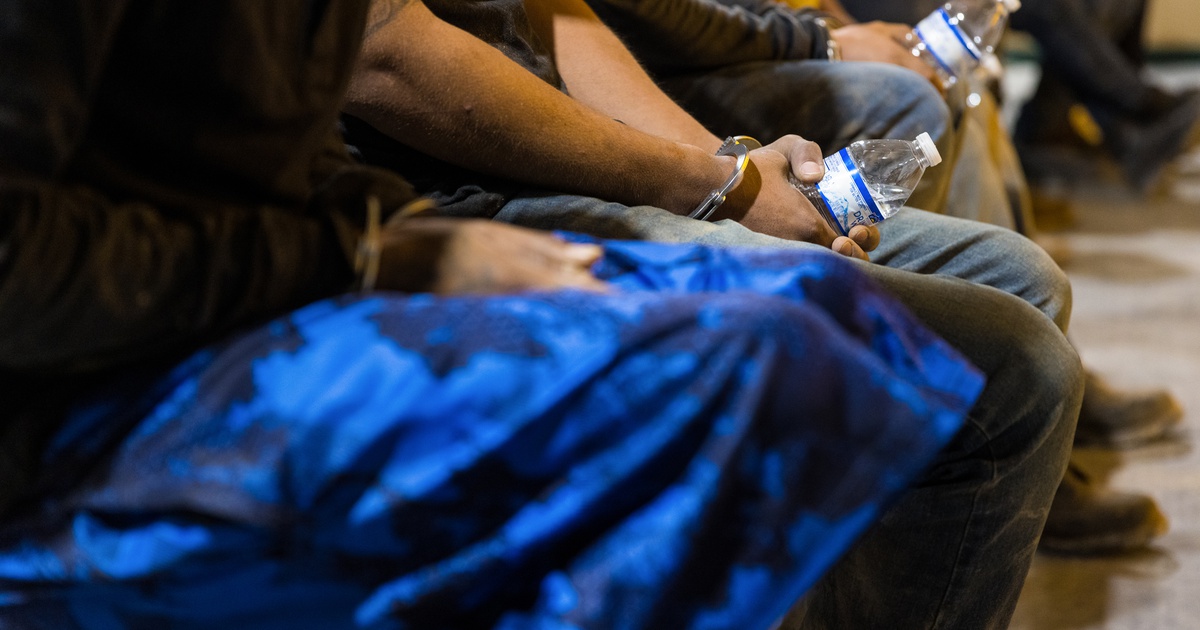