A mysterious proposed ballot initiative that aimed to let companies treat nurses and other healthcare workers as gig workers was withdrawn less than three weeks after it was submitted.

The group behind the campaign was largely anonymous and quiet throughout, and nobody involved has replied to several attempts to contact them since the withdrawal of the proposed initiative. A spokesman for the campaign told MarketWatch in January that its backers, whom he would not identify, intended the proposal for the November ballot. But it never got to the signature-gathering stage, and no other versions of the initiative appear to have been submitted to the state for this year’s election.

The backers of the initiative were known only as Californians for Equitable Healthcare Access. If the initiative had continued the process, qualified for the November ballot and been passed by voters, it would have allowed employers to treat traveling nurses and other healthcare workers as independent contractors if they secured assignments from digital platforms and satisfied several criteria, including being able to work when they want.

The law firm that submitted the proposal, Nielsen Merksamer, also worked on the Proposition 22 ballot initiative in California, which was passed by voters in 2020. That law allowed gig companies such as Uber Technologies Inc.
UBER,
,
Lyft Inc.
LYFT,
,
DoorDash Inc.
DASH,

and Instacart to circumvent California labor laws that would have required them to treat drivers and delivery workers as employees instead of independent contractors. A coalition backed by the companies is now appealing a court decision that declared Prop. 22 unconstitutional.

For more: The legal definition of ‘gig work’ could finally be decided this year

Mary-Beth Moylan, a law professor at the University of the Pacific McGeorge School of Law, also supervises the publication of the California Initiative Review. She said it is not unusual for proposed initiatives to be withdrawn after a short time, with backers sometimes looking to the state’s lawmakers to sponsor a bill instead or deciding the proposal was not worth the effort.

“If they got it out into any kind of circulation even for a couple of weeks and found that it wasn’t appealing to voters, they may have cut their losses early,” she said.

It is unlikely the measure could be successfully refiled through a voter-initiated petition for the November ballot at this time without backing from the legislature, Moylan said. There do not appear to be any possible related proposals before the California legislature at the moment, according to the daily files of both the state senate and assembly.

Sat Mar 26 , 2022
On March 25, 2022, the Shanghai Third Intermediate People’s Court announced the affirmance of an earlier ruling sentencing defendant Wu XX to 3-years imprisonment and a 100,000 RMB fine (~$15 thousand USD) for counterfeiting a registered trademark of 3M on masks. In a larger case last year, the same court upheld a sentence […] 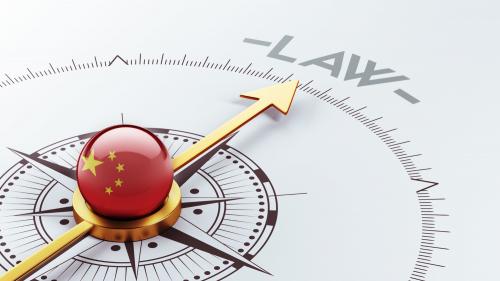