On an idle Tuesday afternoon, I received the call I had always feared most: My brother had been picked up by Immigration and Customs Enforcement (ICE). The tactic the officers used was not new. My brother’s probation officer had shared his meeting time with ICE, and they had waited outside of the building to arrest him. A year later, in 2019, I was able to call my brother to tell him Colorado had passed a law prohibiting probation officers from sharing personally identifiable information like scheduled meeting times with ICE. The law aimed to ensure members of the immigrant community could go to probation meetings and fulfill their court requirements without fear, because court officers would no longer be cooperating with ICE. It was an effort to restore trust and confidence in the judicial process. I thought other Coloradans would be protected against experiencing what my family went through. But recently, we learned that ICE is circumventing the law by using data brokers to find and deport immigrants.

For decades, immigrant communities have fought for protection from unjust enforcement due to collaboration between ICE and local governments. In recent years, Colorado has passed laws prohibiting state agencies and employees from sharing personally identifying information with federal agencies without a warrant or criminal investigation. The state has also ensured that no civil immigration arrests can be conducted on the way to court, at court, on the way back from court, or at probation offices. These protections have all been set in place to ensure immigrants can begin to rebuild trust within local government to engage in civic life, call for emergency services, get a driver’s license, or feel safe going to court.

Rather than obeying the intent of the law, ICE has begun to seek out new ways to find and deport people. In a report recently released by the Colorado Immigrant Rights Coalition, ICE contracted with data broker Appriss Solutions in order to get backdoor access to data that the 2019 law barred law enforcement officers from sharing directly. Appriss enables ICE agents to access real-time booking data through a platform called LexisNexis Accurint Virtual Crime Center.

LexisNexis sells itself as bringing “together disconnected data from over 10,000 different sources, including police agencies nationwide and public records,” to give law enforcement a “comprehensive view of people’s identities,” according to their website. While historically there has not been a way for LexisNexis to directly share data with ICE, a recent transition in the company’s data management practices may make this personal data directly available to all subscription members — including ICE. Similar data tools were previously implemented at a federal level with the specific intention of targeting Muslim communities after 9/11. Accurint has commercialized the same technology in an attempt to privatize law enforcement data management — and now, agencies like ICE pay to access data that lawmakers have tried to keep private.

However, it is not only ICE circumventing Colorado’s policies. County sheriffs also engage in information sharing through data contracts with the same company. It’s possible that not all offices are aware of their participation in this workaround. Some are aware: the chief of operations for the Denver County Sheriff’s Office, Vincent Line, is on Accurint’s board. By using Accurint Virtual Crime Center and Public Safety Exchange, criminal justice data from 87 policing agencies in Colorado — including booking and release time data — is stored in LexisNexis databases that ICE can access.

Many states have policies in place to prevent these sorts of arrests by ICE. In July 2021, ICE identified 463 jails across the country as uncooperative with immigration detainer requests and another 156 as proving limited cooperation. The organization has been candid about contracting with LexisNexis for the purpose of side-stepping state policies. In a budgetary explanation as to why they wanted to contract with Appriss, the agency explained: “Due to policy or legislative changes, [ICE Enforcement and Removals Office] has experienced an increase in the number of law enforcement agencies and state or local governments that do not share information about real time incarceration of foreign-born nationals with ICE … There would be a major operational impact on public safety without these screening tools.”

But we know that true public safety and community trust are at their strongest when ICE isn’t involved in local government operations. Immigrants across the country are scared to call for help in their most dire moments of need because they believe if they call 911, they may as well be calling immigration. States across the country are erecting civil liberties safeguards for a reason: to ensure true public safety for all communities. Yet operations that bypass state laws will continue to lead to numerous human rights violations, including violations of the right to privacy and the right to live free from discrimination.

The findings of this report highlight the need for bolder policies that keep communities’ personal data private and ensure that federal agencies comply with state law. However, the burden to correct this injustice doesn’t fall to ICE alone. Both Appriss Solutions and county sheriffs’ offices need to be held accountable for their complicitous data sharing. We cannot allow ICE or LexisNexis to continue to grow, in Colorado or any other state in the country, by collecting and sharing data that undermines state law and engenders human rights abuses.

Texas shooting records could be blocked by legal loophole : NPR 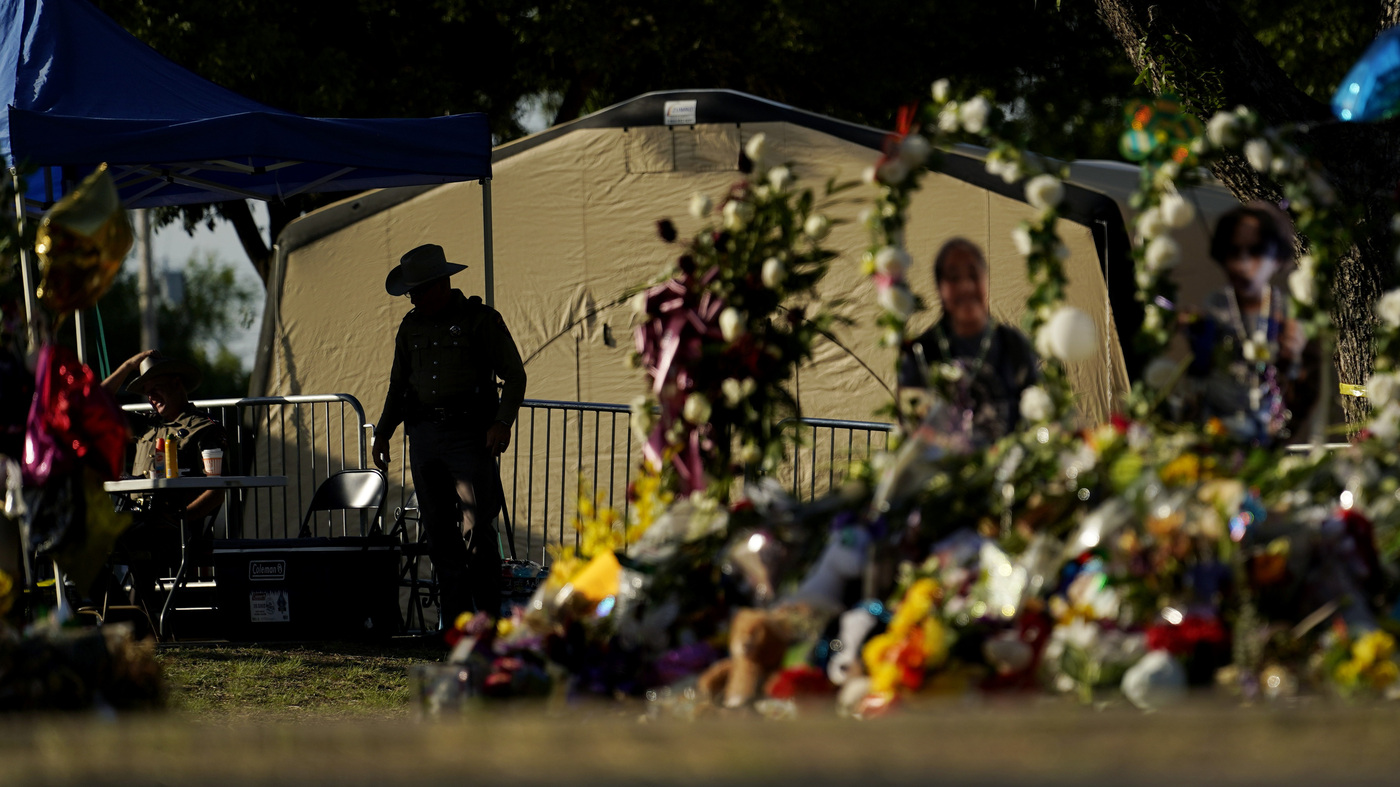