The figures are in, and they’re even worse than some analysts feared. The number of data compromises in the United States jumped 68% in 2021 from a year earlier, reaching a level 23% higher than the previous all-time high, the Identity Theft Resource Center (ITRC) announced.

“We may very well look back at 2021 as the milestone year” when cybercriminals “shifted from mass data accumulation (identity theft) to mass data misuse (identity fraud),” president and CEO Eva C. Velasquez wrote in the center’s annual report. “Fueling most identity fraud-related crimes was consumer information stolen from businesses in data breaches.”

A ProPublica report shows how shockingly common such crimes have become. In 2021, thefts included 300 million customer service and device records from one company; a 17.6-million row database from another company; and 59 million email addresses and personal data from a third. “These sorts of numbers barely raise an eyebrow these days; none of the incidents generated major press coverage.”

Why are such crimes on the rise? As PNC Insights notes, fraudsters take advantage of global crises. “One of the major side effects of the coronavirus pandemic has been a drastic rise in uncertainty. As our collective attention shifts toward public health, the economy and our personal well-being, there has been an unfortunate rise in identity theft and fraud as scammers attempt to exploit the situation.”

Our increasingly heavy reliance on technology each year also leads people to make their private information available to more places.. Unfortunately, many people don’t use adequately strong passwords or take other crucial steps to protect their identities. The ITRC reports that even after receiving a data breach notice, less than 5% of people take the most effective protective action.

I’ve written before about how people can protect themselves from identity theft and fraud, and about why investors are likely targets for cybercrime. But there’s also another reason investors should keep a close eye on this phenomenon: The market for protecting people is growing exponentially.

In 2020, the global identity theft protection services market was valued at $8.94 billion, with more than one-third of it ($3.34 billion) in North America, according to Fortune Business Insights. The market grew by an estimated 12.9% that year, and is projected to reach $24.9 billion 2028 at a CAGR of 13.7%

The “unprecedented and staggering” impact of Covid-19 led to a “demand shock across all regions,” the market research firm said. But that’s obviously not the only driving factor. “Online financial transactions have been experiencing rapid proliferation over the past few years.”

The market is segmented into multiple types, covering the many ways people can be subjected to identity theft.

Most people think data breaches happen as a result of a sophisticated cyberattack. But the reality is that many data breaches occur because of human error. Despite increased cybersecurity training in the workplace, employees are still incredibly vulnerable to phishing, in which people are fooled into causing a data breach. Weak password credentials, meanwhile, leave users vulnerable to brute force attacks, in which hackers use advanced “trial and error” techniques to create multiple combinations to try out possible passwords and hack online accounts.

Child identity theft on the rise

It isn’t just adults at risk. In a November report, Javelin Strategy and Research found that, “Child identity fraud costs U.S. families nearly $1 billion annually. It affects one out of every 50 children annually and takes parents and guardians a tremendous amount of time to resolve.” The average family loses more than $1,000 when this happens and it takes even longer to resolve than ID fraud affecting adults.

Meanwhile, hackers have been leaking kids’ data on the dark web. Often this information was stolen from school districts, NBC News reported. “Some of the data is personal, like medical conditions or family financial statuses. Other pieces of data, such as Social Security numbers or birthdays, are permanent indicators of who they are, and their theft can set up a child for a lifetime of potential identity theft.” Numerous steps are needed to protect children.

As cybercriminals become increasingly brazen, more and more people are discovering the need to be proactive about protecting themselves and their loved ones from identity theft. At this rate, the industry could grow exponentially — perhaps even eclipsing $25 billion in the coming years.

–Gaetano DiNardi is a marketing advisor to hyper-growth tech companies.

Sat Feb 5 , 2022
AREAS TO WATCH IN 2022  CYBERSECURITY In October 2021, the DOJ announced the formation of the Civil Cyber-Fraud Initiative to utilize the FCA to pursue cybersecurity-related fraud by government contractors and grant recipients. DOJ plans to focus on entities that knowingly misrepresent their cybersecurity practices or protocols, knowingly violate obligations […] 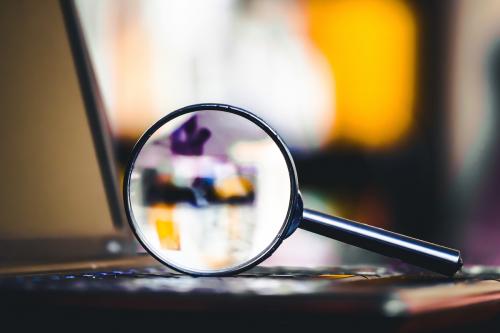