Recent announcements from the Middle District of Pennsylvania showcase the risks involved in violating the immigration laws of this country and the serious consequences for those who are caught.

Noncitizen in Pennsylvania Sentenced to Time Served for Illegal Reentry

On March 1, 2022, the U.S. Attorney’s Office for the Middle District of Pennsylvania announced that a Pennsylvania man was sentenced to time served of 33 days’ imprisonment and one year of supervised release for illegal reentry of a previously removed noncitizen. Officials located the man in the United States following an arrest for driving under the influence. The man expects to be removed to Mexico following the completion of his sentence.

Illegal reentry is governed by Section 1326, Title 8 of the United States Code, which makes it a federal offense for an individual who was deported to reenter the United States without express consent of the Attorney General.

Five Men Charged with Illegal Reentry to the United States

On March 17, 2022, the U.S. Attorney’s Office for the Middle District of Pennsylvania announced that a federal grand jury indicted five noncitizens for illegally reentering the country. For each man, an encounter with law enforcement led to his ultimately being identified and referred to immigration officials. As shown in the prior case and these five, it is often during routine traffic stops and arrests that law enforcement identifies individuals who are in the country unlawfully.

The basic statutory maximum penalty for reentry following deportation is a fine and imprisonment of not more than two years, or both. However, for those whose removal follows a conviction for misdemeanors involving drugs, crimes against a person, or both, or a felony (excluding aggravated felonies), the statutory maximum term of imprisonment is 10 years. For those removals on an aggravated felony, the maximum term of imprisonment is 20 years.

Noncitizen Charged with Failure to Deport to the Dominican Republic

Also, on March 17, 2022, the U.S. Attorney’s Office for the Middle District of Pennsylvania announced an indictment against a Dominican man for two counts of failure to depart the United States following removal. The matter was investigated by U.S. Immigration and Customs Enforcement and Removal Operations (“ERO”). The U.S. Attorney noted there was a final order of removal issued against the man, who knowingly took steps to prevent his own removal by 1) failing to participate in an interview with his home country, 2) failing to execute documents necessary to permit travel, and 3) failing to submit to a COVID-19 test, which was required for travel.

As with any cases that have yet to be proven in court, these cases involve mere allegations, and the burden is on the government to prove the noncitizens acted in violation of the law. That said, it is clear from these announcements that the violation of immigration laws in this country is taken seriously, and the penalties are severe.

How Federal Agencies Can Improve Americans’ Health and Well-Being

Fri Apr 22 , 2022
In 2020, U.S. life expectancy fell to its lowest level since 2003, ranking 26th out of 35 OECD nations despite having advanced medical technology and spending more on healthcare than any other country. Traditional medical care isn’t enough to improve those sobering statistics. Public health experts are now focusing on […] 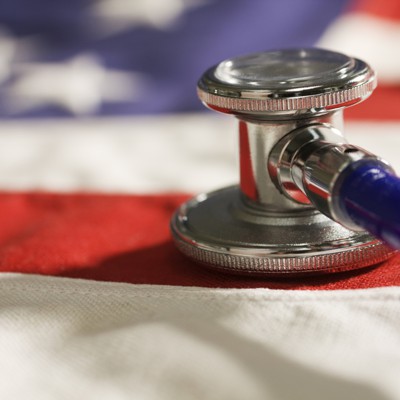