Summary: Federal law preempts California meal and rest period requirements for motor carrier drivers, including short-haul drivers. Company owner, though he had no involvement in day-to-day operations, was individually liable for Labor Code violations pursuant to Labor Code section 558.1 where he approved the unlawful policy regarding payment of truck drivers.

Facts: Plaintiff Guillermo Espinoza, a short-haul truck driver, brought an action against his former employer, Defendant Hepta Run Inc. (“Hepta Run”), asserting causes of action for California Labor Code wage-and-hour violations, unfair business practices, and penalties under the California Labor Code Private Attorneys General Act (“PAGA”). Plaintiff also asserted those claims against Hepta Run’s individual owner, Defendant Ed Tseng (“Tseng”), pursuant to California Labor Code section 558.1. Citing a recent order issued by the Federal Motor Carrier Safety Administration (“FMCSA Order”), Defendants filed a motion for summary adjudication arguing that California laws and regulations providing for meal and rest periods were preempted by federal Department of Transportation regulations governing hours of service (“HOS”) for truck drivers. In opposition, Plaintiff argued that the federal regulations did not apply to short-haul truck drivers like him because short-haul drivers are exempted from one of the HOS regulations. The court denied Defendants’ motion. The matter proceeded to a bench trial, and the court entered judgment in favor of Plaintiff. The court found Defendants liable for Labor Code violations, and that Defendant Tseng was liable pursuant to Labor Code section 558.1 because, despite not being involved in day-to-day operations, he had approved the policies that ultimately controlled hours of work. Defendants appealed.

Court’s Decision: The California Court of Appeal affirmed in part, reversed in part, and remanded. First, the court held that the FMCSA Order determining that California’s meal and rest break rules were preempted by the federal HOS regulations applied to short-haul drivers, even though short-haul drivers were exempted from one of the federal regulations. Based on its finding that Plaintiff’s claims were preempted by federal regulations, the court reversed the denial of Defendants’ motion for summary adjudication. Second, the court found that substantial evidence supported the trial court’s finding that Defendant Tseng “caused” the Labor Code violations at issue, and, thus, could be held liable for such violations pursuant to Labor Code section 558.1. The court explained that in order to “cause” a violation of the Labor Code, an individual must have engaged in some affirmative action beyond his or her status as an owner, officer, or director of the corporation; to be held personally liable, he or she must have had some oversight of the company’s operations or some influence on corporate policy that resulted in Labor Code violations. The court found that Defendant Tseng’s conduct met this standard because he had approved the policy regarding payment of truck drivers that violated various provisions of the Labor Code.

Summary: At-will employees may sue employers for willful misrepresentations made during the recruiting process regarding the nature of the duties to be performed in the position.

Facts: Defendant Smule Inc. developed and marketed consumer applications with a specialty in music social applications. Defendant hired Plaintiff Kenneth White for a lead project manager role. During the interview process, Defendant’s representation regarding the project manager job led Plaintiff to conclude that the job position was long term. Defendant’s representations induced Plaintiff to resign from his job and relocate to San Francisco from Washington. Five months after Plaintiff began working for Defendant, and after Plaintiff submitted a multi-year plan to improve Defendant’s products and operations, Defendant terminated Plaintiff because it was eliminating the position in the United States and moving the position to Bulgaria. Plaintiff filed suit against Defendant, alleging violations of California Labor Code section 970, which prohibits employers from inducing employees to relocate and accept employment by way of knowingly false representations regarding the kind, character, or existence of work, or the length of time such work will last. Defendant moved for summary judgment, arguing that Plaintiff was an at-will employee. The trial court granted Defendant’s motion, and Plaintiff appealed.

Court’s Decision: The California Court of Appeal reversed. While the court held that Plaintiff’s at-will employment status meant that it was not reasonable for him to rely on alleged misrepresentations during the interview process that the position would be “long term,” the court also held that Plaintiff’s at-will employment status did not negate Plaintiff’s justifiable reliance on Defendant’s representations regarding the nature of the work Plaintiff would be performing. The court found a triable issue of fact regarding whether Defendant made knowingly false representations during the recruiting process.

Practical Implications: Cases involving Labor Code section 970 do not come up often. But when they do, they are a good reminder about the importance of presenting accurate information to applicants during the recruiting process about the nature of the job, the type of work that will be expected, and the anticipated duration of the job.

Summary: There is no right to a jury trial for a PAGA action.

The suitable seating requirement of Wage Order No. 7 applies during lulls in operations when an employee, while still on the job, is not then actively engaged in duties.

Facts: Plaintiff Jill La Face worked as a cashier at a store owned by Defendant Ralphs Grocery Company. She brought a California Labor Code Private Attorneys General Act (“PAGA”) action against Defendant alleging that Defendant violated the suitable seating requirement of Section 14(B) of Industrial Welfare Commission Wage Order No. 7. Defendant moved for, and the trial court granted, a motion for a bench trial on the basis that PAGA actions are equitable in nature and, thus, not triable to a jury. After a 12-day bench trial, the court found that Defendant had not violated the Wage Order’s suitable seating requirement because the evidence showed that even when lulls occurred in a cashier’s primary duties, the cashiers were still required to move about the store fulfilling other tasks. Plaintiff appealed.

Court’s Decision: The California Court of Appeal affirmed. First, the court held that there is no right to a jury trial for a PAGA action. Article I, section 16 of the California Constitution affords the right to a jury trial to common law actions that were triable by a jury in 1850, when this section became part of the state’s constitution, but not to suits in equity that were not triable by a jury at that time. To determine the substance of a cause of action, the courts look to the “gist of the action,” that is, whether the nature of the rights involved and the facts of the particular case show that the action is legal and therefore cognizable at law. The court found that the gist of a PAGA action is equitable, not legal, because it contains several unique features that make it unlike any pre-1850 common law action: (1) PAGA plaintiffs are proxies for the state, and the state’s legal rights and interests do not include the right to a jury trial; (2) PAGA’s penalty provision is subject to a variety of equitable factors; and (3) the Labor Code creates novel rights, such as a right to pay stub information, unknown at common law. Second, the court held that the evidence supported the trial court’s ruling for Defendant on Plaintiff’s suitable seating claim. The court explained that Section 14(B) of the Wage Order applies during lulls in operation when an employee, while still on the job, is not actively engaged in any duties. To determine whether seating is required, courts look to the actual tasks performed or reasonably expected to be performed. Here, Defendant reasonably expected that while cashiers were not actively checking out customers, that they would stay busy and clean, restock, assist in other departments, or fish for customers, duties that could not be performed while seated. Sitting at or near the checkstands instead of performing these tasks would have interfered with the active duties of the cashiers’ employment.

Practical Implications: While the court of appeal’s decision that there is no right to jury trials for a PAGA action will not affect the day-to-day operations of employers, it nevertheless is a significant outcome for employers who find themselves embroiled in PAGA litigation. The court’s decision regarding the Wage Order’s suitable seating requirement is an important reminder about an often overlooked wage-and-hour issue that can result in substantial liability. 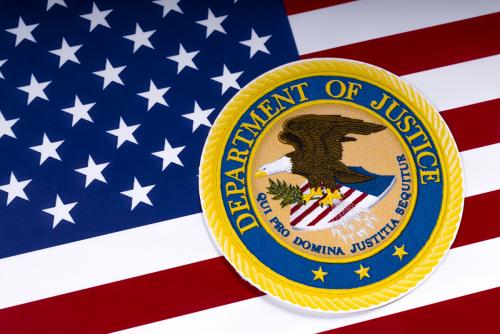