TOPEKA, Kansas — Intercourse between same-sex couples technically remains a crime in Kansas even though the provision in state statute was ruled unconstitutional 19 years ago.

Since then, multiple attempts to remove the outdated language have failed.

The latest legislation to change the law has languished in a Statehouse committee without a hearing for over a year.

That bill would remove a line from the Kansas criminal sodomy law that makes sex a crime for “persons who are 16 or more years of age and members of the same sex.” The U.S. Supreme Court ruled in Lawrence v. Texas in 2003 that such laws were unconstitutional.

“When it comes to something that’s just blatantly unconstitutional, there should be agreement that we follow the law,” said the bill’s sponsor Rep. John Carmichael, a Wichita Democrat. “We need to repeal it.”

The bill doesn’t change other portions of the sodomy law, and Carmichael says law enforcement has been supportive of the changes for years, yet nothing has happened.

Rep. Stephen Owens, a Hesston Republican who chairs the committee scrutinizing the latest legislation, said he hadn’t reviewed its details or decided whether to hold hearings on the bill. Owens said the committee will deal with other, higher-priority bills first.

The Kansas Bureau of Investigation says nobody has been convicted of same-sex criminal sodomy for at least five years. Still, Thomas Witt, executive director of Equality Kansas, said the provision has been used to discriminate against LGBTQ people even if they weren’t convicted.

Witt said Kansans were arrested for same-sex relations even after the Supreme Court’s ruling, but the last time he heard that happened was in 2013. The criminal sodomy law also prevented LGBTQ law enforcement officers from being sworn in because violating the statute was a violation of their professional standards. Those standards were later amended to allow LGBTQ officers.

“It is an insult that my life is criminalized,” Witt said. “It is a further insult that people in (the Legislature) think it should stay that way.”

Justice Horn, vice chair of the LGBTQ Commission of Kansas City, said the laws could also make people leave for cities with better civil rights protections. Horn, who is gay, said that hurts the community by hindering economic development while depriving it of diversity.

Witt said the issues have subsided, but as long as it remains codified in state statute the issues could quickly become relevant again if the Legislature’s opinion of LGBTQ people grows worse, which he said is happening. He pointed to the bill last session that limited how transgender people could play sports as evidence of this.

Sharon Brett, legal director for the American Civil Liberties Union of Kansas, said outdated state laws are common, but anti-LGBTQ laws send a message to people that they aren’t welcomed in the state.

“It’s a deliberate decision not to amend the code,” Brett said, “to get rid of these provisions that have been ruled unconstitutional.”

Republican Sam Brownback created the Office of the Repealer when he was governor to remove outdated and unconstitutional statutes, but changes to the criminal sodomy law weren’t recommended.

The committee on Corrections and Juvenile Justice, where the bill is bottled up, has a full set of hearings next week. Bills preventing shackling of youth in court, allowing people convicted of felonies to receive food stamps and adding new requirements for officers serving search warrants are currently scheduled for discussion.

“Given the opportunity, we might look at” the legislation to rewrite the state sodomy law, said Owens, the committee chair. “I wouldn’t say that is a priority for us to look at this time just because of all the other corrections and juvenile justice matters.”

Blaise Mesa reports on criminal justice and social services for the Kansas News Service in Topeka. You can follow him on Twitter @Blaise_Mesa or email him at [email protected].

The Kansas News Service is a collaboration of KCUR, Kansas Public Radio, KMUW and High Plains Public Radio focused on health, the social determinants of health and their connection to public policy.

Kansas News Service stories and photos may be republished by news media at no cost with proper attribution and a link to ksnewsservice.org. 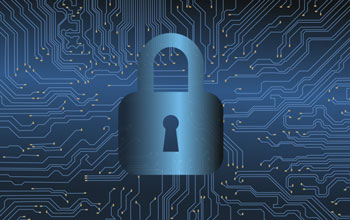