The Jefferson County Public Defender’s office management has been refusing to negotiate in good faith with the newly formed union representing attorneys within the office, according to a complaint issued by the National Labor Relations Board last week.

Attorneys with the public defender’s office voted to unionize under the International Brotherhood of Electric Workers Local Union 369 in January, citing difficult working conditions such as low pay, high caseloads, and a lack of transparency regarding important office decisions.

The Louisville-Jefferson County Public Defender Corporation has an annual budget of $9.2 million, according to tax filings, and represents poor people in Jefferson County who come up against the legal system. Law360 reported in October that the starting salary for public defenders in Louisville is among the lowest in the country, at $45,000.

In a complaint filed on May 19, the regional director of the National Labor Relations Board based in Cincinnati accuses the office management, led by Chief Public Defender Leo Smith, of violating federal labor laws by “failing and refusing to bargain collectively and in good faith.”

The complaint is based on a series of charges filed by the union with the board claiming management has failed to recognize the union as the representative of its employees and refused to furnish information necessary to start the bargaining process.

“The corporation has flatly refused to negotiate or provide any requested information to its lawyers’ union,” IBEW Local Union 369 General Counsel Ben Basil said in an email.

Management has until June 2 to respond to the allegations and a hearing before an administrative law judge has been scheduled for July 20. After the hearing, the board can issue orders requiring employers to stop or to compensate employees for previous unfair labor practices. Both parties can challenge orders in the U.S. Court of Appeals.

Chief Public Defender Smith has yet to respond to requests for comment for this article. He is expected to answer questions about the unionization process during a Metro Council budget hearing tonight.

W. Kevin Smith of Smith & Smith has not yet responded to an emailed request for comment.

The union believes management has retaliated against members of the bargaining unit, as well.

The union filed a charge with the federal labor relations board in late March alleging management outsourced the work previously handled by a union member to a subcontractor to retaliate against and discourage union activity.

The union member was the sole attorney working in the mental inquest warrant unit, a division of the public defender’s office representing people facing involuntary treatment for mental health issues. A mental inquest warrant allows police to take custody of an individual and involuntarily commit them to a mental institution, for example, or require them to take prescription drugs.

Management disbanded the unit in March, according to the charge filed by the union, and mental inquest warrant cases were subcontracted out to a private attorney. The union requested more information about the reasoning for the change, including the amount paid to the subcontractor, but management from the public defender’s office has not disclosed that information, according to the charge.

The organizing process has been tense since the start. Smith sent an all-staff email during December, before staff voted to join the union, urging attorneys to vote “no” on unionization.

People organizing within the office were “creating the specter of an ‘enemy’ by and through this union organizing campaign,” Smith said in the email.

“This campaign has pulled back the curtain on the illusory enemy we are now confronting – it is the cynical and insidious creation of a few self-centered, disgruntled lawyers,” Smith wrote. Smith said the campaign was dividing the public defender’s office and undermining the important work performed by the attorneys.

The attorneys within the public defender’s union say the organizing process hasn’t changed the values and goals of the attorneys.

“They continue to fight for their clients and act in those clients’ best interest,” the union said in a press release in January. 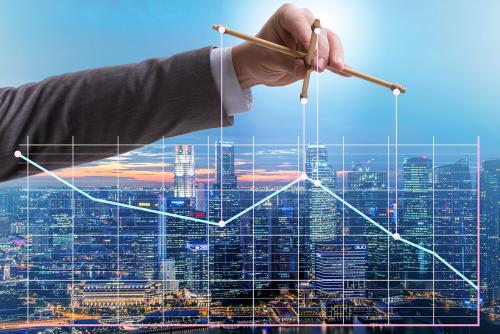