ATLANTA — Lawyers for a man convicted of murder for fatally shooting his wife as they rode in an SUV in Atlanta say he did not have a fair trial and are asking Georgia’s highest court to overturn his conviction.

Claud “Tex” McIver, 79, is serving a life sentence after being convicted of felony murder and other charges in the 2016 shooting of his wife, 64-year-old Diane McIver.

There was never any dispute that McIver shot his wife — the question at trial was whether he meant to. Prosecutors said he was driven to kill her because he coveted his wife’s money. Defense attorneys said that was nonsense, that McIver loved his wife dearly and her death was a terrible accident.

McIver was convicted in April 2018 of charges including felony murder and aggravated assault. The Georgia Supreme Court is set to hear oral arguments Wednesday on his appeal of his convictions.

The McIvers were wealthy and well-connected. He was a partner at a prominent labor and employment law firm and served on the state election board. She was president of U.S. Enterprises Inc., the parent company of Corey Airport Services, where she had worked for 43 years.

Dani Jo Carter, a close friend of Diane McIver, was driving the couple’s Ford Expedition the evening of Sept. 25, 2016, as the three returned from a weekend at the McIvers’ horse farm about 75 miles (120 kilometers) east of Atlanta. Diane McIver was in the front passenger seat and Tex McIver was in the back seat behind his wife.

With traffic heavy on the interstate, Carter exited in downtown Atlanta. McIver asked his wife to get his gun from the center console and hand it to him. A short while later, McIver fired the gun once, striking his wife in the back. Carter drove to a hospital where Diane McIver died.

A family friend told news outlets several days after the shooting that the McIvers had worried about unrest surrounding Black Lives Matter protests and feared a carjacking. A few days later, McIver’s attorney at the time told The Atlanta Journal-Constitution there had been no concern about protesters but rather about people in the street in an area frequented by homeless people.

Police in 2016 charged McIver with felony involuntary manslaughter and misdemeanor reckless conduct. But a Fulton County grand jury in 2017 indicted him on charges including murder.

In their appeal, McIver’s attorneys have argued that Fulton County Superior Court Chief Judge Robert McBurney made multiple mistakes during the trial, and the conviction should be reversed.

McBurney was wrong when he refused to tell the jury they could find McIver guilty of misdemeanor involuntary manslaughter based on evidence at trial, McIver’s lawyers argue in a brief submitted to the high court. Georgia law says that if evidence exists that a defendant committed a lesser crime, the jury should be given that option, they wrote. Misdemeanor involuntary manslaughter is when someone engages in lawful behavior in an unlawful way that unintentionally causes a death.

It was also improper for McBurney to allow the jurors during their deliberations to examine the McIvers’ SUV and experiment with possible angles of the gunshot, McIver’s lawyers wrote.

The state has countered that jurors had already been allowed to see the SUV during the trial and no new evidence was admitted during that second viewing.

When jurors sent a note indicating they were at an impasse, the judge was wrong not to tell them not to sacrifice a firmly held belief and that a hung jury was permissible when he instructed them to keep deliberating, McIver’s lawyers argue. But prosecutors argue that McBurney properly exercised his discretion in giving the instruction and that McIver’s lawyers have not shown that the verdict was the result of coercion.

McBurney should not have allowed prosecutors to needlessly introduce speculative but baseless theories for a motive for McIver to kill his wife, as well as suggestions of racial bias, his lawyers argue. That evidence served only to prejudice the jury against McIver, they wrote.

State lawyers argue that the financial evidence was necessary to show his motive and intent and the references to Black Lives Matter was one of multiple conflicting stories McIver gave about why he asked for his gun.

Thu Jan 27 , 2022
(Reuters) – The federal judiciary is considering changing the rules of evidence to make it harder for “expert” witnesses to present pseudo-scientific and unreliable evidence at trials. The process has been largely centered on concerns from corporate defense lawyers about civil cases and torts – litigation against big businesses, often […] 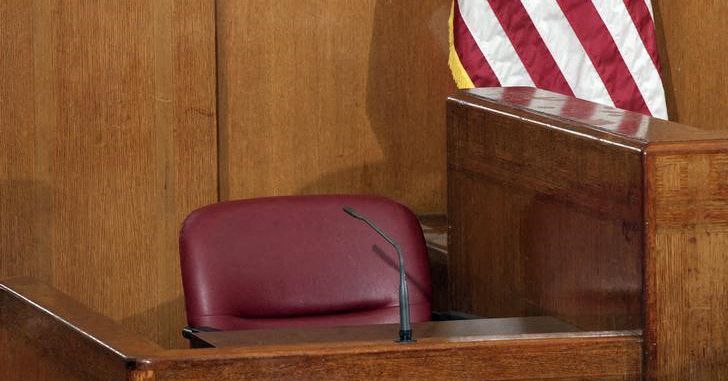