This year’s election season has kicked off, with candidates for some local, state and national offices filing  paperwork last week to get their names on ballots for the May primary.

While midterm elections do not include voting for president or governor, 2022 will feature some high-profile races, including for Congress, the Indiana House and some county offices: auditor, recorder, sheriff, prosecutor, three judges, four county council positions and a county board of commissioners seat. Some school board seats also are up for grabs.

U.S. Sen. Todd Young, a Republican, has announced he plans to seek a second term, though he will face challenges in both the primary and general elections.

As it is every two years, all U.S. House seats will be up for re-election, including Indiana’s 9th District, which will feature at least two Bloomington residents in the Democratic primary. Isak Nti Asare, an Indiana University professor, and Matt Fyfe, a local math teacher, will vie to get the chance to face Republican U.S. Rep. Trey Hollingsworth in the fall, assuming Hollingsworth defeats any GOP primary challengers.

Monroe County will get a new sheriff, as state law prohibits current Sheriff Brad Swain from running for a third term. Swain instead will try to become a state legislator and is running for the Democratic nomination for Indiana House District 62, where he will compete against Monroe County Commissioner Penny Githens in the primary in May. Republican Dave Hall also has announced his intention to run for the seat.

The seat currently is being held by state Rep. Jeff Ellington, R-Bloomington, who will not defend it as he has moved and plans to compete in a district outside of Monroe County. The Republican-controlled state Legislature this year redrew the legislative districts, which made District 62 more competitive.

Three other Indiana House seats up for election are also for districts fully or partially in Monroe County. They are currently held by Democrat Matt Pierce, District 61, and Republicans Peggy Mayfield, District 60, and Bob Heaton, District 46.

Three statewide offices will be on the ballot: secretary of state, state treasurer and state auditor.

Monroe County Assessor Judith Sharp, Circuit Court Clerk Nicole Browne, and District 1 Commissioner Lee Jones, all Democrats, already have filed paperwork seeking to retain their offices. So far, none of them faces a primary challenge. On the Republican side, Perry Robinson has filed to seek Jones’ seat. As of Friday, there were no Republican candidates yet for assessor and circuit court clerk, according to the Indiana Secretary of State’s Office.

Candidates can file until noon Feb. 4.

Monroe County Prosecutor Erika Oliphant, a Democrat, has announced on her website that she plans to seek a second term. So far she is unopposed in the primary and general elections, according to the Indiana Secretary of State’s Office.

Four of the seven county council seats are up for election this year.

Incumbent District 1 council member Peter Iversen is facing the voters for the first time. He was chosen by Democratic Party precinct committee chairs and vice chairs in late 2019 to replace Shelli Yoder, who had stepped down because she was moving out of the district. So far, no Democrat has filed to oppose Iversen in the primary. On the Republican side, Jim Allen has filed paperwork to run for the seat. A retired firefighter, Allen unsuccessfully ran for an at-large seat on the council in 2020.

District 4 council member Jennifer Crossley, too, will be facing voters for the first time. Just last month she was selected by the local Democratic Party to succeed Eric Spoonmore, who stepped down to serve as president and CEO of the Greater Bloomington Chamber of Commerce.

Both Crossley and Iversen had already filed paperwork by Thursday to officially declare their candidacies.

Ellettsville voters also can weigh in on who serves them on the town council in Wards 4 and 5. Incumbent Republican Pam Samples, who holds the Ward 5 seat, has filed for re-election. Dan Swafford, the incumbent Republican for Ward 4, had not filed as of Thursday.

The spring ballots will also include primary voting on candidates for township trustee and township board positions, and there will be some party elections of precinct committee persons and state convention delegates.

For more information about this year’s election, including how to register to vote, go to in.gov/sos/elections.

Boris Ladwig is the city government reporter for The Herald-Times. Contact him at [email protected]

CA's Secretary of State Approved Repeal of PAGA on 2022 Ballot

Fri Jan 21 , 2022
Related Practices & Jurisdictions Wednesday, January 19, 2022 There might be a light flickering at the end of a dark tunnel California employers have been walking through for more than 15 years. In December 2021, California’s Secretary of State approved the distribution of a petition to put on the 2022 ballot an […] 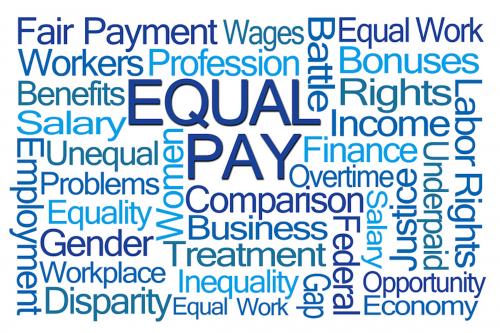