Just before Christmas, somewhat lost perhaps amidst the Plan B vs the did-he, didn’t-he Christmas Party merry-go-round, the government released the latest list of employers being “named and shamed” for failing to pay the minimum wage. As you may recall, although the naming and shaming scheme has been around since 2011, it was paused in 2018 pending a governmental review. The government announced that the scheme would re-start (with some changes) in February 2019 and the first list of employers named under the new scheme was published in January 2021. This most recent list is therefore only the third under the new scheme.

The companies named range from multinational businesses and large high street names to SMEs and sole traders, in what the government has trumpeted stridently and probably unnecessarily as “a clear message that no employer is exempt from paying their workers the statutory minimum wage”. Assuming that the majority of these were inadvertent breaches, the immediate question is how a large employer with significant financial and administrative resources can pay below the NMW by accident. Really? What the government’s commentary on the list does not include, and in the interests of fairness probably should, is the reality that if you aim quite lawfully to pay at or just above the NMW, then however big you are, it is distressingly easy to find that you have inadvertently slipped below it.

The press release states that the employers in question had underpaid their workers in the following ways:

The reality is that there are numerous areas where employers may find themselves unwittingly paying below the NMW and on the naughty step after a visit from HMRC. This, combined with the double-whammy of HMRC having had its budget for NMW enforcement increased significantly over recent years and above-inflation increases in the NMW (the top rate will hit £9.50 come April), is eroding the cushion which many employers believed they had between what they pay and the minimum required. This means that employers not previously too concerned about the niceties of the NMW Regulations could find that their policies around pay and working time now actually take some of their employees below where they need to be – particularly bearing in mind that the higher rate now catches more people than before as it kicks in at 23, not 25.

Many a business has been caught out by a seemingly innocuous practice (see below for our top six Pitfalls to Avoid) which has dipped their employees under the minimum wage rates – and some of these have been highly publicised. This has been exacerbated by the recent Employment Appeal Tribunal Decision in Augustine v Data Cars Ltd (more on that here) which seems to mean that discretionary or technically even unnecessary costs incurred by the employee “in connection with their employment” may also reduce NMW pay (e.g. the purchase of an optional uniform, which was one of the issues in Augustine). The potential consequence of this decision for employers with staff close to the NMW cannot be understated. There is no reference in the case or the NMW Regulations to the purchase or expense undertaken by the employee having to be reasonable – all that appears to be required is the causal connection between the job and the expense, seemingly no matter how tangential.

Added to this, we know that companies are under increased pressure to be seen to treat their people well, whether because they need to boost their ESG ratings to attract/retain investors or because their staff and customers are voting with their feet and only choosing those companies that have good track records in this respect.

The real rub with the relaunched scheme is that even companies which are genuinely trying to get things right from a pay perspective and have fallen foul of the NMW regulations inadvertently have subsequently been named and shamed for it, all tarred with the same brush. This is less than ideal from a reputational perspective, and may have a negative impact on a company’s ESG rating. It is hard not to believe that a level of peripheral damage of this sort is seen by the government as an acceptable price to pay for keeping the majority of employers running scared,

In addition, getting it wrong can be an expensive exercise, something companies certainly do not need in the current economic climate. That cost grows with time because arrears payments are uplifted to current NLW/NMW rates (and penalty payments are calculated as a % of arrears). This is subject to an overall cap of £20,000 per affected employee; however, when dealing with substantial historic issues (HMRC will go back up to 6 years in its investigations) this has the potential to lead to significant fines.

This is a really tricky area and we recommend that any business with staff paid at or near the NLW/NMW rates should take some pre-emptive steps to see if this might be an issue. It is of course, much better to be on the front foot on these matters in order to spot any potential under-payments and take pro-active steps to rectify, rather than waiting for HMRC to knock on the door in a less than sympathetic manner early one morning.

To help you to assess whether your business might be exposed in this regard and avoid the need to see your name up in lights on the HMRC website, here are six popular Pitfalls to Avoid:

How to Attract Law Student and Lawyer Talent

Tue Jan 18 , 2022
Young lawyers are a significant investment for a law firm. From the hiring process to training, the goal should be to attract and retain lawyers for the long term. If an associate is brought on and ends up leaving, law firms have to start all over and reinvest in hiring […] 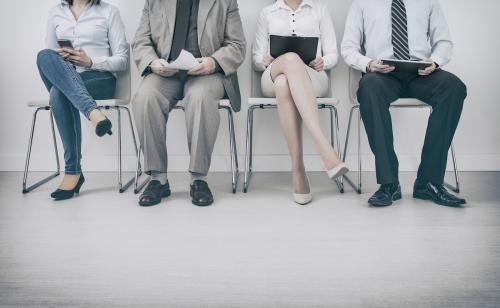