On March 16, 2022, New York State Governor Kathy Hochul signed two new bills into law that expand non-discrimination protections in the workplace.  As a result, New York now prohibits employers from releasing employee personnel files in retaliation for such employee’s engagement in protected activity.  Additionally, the state will be announcing a state-run sexual harassment hotline that will need to be referenced in anti-harassment policies and postings.

There are also several bills working their way through the State Legislature that, if enacted, would significantly impact employers in New York.  We discuss those potential new laws below.

The first makes it an unlawful retaliatory practice under the New York State Human Rights Law (“NYSHRL”) for an employer to disclose an employee’s “personnel files” because the employee has: (i) opposed any practices forbidden under the NYSHRL; or (ii) filed a complaint, testified, or assisted in any proceeding under the NYSHRL or any other judicial or administrative proceeding.  According to the statute, this is necessary to address “retaliation [that] frequently appears in the form of a leaking of personnel files with the intent to disparage or discredit a victim or witness of discrimination in the workplace.”  This law is effective as of March 16, 2022.  Significantly, the law expressly permits employers to disclose personnel files in the course of commencing or responding to a complaint in any judicial or administrative proceeding.

The second new law requires the State Division of Human Rights to work with the State Department of Labor to establish, by July 14, 2022, a toll-free, confidential hotline to provide counsel and assistance to individuals with concerns of workplace sexual harassment.  Employers will be required to include the hotline number in any sexual harassment postings and policies.  Once “live,” the hotline will be staffed by pro bono attorneys experienced in providing sexual harassment-related counsel, who will be recruited by the Division of Human Rights and organizations representing attorneys, such as the New York State Bar Association.

Two additional bills, if passed, would have significant implications for employers in New York.  Both of the following bills passed the New York State Senate on March 1, 2022, but have yet to pass the Assembly or be signed into law:

Governor Hochul has indicated that she is likely to sign these bills into law if they pass in the State Assembly. That said, by rendering key provisions of a settlement agreement (i.e., the release itself) unenforceable, these bills may be subject to legal challenge if they are ultimately enacted.

In light of the newly enacted laws, New York employers should proceed with even greater caution when considering whether to release personnel file information, including when making public statements in response to an employee’s claim to the extent that the statement discloses information contained in a personnel file.  To that end, employers should consider counseling managers and updating their policies governing access to and disclosure of employee information to ensure compliance.

We will continue to closely monitor the bills under consideration, which will impact the settlement of discrimination, harassment and retaliation claims.

Gibson Dunn’s lawyers are available to assist in addressing any questions you may have regarding these developments. To learn more about these issues, please contact the Gibson Dunn lawyer with whom you usually work, any member of the firm’s Labor and Employment practice group, or the following:

Attorney Advertising:  The enclosed materials have been prepared for general informational purposes only and are not intended as legal advice.

Wed Apr 13 , 2022
RALEIGH —  A book written by Campbell Law School Professor Shawn Fields is scheduled to be published by Cambridge University Press in June 2022. The book, entitled “Neighborhood Watch: Policing White Spaces in America,” is a scholarly examination of the systemic exclusion of “Black Americans from schools, neighborhoods, and positions of […] 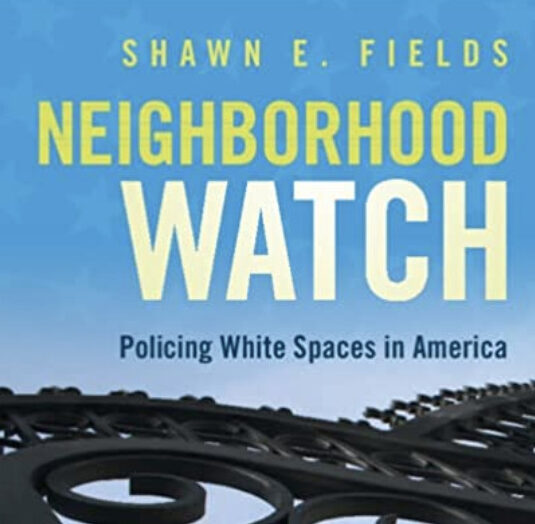