In a momentous policy change this month, New Jersey quietly spread hope to inmates serving lengthy sentences for crimes they committed as juveniles that they could be released from prison sooner than expected.

But unlike many of their peer states, New Jersey’s shift to reduce the amount of time juvenile offenders must stay behind bars was not the result of a grand bargain between lawmakers and the governor.

It was an order from the state Supreme Court, which said it could no longer wait for New Jersey’s Democratic-controlled Legislature to act.

The high court’s ruling eliminates the state’s mandatory 30-year minimum sentence for juvenile offenders and will allow those already serving time to seek a court review after 20 years.

Trenton’s policymakers are still divided on the policy, for unknown reasons. One of the top sponsors of the bill to enshrine the 20-year review policy into law, Sen. Nellie Pou, said she doesn’t have the 21 votes needed “to get it done.” The same bill failed in that chamber in 2020.

“I want people to understand that the juveniles who were tried as adults and given sentences of 30 years and more should be provided the opportunity to have their sentences reviewed,” Pou, D-Passaic, said in a statement. “I’ll continue to make my case on this issue, but the important thing for now is the court’s ruling.”

The panel of justices ruled after two men convicted in separate murders as teens — James Zarate of Randolph and James Comer of Newark — appealed their long-term sentences.

Failing to address the legal framework for juvenile sentencing would “contravene” the state’s constitutional prohibition on cruel and unusual punishment, Chief Justice Stuart Rabner wrote in the majority opinion.

“The court said, ‘We’re going to do what the Legislature should have done,’ ” said Joseph Russo, an attorney in the Office of the Public Defender, which argued on behalf of Comer.

“The choice was this since the Legislature has not acted,” Russo added.

The Supreme Court ruling is one recent instance of the judiciary branch stepping in where the legislative and executive branches of government have not done so.

An appellate panel last week affirmed the attorney general’s directive that prosecutors must waive mandatory minimums for nonviolent drug offenses. Gov. Phil Murphy conditionally vetoed legislation last year that would have made that policy law, because he said he was “troubled” that public corruption charges were included.

No bill eliminating mandatory minimums has been introduced in the new legislative session that started this month.

It’s unclear whether the bill aligning with the Supreme Court decision on youth sentences has enough support in the Assembly, though that chamber approved it in the last session.

“A bill addressing the issue has been reintroduced in the Assembly and will go through the usual legislative process for review and consideration,” Kevin McArdle, a spokesman for Assembly Speaker Craig Coughlin, said in an email.

Lawyers who argued for the new policy aren’t certain that the Legislature even has to act now that the Supreme Court has ruled. But Pou said she “would still like to have this reform codified into statute so it is enshrined in state law.” A criminal justice panel formed by Murphy recommended the Legislature adopt the same policy in 2019.

Lee Solomon, the lone justice to oppose parts of New Jersey’s ruling, said the cases that came before his court, a “depraved” homicide and four armed robberies, were different.

Comer and Zarate were both prosecuted and convicted as adults in New Jersey but must now be resentenced under the Supreme Court’s ruling.

Zarate, originally sentenced to life in prison after being convicted in the killing and dismembering of a 16-year-old Randolph girl, is serving a 50-year term. He was 14 when he committed the 2005 crime, and would not be eligible for parole until age 78 under the state’s mandatory minimum law.

Comer was convicted of felony murder and armed robbery, among other charges. He was sentenced in 2004 to 75 years in prison and would not be eligible for parole until age 85.

The movement to ban mandatory minimum sentences for juveniles followed a U.S. Supreme Court ruling in 2012, Miller v. Alabama, that said life without parole for them is unconstitutional.

Twenty-five states and Washington, D.C., have since banned life without parole sentences for juveniles; six states do not have anyone serving those terms, according to the Campaign for the Fair Sentencing of Youth.

In his dissent, Solomon lamented his court’s ruling, saying New Jersey joined “a small minority of states with lookback periods imposed by judicial fiat rather than by statute.”

Nonetheless, “this is definitely building on a movement that has been going on for some time now, so it kind of falls in line with a national trend of moving away from these extreme sentences for youth,” said Rebecca Turner, senior litigation counsel for the campaign.

Turner and other lawyers who support the ruling said courts and state legislatures are recognizing evolving science on brain development showing that young offenders typically “age out” of crime. As an example, a Montclair State University study analyzing outcomes for 269 people who were sentenced to life in prison as juveniles but were released found they had a recidivism rate of 1.14%.

“The takeaway is that there is a nationwide consensus that people who were under 18 when they were convicted “shouldn’t die in prison,” said Joshua Rovner, a senior advocacy associate at the Sentencing Project. “None of us are the same person that we were in our teenage years. People grow and evolve and recognize the mistakes they made in their lives.”

The United States is the only country in the world that allows juveniles to be sentenced to life without parole, according to a University of North Texas study.

Lawrence Lustberg, an attorney for Comer, noted in an email that the court’s decision does not guarantee release “but simply allows a defendant who has served 20 years in prison to be released if he is no longer a danger based upon a full consideration of his circumstances, including his rehabilitation, and of whether continued imprisonment will serve any purpose at all.”

It’s uncertain how many people in New Jersey are serving lengthy sentences for convictions as juveniles, but more than 2,800 people nationwide were serving life sentences without parole in 2016, according to the sentencing campaign. That’s when the Supreme Court upheld its 2012 ruling and applied it retroactively. Since then, that number has declined by 75%, according to the campaign.

Although New Jersey is in the middle of the pack nationally in changing the sentencing policy, “other states will take notice” when analyzing their own laws, said Alexander Shalom, an attorney at the ACLU New Jersey who also represented Comer. Fifteen states still allow juvenile life sentences without parole, according to the Sentencing Project.

New Jersey’s ruling also comes at an opportune time, Lustberg said, because the conservative-majority U.S. Supreme Court “seemed to signal a willingness to roll back” the reforms of prior decisions when hearing a related case last year.

“If history is a guide, other states, which typically lag behind New Jersey, will follow us here, too,” Lustberg said.

Dustin Racioppi is a reporter in the New Jersey Statehouse. For unlimited access to his work covering New Jersey’s governor and political power structure, please subscribe or activate your digital account today.

The Recorder - My Turn: Immigration: Law and limits matter 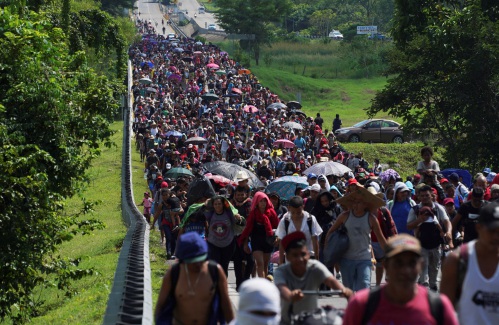