A government lawyer faced a barrage of questions from a federal judge over the National Labor Relations Board’s ruling against an aluminum products maker for firing a worker who wrote “whore board” atop overtime sign-up sheets.

During oral argument Wednesday at the U.S. Court of Appeals for the District of Columbia Circuit, Judge David Sentelle pressed NLRB attorney Joel Heller on the reasoning and evidence supporting the board’s decision. The NLRB held that a subsidiary violated federal labor law by sacking the union worker, who was protesting the company’s overtime policy.

Sentelle, a President Ronald Reagan appointee, was the only member of the three-judge panel to question Heller.

The oral argument focused in part on the tension between workers’ labor law protections and employers’ legal duty to prevent workplace harassment. The court’s eventual decision in the case could provide employers with guidance on enforcing anti-discrimination laws without violating the National Labor Relations Act.

The D.C. Circuit had sent the case back to the NLRB in 2019, after it held that the board’s 2018 ruling against Constellium Rolled Products Ravenswood LLC didn’t weigh the potential conflict between the NLRA and anti-bias laws.

The NLRB’s subsequent, 2021 decision rejected the company’s argument that it fired Andrew Williams in order to comply with equal employment opportunity laws. Constellium previously had tolerated profanity, graffiti, and vulgarity in the workplace—including the term “whore board”—and punished Williams for protesting the overtime policy, the NLRB said.

“An employer cannot use EEO law to immunize retaliation under the NLRA,” Heller said during oral argument at the D.C. Circuit.

“Conversely, are you saying a union employee can use union status to immunize contributing to a hostile workplace?” Sentelle asked.

“I acknowledge there can be a tricky situation there, it can be a rock and a hard place,” Heller responded. “But here, Constellium put itself between the rock and the hard place by not taking action against anyone else who was using this language or other profane language.”

“They may have put themselves on the rock side, but he put them in the hard place, didn’t he?” Sentelle followed up.

Constellium’s lawyer, Michael Kenneally of Morgan, Lewis & Bockius LLP, said the board’s approach—which ignored other evidence that firing Williams was motivated by anti-union animus and failed to evaluate whether past episodes of misconduct were comparable—locks employers into tolerating bad behavior in order to comply with the NLRA.

But the court doesn’t have to “acknowledge” that approach to uphold the board’s decision, said Judge Robert Wilkins, a President Barack Obama appointee.

Wilkins asked why the court should have sympathy for a company that “dug” itself “into a hole” by failing to enforce anti-discrimination laws, so that it looks like disparate treatment if it suddenly starts cracking down on a worker who engaged in NLRA-protected activity.

“That doesn’t mean that you can’t tomorrow start enforcing those laws uniformly across the board,” Wilkins said. “If you have a situation where somebody is arguably engaging in protected activity while they’re doing something that’s harassing or discriminatory, you won’t be the subject of a successful kind of pretext action.”

Constellium isn’t arguing for a categorical rule that prohibits disparate treatment evidence as a way to show an employer’s stated reason for its action was a pretext to cover up unlawful conduct, Kenneally responded. But on the record in this case, “it’s extremely hard to avoid falling into that Catch-22 where the employer can’t comply with federal labor law and EEO law, given the history of tolerating the overtime protest that had gone on for six months,” he said.

Sentelle cut in while Kenneally was elaborating to say: “I think I heard you arguing before that they really hadn’t violated federal labor law.”

The judge’s comment referred to an earlier exchange where Kenneally agreed with Sentelle’s characterization that Constellium hadn’t tolerated anything that “rose to that level, or sank to that level” of Williams getting caught on camera while writing the term whore board on the overtime sheets.

Wed May 11 , 2022
Fall of 2021 marked the launch of the first Chapman Undergraduate Law Review, a student-run journal that publishes scholarly articles written by students focusing on different legal issues. Students Alexis Reekie ’23, a junior triple major in philosophy, political science and self-designed law liberal arts major, along with Director of […] 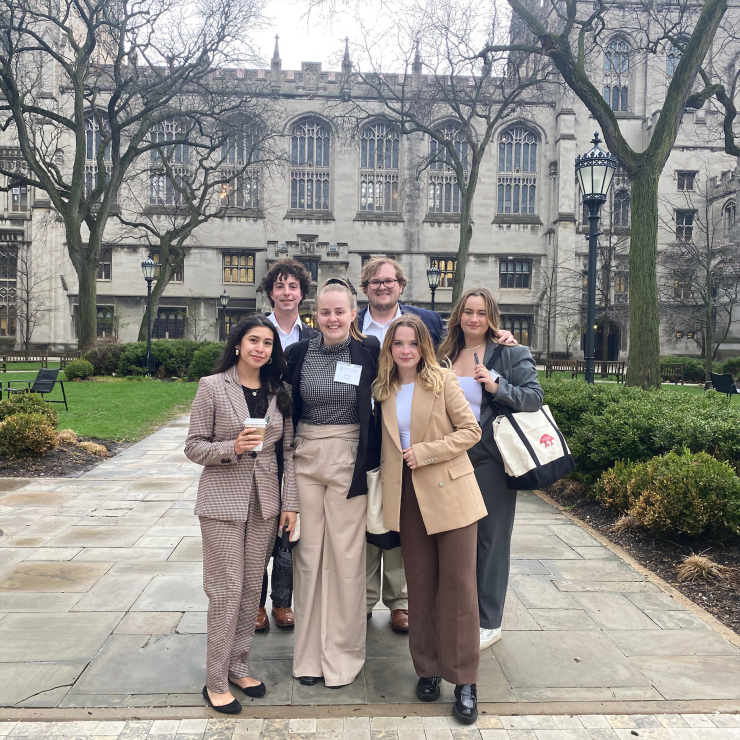