“The tragic attack in Buffalo should be a wake-up call: It’s up to all of us—but especially city and state lawmakers—to stand up against white supremacy in all its forms. That includes clearing a path for immigrants to make a new home in New York and become full members of our community where they belong.“

CityViews are readers’ opinions, not those of City Limits. Add your voice today!

Right wing politicians have been loudly fear-mongering for years now that white Americans will be replaced by Black and Brown people from “shit-hole” countries, as former President Donald Trump once said. For many, there’s a clear through line between the 18-year-old white supremacist who murdered 10 Black people in Buffalo, and the third-ranking House Republican Rep. Elise Stefanik’s (R-NY) Facebook ads claiming that Democrats are planning a “PERMANENT ELECTION INSURRECTION,” by granting amnesty to “11 MILLION illegal immigrants.”

As an immigration lawyer, I wish it were that easy to welcome immigrants into our communities. But President Joe Biden’s promise to take in 100,000 Ukrainian refugees will put them in the same boat as Cameroonians, Haitians, Afghans and other immigrants of color as they’re forced to reckon with our truly broken immigration system—a system that is rooted in the same racist ideology that led to slavery and nationality-based immigration laws and ultimately radicalized the Buffalo shooter.

The fact is, immigrating to this country is incredibly complicated and requires a lawyer to navigate a convoluted bureaucracy. People fleeing for their lives need to simultaneously dial an attorney while ducking for cover. That’s even harder now because legal service providers are fully tapped out. Increased enforcement during the Trump era, backlogs in court cases due to the pandemic, and now twin migrations out of Ukraine and Afghanistan are flooding an already overwhelmed system that had few resources to begin with. Even cause célèbre cases such as the good Samaritans who helped apprehend the subway gunman are struggling to obtain legal status under our current laws. And of course, New York is ground zero, both for immigrants and politicians who love to talk about how much they love immigrants.

Congress is locked in an ugly, racist stalemate, so it’s up to the states to pass the Access to Representation Act, currently introduced in New York by Sen. Brad Hoylman and Assembly Member Catalina Cruz. The ARA is a first-in-the-nation piece of legislation that would very simply establish the right to counsel in immigration proceedings. According to the New York Immigration Coalition, 78 percent of immigrants with lawyers win their cases, compared with the 15 percent who win without representation. For those who are detained, the odds are even fewer, with only 3 percent winning without representation. By establishing a right to counsel and increasing funding for legal service providers, states can actually make good on their claim to welcome refugees with open arms.

Most importantly, we need to put our money where our mouth is. Last month, Gov. Kathy Hochul said repeatedly that New York stood “prepared to assist in any manner possible to help ease Ukrainian refugees’ suffering and ensure a smooth transition into our communities,” which could not be further from the on-the-ground reality legal service providers face.

Although Gov. Hochul increased funding for legal services for the first time in five years, it’s still barely enough. Organizations are still scrambling to resolve cases put on hold during the pandemic while managing staff suffering from high levels of burnout, and somehow still keep up with the many new policies and initiatives the Biden Administration has put forward—all assuming civil society would intervene to help make political goals into reality, without providing financial or other support to make it so.

The City Council must act where the state and federal governments have fallen short, and increase funding for immigration legal services from $23.2 million to $26.6 million—that includes increasing the Immigrant Opportunities Initiative to $4 million, as well as increasing the New York Immigrant Family Unity Project to $18 million and the Immigrant Children Advocates Response Effort to $4.5 million.

The difference between our perception and the reality of immigration is devastating: If you violate a building code, you get a chance to rectify it, but if you violate immigration law, the consequences are jail time and deportation. Imagine you missed a box on your SNAP form, and then the full weight of the government comes down on you for an administrative mistake. That’s the kind of absurd reality—and violation of Constitutional rights—that we’re talking about.

The tragic attack in Buffalo should be a wake-up call: It’s up to all of us—but especially city and state lawmakers—to stand up against white supremacy in all its forms. That includes clearing a path for immigrants to make a new home in New York and become full members of our community where they belong.

Camille Mackler is the founder and executive director of the Immigrant Advocates Response Collaborative (Immigrant-ARC), a coalition of immigration legal service providers in New York.

Sun Jun 5 , 2022
A federal court on Wednesday rejected a legal challenge to a New York law that is meant to make it easier to bring lawsuits against gun manufacturers, a victory for Democratic legislators who had championed the civil liability law. The decision came a day after a mass shooting at an […] 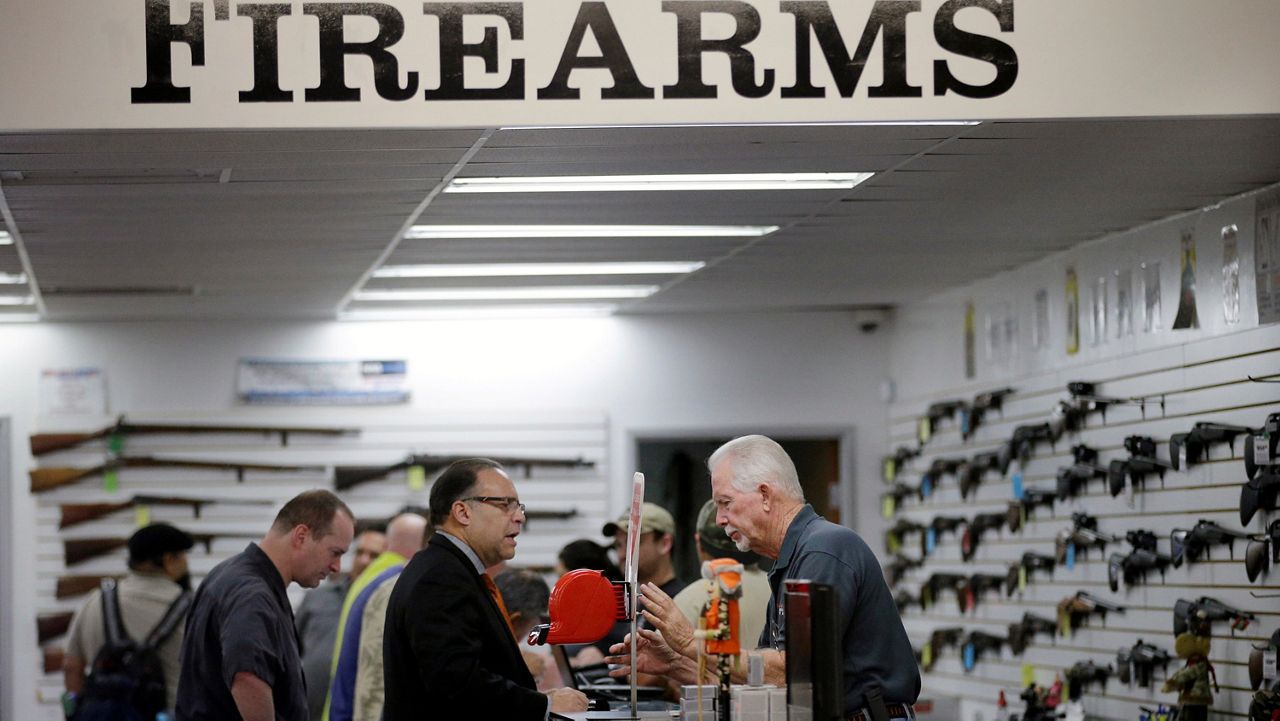