Wilson, Elser, Moskowitz, Edelman & Dicker announced that Thomas Zelante, formerly the first assistant prosecutor for Morris County, joined the firm’s Florham Park office as of counsel in the complex tort and general casualty practice. New Jersey regional managing partner Carolyn F. O’Connor said in a statement: “His experience as a prosecutor and in private practice as a litigator will benefit our litigation practice greatly and bring value to our clients.” Zelante was the first assistant prosecutor at the Morris County Prosecutor’s Office from September 2007 until December 2020, serving under three county prosecutors from different political parties. He is the office’s longest-serving first assistant, the firm said. In that role, he helped supervise more than 160 employees, managed numerous units and was in charge of all civil litigation involving the office. Prior to working in the prosecutor’s office, Zelante was a partner at Bowkley & Zelante in Randolph. There he specialized in litigation, governmental practice, insurance defense, land use and real estate. Zelante also served as special counsel, borough attorney and zoning board attorney for several New Jersey communities, and was appointed to state authority, educational and taxation agency roles by New Jersey governors Jim McGreevey and Richard J. Codey. Additionally, he served for four years as a trustee of the Morris County Bar Association. He remains a member of the association and sits on the professionalism committee. He also served four years on the District X Ethics Committee, governing Morris and Sussex counties. Zelante was chairman of the Morris County Democratic Committee from June 2002 to June 2004, and in 2003 ran for the New Jersey General Assembly. He graduated from Seton Hall University School of Law and LaSalle College.

Rottenberg Lipman Rich brought on
Steven M. Kayman as a partner in the firm’s New York and Saddle Brook offices. Previously he spent 40 years with
Proskauer Rose LLP. Kayman will continue counseling and litigating for clients on commercial matters including trade secrets, non-competes, and employees moving from one company to a competitor.
Mark M. Rottenberg, managing partner of the firm, said in a statement that Kayman ”is a world-class lawyer with decades of experience taking great care of his clients inside and outside of litigation.” Since 2016 Kayman has been an adjunct professor at Brooklyn Law School. He founded Proskauer’s non-compete and trade secret practice group and co-chaired the group for several years. Firm partner
Harry Lipman worked with Kayman at Proskauer in years past, the release noted. ‘I’m very excited to join RLR as I begin the next chapter of my career while continuing my dedication to client service,” said Kayman in a statement. “I have worked with a number of RLR lawyers over the years–in addition to Harry Lipman, two others previously worked at Proskauer—and can attest to their extraordinary abilities and professionalism. It is a privilege to be joining them.” Kayman represents banks, insurance companies, hedge fund and private equity firms, other financial institutions, consulting firms, technology companies, and media and entertainment firms, as well as the individuals, the firm said. Kayman graduated from the University of Virginia Law School in 1981 and Trinity College in 1977.

” height=”300″> Kimberlie A. Fiero [Photo Credit: ©Colette Oswald, 2019.]
Timothy Rice Estate and Elder Law in Voorhees announced that
Kimberlie A. Fiero was promoted to partner. “Kim embodies all that is good about lawyering. She has demonstrated time and again that she is deeply knowledgeable in estate and elder law in which she consistently provides extraordinary service to TREEL’s clients with great care,” managing partner
Timothy J. Rice said in a statement. Fiero previously practiced at
Hanlon Niemann & Wright and before that served as a staff attorney, unit supervisor and a program manager with Ocean-Monmouth Legal Services, a nonprofit agency providing legal assistance to low-income residents. “It’s at OMLS where I witnessed first-hand how important our assistance was, and remains, to people with fewer options than most others,” Fiero said in a statement. “And those experiences have prepared me to provide knowledgeable, compassionate and accurate counsel and guidance in life planning.” Timothy Rice Estate and Elder Law Firm was formed in 1991. 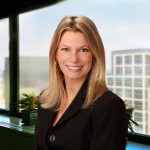 Meyner and Landis announced that Stacey A. Simon was named partner in the firm’s immigration law group in Newark. She is licensed to practice law in New Jersey and New York. She has extensive experience in all areas of immigration law, with an emphasis on employment-based and family-based petitions, according to the firm. She represents U.S. and multinational employers in connection with all aspects of employment matters related to U. S. immigration laws and regulations, the firm said. 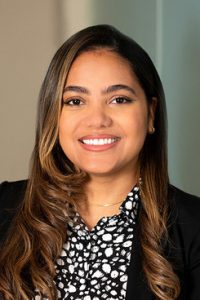 Wed May 4 , 2022
On April 20, 2022, the US Department of Justice (DOJ) announced a nationwide coordinated law enforcement action focused on COVID-19-related healthcare fraud. In total, DOJ brought criminal charges against 21 individuals, including physicians and healthcare executives, in connection with alleged fraud schemes resulting in almost $150 million in improper government […] 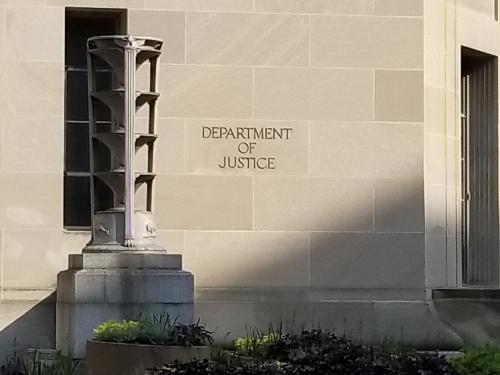