With help from Nick Niedzwiadek and Neelam Bohra

U.S. UNIONS TURN THEIR FOCUS EAST: American Federation of Teachers President Randi Weingarten touched down at Poland’s border with Ukraine on Sunday as the first U.S. union official to visit the conflict-torn region.

Weingarten, who coordinated the trip with Polish teachers union ZNP, plans to visit schools and meet with teachers in Warsaw and Medyka. AFT has raised $100,000 for ZNP, the Ukrainian teachers union VPONU, and other union-allied groups in the area; Weingarten will distribute the funds, along with books and other educational materials, today.

The purpose of this week’s trip is to show solidarity, but also “to lift up that humanitarian and the education work that’s being done, teacher to teacher, union to union and across the Ukrainian-Polish border,” Weingarten told your host. She hopes her visit can also serve as “a fact-finding mission to help understand how we continue to support and assist kids and teachers and communities whose lives have been completely torn apart.”

Weingarten will brief the Biden administration, as well as AFL-CIO and others, when she returns.

Zooming out: The visit is just one example of how organized labor in the U.S. is flexing its muscle abroad to help Ukranians and those who have come to their aid.

“Most people don’t know that [organized labor is] one of the largest global infrastructures in the world,” AFL-CIO’s international director, Cathy Feingold, told your host. “We have unions in every country. So when something like this happens, we’re able to really mobilize.”

The AFL-CIO (of which AFT is an affiliate) has been working with an allied organization in Ukraine, the Solidarity Center, to help deliver humanitarian aid, Feingold said. United Auto Workers, among other affiliates, are also making donations to their partners in the region.

“We have a network of trust that’s built,” she said. That “makes it a little bit easier” and is “different than other traditional humanitarian aid.”

But providing material relief isn’t all organized labor is focused on. Unions are also seizing the opportunity to weigh in on the policies that materialize as governments respond to the influx of refugees pouring across their borders — particularly in Poland and other nearby nations.

“The other powerful thing about the labor movement is we’re using what we call social dialogue: the ability for unions, businesses and governments to sit down together to actually shape assistance programs for refugees,” Feingold said. “We know that this is a moment of chaos; you can get some really bad policies.”

“The labor movement is using its position at these tables … to make sure that we shape assistant programs to refugees that are worker-friendly,” she added. “You’ll need a way of getting people into good jobs so that this doesn’t become an exploited working class.”

“We are committed, if refugees are going to come in, we’re going to help shape policies that make sure every single person regardless of where they’re from, gets a good job and can live a life of dignity.”

GOOD MORNING. It’s Monday, April 4. Welcome back to Morning Shift, your go-to tipsheet on employment and immigration news. Send feedback, tips and exclusives to [email protected] and [email protected]. Follow us on Twitter at @eleanor_mueller and @nickniedz.

Want to receive this newsletter every weekday? Subscribe to POLITICO Pro. You’ll also receive daily policy news and other intelligence you need to act on the day’s biggest stories.

Workers at the site, known as JFK8, voted 2,654 to 2,131 in favor of organizing, according to officials at the National Labor Relations Board. There are 67 contested ballots that were not tallied, far short of the number necessary to swing the results.

The result is particularly surprising as it involved an upstart group, the Amazon Labor Union, that has opted not to hitch its fortunes to an established union and instead rally workers as an independent organization.

“Two years ago, my life changed forever,” said the group’s leader, Christian Smalls, in reference to his firing from Amazon amid worker protests of pandemic safety issues that later kindled the unionization campaign. “When Covid-19 came to play, Amazon failed us.”

Amazon said in a statement it was “disappointed with the outcome” of the vote and is considering filing challenges “based on the inappropriate and undue influence by the NLRB” during the election.

The NLRB sought a court order against Amazon in March that the company’s lawyers have argued was a veiled attempt to damage the company days before the voting period was to begin. An NLRB spokesperson defended its actions as “consistent” with its mandate to enforce the National Labor Relations Act.

HOUSE PANEL DIGS INTO AMAZON PRACTICES: The House Oversight Committee sent a letter to Amazon’s CEO last week informing him that it has opened an investigation into the company’s labor practices during severe weather events.

“The investigation will focus on the December tornado that hit Amazon’s delivery station in Edwardsville, Ill., killing six people,” The New York Times reports. “Most people at the facility were not Amazon’s direct employees. They were subcontracted delivery drivers, a complication that impeded the response when the authorities could not readily determine how many people were on site. The facility did not have a tornado safe room, which was not required by building code.”

“Our focus continues to be on supporting our employees and partners, the families who lost loved ones, the surrounding community and all those affected by the tornadoes,” Amazon spokesperson Kelly Nantel said in a statement to The New York Times. “We will respond to this letter in due course.”

MORE HILL NEWS: “Congressional Black Associates asks members of Congress to raise wages for all staffers,” from The Hill

Kotagal is a civil rights attorney and partner at the law firm Cohen Milstein Sellers & Toll, where she represents plaintiffs in employment and civil rights litigation.

She’s also a co-author of the so-called inclusion rider — a legal document for Hollywood talent to help bolster the hiring of women and people from underrepresented backgrounds as part of the production crew. Earlier in her career, she clerked for an appellate judge in the 9th circuit.

If confirmed, Kotagal would give the commission a Democratic majority by filling the seat held by Trump-appointee Janet Dhillon, whose term ends July 1. The EEOC also has a vacancy for its general counsel.

WORKERS WITH DISABILITIES LOOK TO MAINTAIN MOMENTUM: Workers with disabilities and advocacy groups are eager to protect the progress many have made because they were able to work remotely during the coronavirus pandemic — particularly amid fears that the Biden administration is forgetting about the community’s needs, our Neelam Bohra reports.

What they’re seeking: Some are pushing for modifications to Title I of the Americans with Disabilities Act to shield those pandemic-era gains. Others believe remote work already falls under the law’s protections, but employers won’t recognize it without the threat of federal enforcement.

“One sphere of industry where I’ve seen this happen is in academics. I’ve seen a lot of immunocompromised or disabled professors who have preferred to continue teaching remotely, and universities are requiring them to go in person,” said Matan Koch, workforce vice president for RespectAbility, a nonprofit that advocates for people with disabilities.

Telework removed barriers like commuting, workplace accessibility and discomfort for the 26 percent of Americans who have disabilities, including the immunocompromised, people with chronic pain and those with limited mobility. It also opened up more job opportunities.

The community has advocated for remote work options for decades, but many disabled workers didn’t receive accommodations until the pandemic forced much of the country to work from home. Employers had long argued that telework created undue hardship for their companies, and it did not fall under the reasonable accommodations required by the ADA.

RELATED: “Adults with disabilities can be paid $3.30 an hour or less. Why pressure is building to end the practice,” from The San Antonio Report

U.S. KEEPS ON ADDING JOBS WHILE EARNINGS SLOW: The U.S. gained 431,000 jobs in March as the labor market continues to bounce back post-pandemic, the Bureau of Labor Statistics reported Friday.

The jobs growth bumped the unemployment rate down to 3.6 percent, “the lowest level since the pandemic erupted two years ago,” the Associated Press reports. “Despite the inflation surge, persistent supply bottlenecks, the damaging effects of Covid-19 and now a war in Europe, employers have added at least 400,000 jobs for 11 straight months.”

ICYMI: “Local governments have billions in federal Covid cash and no workers to pay,” from your host

Friday’s report also showed “some evidence of a slight slowdown in wage growth which should lessen concerns over inflation,” the Center for Economic and Policy Research’s Dean Baker notes. “The average hourly wage was up 5.6 percent year-over-year, but increased at a 5.1 percent annual rate when comparing the last three months (January-March) with the prior three months (October-December).”

RELATED: “More than 200,000 women joined the labor force in March: ‘We’re heading in the right direction,’” from CNBC

STARBUCKS UNION WINS IN NYC: Workers at Starbucks’ high-end Reserve Roastery in Manhattan’s Chelsea neighborhood voted to unionize Friday, the first store in New York City and ninth overall to do so.

The vote was fairly close relative to some of the other recent union votes: 46-36 in favor of organizing. To date, only one store has voted against unionizing.

“However, the union pulled a petition for a union election for Roastery manufacturing workers, who were slated to cast their votes on Thursday,” CNBC reports.

RELATED: “How a bunch of Starbucks baristas built a labor movement,” from Vox

“This first of its kind legislation in the country is the result of hard work and a commitment from all parties to stay at the negotiating table to better the lives of Washingtonians,” Ramona Prieto, Uber’s head of public policy for the western U.S., said in a statement. “We hope this collaboration shows other cities, states and countries around the world what can be accomplished when drivers are put first.”

The state is now “the first to implement earnings standards for ride-hail companies,” Reuters reports. “Drivers across the Northwestern state will earn a minimum of $1.17 per mile and 34 cents per minute with a minimum pay of $3.00 per trip.”

“Under the new law, drivers will also have access to paid sick time, family medical leave and long-term care programs, and be eligible for workers’ compensation, a U.S. government-mandated program that provides benefits to workers who become injured or ill on the job. Drivers will also be able to appeal should they be removed from the apps.”

Its signing “demonstrates the tremendous impact we can create when we combine our voices and demand better,” Peter Kuel, president of Drivers Union and an Uber and Lyft driver since 2014, said in a statement.

Fault lines ahead: Efforts to implement the policy in other states could face headwinds from Teamsters’ international president Sean O’Brien, who was sworn in last month and has been outspoken against the measure despite his local chapter’s support.

“This will be the model that sets the tone for the entire country,” O’Brien told Bloomberg. “We’ve got to make sure we do it right.”

— “America’s job market is on fire. Here’s why it doesn’t feel like it,” from CNN

— “How Hotels Are Becoming Better Places to Work,” from TIME

— “Tech companies cautiously bring people back while contending with hesitant employees,” from CNBC

— “Dozens of Alaska Airlines flights canceled over ‘shortage of pilots,’” from the New York Post

THAT’S ALL FOR MORNING SHIFT! 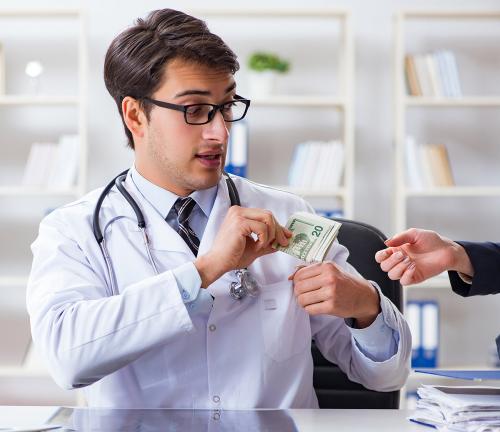