RALEIGH —  A book written by Campbell Law School Professor Shawn Fields is scheduled to be published by Cambridge University Press in June 2022. The book, entitled “Neighborhood Watch: Policing White Spaces in America,” is a scholarly examination of the systemic exclusion of “Black Americans from schools, neighborhoods, and positions of power,” as a result of actions taken by private white Americans who seek to “police America’s color line to protect ‘white spaces,’” according to Fields.

Fields writes these actions include racist 911 calls and hoaxes, vigilante “self defense” and “grassroots voter suppression.” While the Black victims of these actions are often subjected to harassment, arrest, injury or death as a result, “Neighborhood Watch” examines how these actions are often “promoted and encouraged by legislatures looking to expand racially discriminatory laws, a police system designed to respond with force to any frivolous report of Black ‘mischief’ and a Supreme Court that has abdicated its role in rejecting police abuse.” In response, Fields offers propositions for reform, “including changes to the ‘maximum policing’ state, increased accountability for civilians who abuse emergency response systems and proposals to demilitarize the color line.”

Fields writes and teaches about criminal law, criminal procedure, police practices, racial justice and immigration law. He is the 2019 recipient of the Charles and Catherine Thomas Faculty Scholarship Award, Campbell Law School’s highest award for scholarly impact and productivity. In addition to his teaching responsibilities, Fields serves as an advisor to the American Bar Association’s Legal Education Police Practices Consortium.

In the early part of his career, Fields was associated with the San Francisco office of Latham & Watkins LLP, where he practiced white-collar criminal law. He then moved to Tanzania, where he held dual appointments as a Senior Legal Officer for the United Nations High Commissioner for Refugees and the Country Director for Asylum Access, a refugee rights legal aid NGO. Upon his return to the United States, Fields practiced civil litigation and served as a California criminal appellate specialist representing clients raising constitutional challenges to police and prosecutorial misconduct. He also served on the San Diego Community Review Board on Police Practices and taught Legal Writing at the University of San Diego School of Law.

Since its founding in 1976, Campbell Law School has developed lawyers who possess moral conviction, social compassion, and professional competence, and who view the law as a calling to serve others. Among its accolades, the school has been recognized by the American Bar Association (ABA) as having the nation’s top Professionalism Program and by the American Academy of Trial Lawyers for having the nation’s best Trial Advocacy Program. Campbell Law boasts more than 4,500 alumni, who make their home in nearly all 50 states and beyond. In 2021, Campbell Law celebrated 45 years of graduating legal leaders and 12 years of being located in a state-of-the-art facility in the heart of North Carolina’s Capital City.

Greg Abbott’s plan to bus migrants to Washington, D.C., will be voluntary

Wed Apr 13 , 2022
Sign up for The Brief, our daily newsletter that keeps readers up to speed on the most essential Texas news. Responding to the recent announcement that the Biden administration will lift a pandemic-era immigration policy that allows authorities to turn away migrants, Gov. Greg Abbott promised drastic, “unprecedented” action to […] 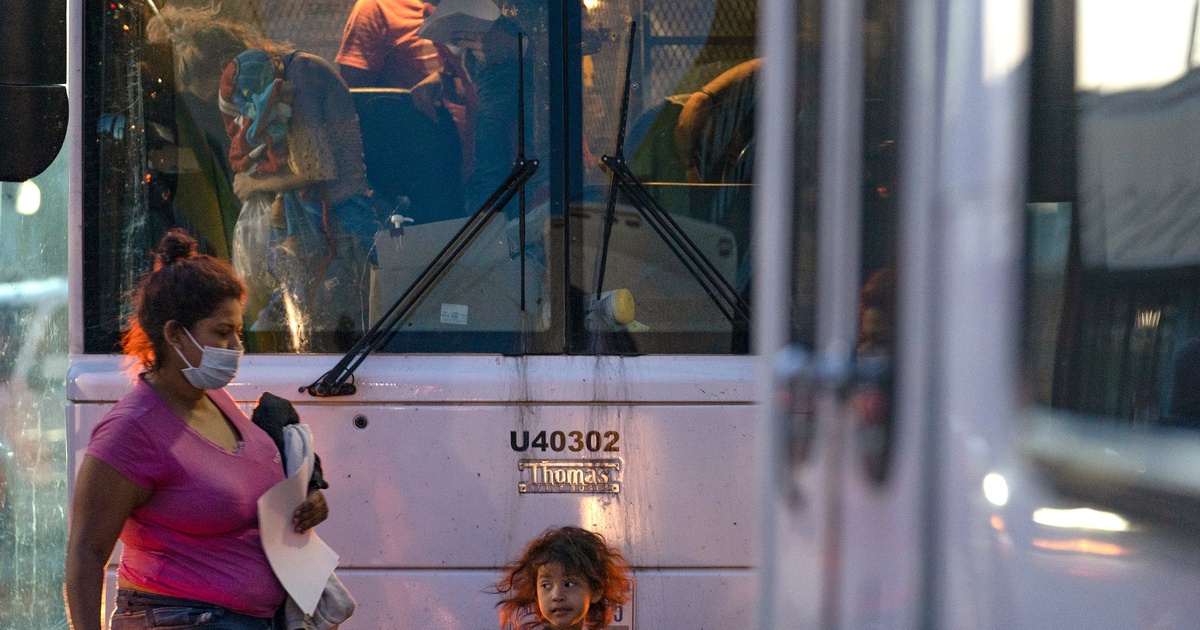