If the House of Commons passes the budget implementation bill as expected this month, the Canadian government could have new powers to seize and sell sanctioned Russian assets to fund the reconstruction of Ukraine, setting up a potential violation of international law.

Chapter 2 of the United Nations Articles on the Responsibility of States for Internationally Wrongful Acts, adopted by the International Law Commission in 2001 and submitted to the General Assembly, lays out rules for countermeasures member states may take to hold another member — Russia in this instance — accountable for its illegal invasion of Ukraine.

Article 49 says countermeasures “shall, as far as possible, be taken in such a way as to permit the resumption of performance of the obligations in question.”

That’s where the powers Prime Minister Justin Trudeau’s government proposes in C-19 — allowing authorities to not just freeze assets held in Canada, as they can now, but seize these assets and sell off Russian-owned property to help Ukraine’s recovery — step onto shaky legal ground.

In adopting these articles, UN members agreed that countermeasures must “induce the wrongdoing state to comply with its international obligations,” and be reversible if a targeted state ends its unlawful conduct.

“Once those proceeds, and notably Russian assets, have been handed over to, say, the Ukrainian government, they’re lost. They cannot be returned,” said David Kleimann, a researcher and adviser on international law and visiting fellow with Bruegel, a Brussels-based think tank.

“Therefore there’s no way of inducing the resumption of performance of international obligations.”

Kleimann said he understands why Western leaders want to move financially against Russia, particularly now that it’s threatening to block grain shipments from Ukrainian ports that feed other countries’ populations. But after reviewing the proposed Canadian legislation, he has concerns.

“I believe that the legal question is relatively clear here, that such an action or such procedures would violate international law,” he said.

“That might be a risk that, given the stakes, [the Canadian government is] willing to take.”

C-19 doesn’t specify — and ministers have never made clear — exactly who could receive Canada’s proceeds. Would funds be transferred to trusted international organizations that perform humanitarian or reconstruction work, or handed over directly to the Ukrainian government? And if the latter, what safeguards would Canada implement?

CBC News asked the offices of both Finance Minister Chrystia Freeland, in whose name C-19 stands, and Foreign Affairs Minister Melanie Joly, who’s responsible for Canada’s sanctions regime, whether the Liberal government sought or received guidance on whether it complies with international law.

The only response that specifically addressed CBC’s question was offered on background: all bills go through “rigorous legal analysis” before being introduced.

In a series of escalating pressure tactics this spring, Joly announced sanctions against more than 1,200 individuals and entities. But adding more and more names to Canada’s list doesn’t necessarily mean a significant amount of Russian assets have been frozen here.

The potential value of real estate or financial assets in Canada subject to these sanctions is unknown, so it’s unclear how valuable they might be to Ukraine’s recovery. It’s also hard to evaluate whether these new powers are a significant deterrent for Russia, or merely symbolic.

What happened in Week 15 of Russia’s attack on Ukraine

Russia tightens its grip on Ukraine’s Donbas region as European Union leaders agree to cut 90 per cent of Russian oil imports by the end of the year. Here’s a recap of the war in Ukraine from May 28 to June 3.

Canada co-ordinates with allies such as the United States and the European Union to prevent Russians from moving their assets to dodge sanctions in different Western jurisdictions.

The Associated Press reported that during last month’s G7 finance ministers meeting in Germany, Freeland proposed allowing rich Russian oligarchs to buy their way out of sanctions and using their money to rebuild Ukraine. Yet it’s unclear how this interacts with the domestic powers Freeland proposes in her budget bill.

We go back to the law of the jungle, and that makes Western assets very much vulnerable…– David Kleimann, international law adviser

Joly told reporters last Tuesday that C-19’s measures were “a very important initiative … to make sure that we can help the victims of the war and also participate in the reconstruction of Ukraine.”

“The U.S. is now following suit,” she said. “The EU is very interested. So that is why we’re bringing up solutions at the table.”

In fact, there’s debate in the U.S. and EU about whether seizing and redistributing Russian assets is a sound move.

The U.S. House of Representatives passed a bipartisan bill that encourages the Biden administration to liquidate the properties of sanctioned Russian oligarchs and companies and give the proceeds to Ukraine.

The administration, however, is wavering on a proposal to seize the U.S. assets of Russia’s central bank, with Treasury Secretary Janet Yellen reportedly cool to the idea amid suggestions it violates U.S. law and could undermine America as a safe place for other countries to invest.

2/2 <a href=”https://twitter.com/hashtag/sanctions?src=hash&amp;ref_src=twsrc%5Etfw”>#sanctions</a> Ironic (at least in broad Alanis sense) or even a bit Marxian if the security state, which is symbiotic w neoliberalism, were to undo the “rules-based” intl econ order-&amp; not the antiglobalizers or reshorers neoliberals demonize as “protectionist.” <a href=”https://twitter.com/AntoniaEliason?ref_src=twsrc%5Etfw”>@AntoniaEliason</a>

Customary international laws like these UN articles are “rather unenforceable,” he said.

“Even if they remain unenforceable, we have a problem here that foreign governments in the future may see this as a precedent and say ‘we can do the same’ when, let’s say the government of Canada, finds itself in a military conflict or is supporting one side or the other,” Kleimann said.

“We go back to the law of the jungle, and that makes Western assets very much vulnerable to seizure, confiscation and using those proceeds for other purposes. And that is not necessarily something that Western countries would like to see, I imagine.”

Russia, a permanent member of the UN’s security council, showed little regard for international law when it attacked Ukraine. But that doesn’t free other countries from the rules for sanctioning Russia.

Mykolaiv residents on the razor’s edge of Russia’s invasion

For the past three months, the city of Mykolaiv has stood as a barrier between Russian troops in Ukraine’s east and cities like Odesa in the west. Residents are patient, live on the razor’s edge.

Even if helping Ukraine is honourable, the Trudeau government risks looking hypocritical as it now enacts a domestic law enabling its officials to violate international law.

Kleimann said he finds it “relatively odd” there hasn’t been more debate in Canada. But he said this is “a political decision that is made for politicians and not for lawyers.”

Opposition focused on other measures

When C-19 was introduced and the government revealed it was seeking these sanction powers, NDP Leader Jagmeet Singh agreed that Canada should do more to help Ukraine, particularly on the humanitarian front, and therefore supported powers to redistribute sanctioned Russian assets.

C-19 is long and includes a wide range of measures, not all of which fall under the finance minister’s jurisdiction. CBC News asked Christopher Martin-Chan, a spokesperson for the Official Opposition caucus, to clarify whether Conservatives, who are unlikely to vote in favour of this budget bill for many reasons, oppose Freeland and Joly’s approach to seizing and redistributing Russian assets.

He said  that “in principle” Conservatives were amenable. But the MPs on the committee were preoccupied with the impacts of the proposed luxury tax on autos, boats and aircraft. (Liberal and NDP MPs thwarted efforts to stop that tax.)

The committee reported back with a long list of amendments, but none of them remove or clarify the new sanction powers.

Commons debate continues Monday on C-19 at report stage, with Liberals and New Democrats expected to collaborate and pass it over the next week or two. Senators could challenge these measures after C-19 clears the House, but the budget bill’s expected to become law before Parliament’s summer recess.

Why you should worry about medical ID theft

Sat Jun 11 , 2022
In this interview with Help Net Security, Paige Hanson, Chief of Cyber Safety Education at NortonLifeLock, talks about the risks posed by medical ID theft, the repercussions of such criminal activity, and what people as well as organizations can do to protect valuable medical information. With the pandemic still showing […] 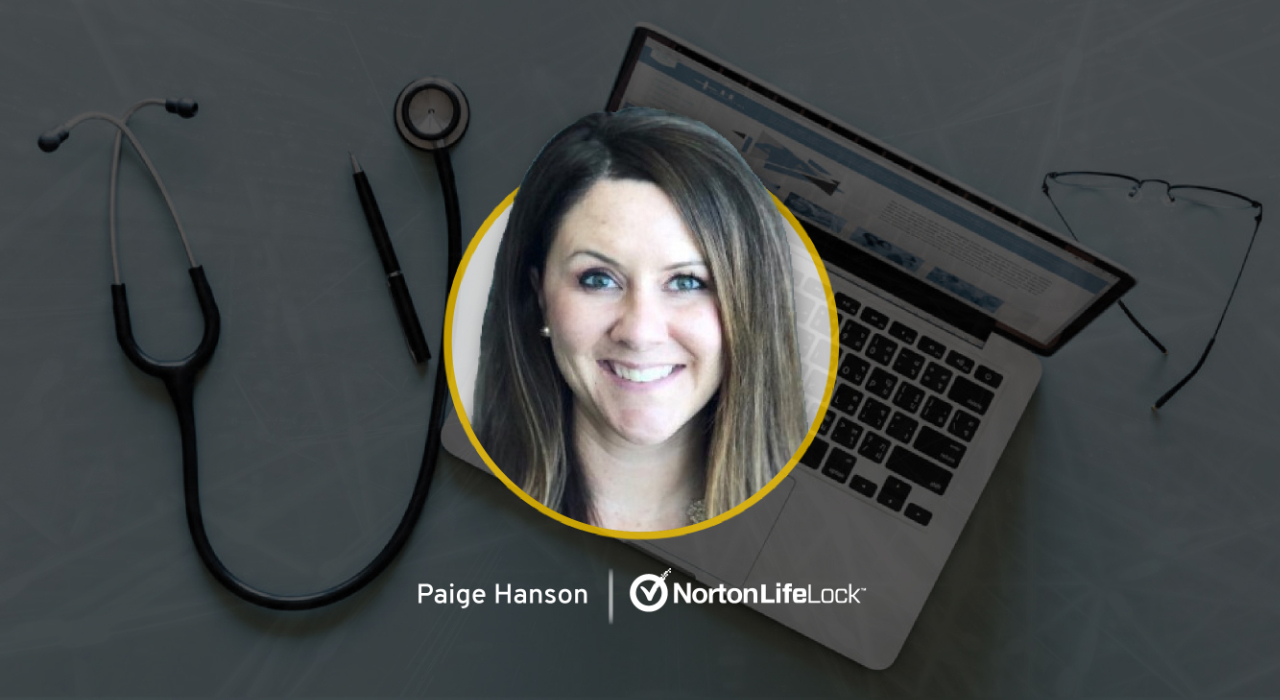