Skip to content
Further, with GOP senators wielding the filibuster and the Republican-appointed majority on the Supreme Court both providing powerful air cover for this red state ground offensive, Democrats and groups focused on defending civil rights, abortion rights and LGBTQ rights, among other issues, have not yet found any effective means of slowing the conservative onslaught. Even as the nation grows more racially, religiously and culturally diverse than ever, that means roughly half the states are on track to impose rules across this broad array of cultural flashpoints that primarily reflect the demands of one shrinking group: conservative and often older White Christians.
“You have an emerging generation that is multiracial, multicultural, where no single ethnic or racial group is the majority, and it has struck an existential fear within those who are used to controlling everything, from the boardroom to the White House,” says Nadine Smith, executive director of Equality Florida, an LGBTQ advocacy group battling against the “don’t say gay” proposals from Florida Republicans that would severely restrict how teachers can talk about sexual orientation or gender identity in the classroom. “So what we are seeing here is people playing on that fear of that graying generation that votes with regularity and feels as though something is slipping away.”

Conservatives praise the widening divergence among the states on this broad array of issues as a vindication of the belief among the nation’s founders that states should have great leeway to set their own courses — a belief embodied in the 10th Amendment to the Constitution.

“This is going to be a new test of federalism,” Jessica Anderson, executive director of Heritage Action, a conservative group that has promoted some of the conservative state initiatives, told me in a 2021 interview. “But I think it’s a good thing, and it’s largely how the founders envisioned this.”

A wide array of groups that promote civil rights and liberties, however, see the red state moves as a fundamental assault on constitutional rights that should be available nationwide to all Americans.

The one undisputed point: On a panoramic range of volatile issues revolving around cultural values and racial equity, Republican-controlled states are advancing the most aggressive conservative agenda in memory. In a comment echoed to me by analysts in other states, political scientist Richard Murray, a senior researcher at the Hobby School of Public Affairs at the University of Houston, described last year’s Texas state legislative session as “the most extreme session in modern Texas history. I’ve been here since 1966 and nothing was comparable in all of those years.”

Fronts in the fight

The red state offensive is advancing across a wide range of fronts, including:

The sweep of this challenge has left civil rights and liberties groups gasping. “What is disturbing is how … many of the legal protections are falling at the same time,” says Archer, the ACLU president. “We have seen the protection of our civil rights and civil liberties being chipped away, death by a thousand cuts. Today, we are seeing more protections torn down all at once.”

Democrats in Washington have found no effective response. The House has passed legislation to reverse many of the state voting restrictions and to codify the national right to abortion, but a Republican Senate filibuster blocked the former last month and is expected to similarly doom the latter next week.

Neither the Biden administration nor congressional Democrats have focused much attention on the other state restrictions (particularly the educational “gag orders”), much less devised an approach to resist them. While the red state offensive has advanced, Democrats have been much more consumed by the critique from party centrists that liberals are pushing excessively “woke” policies on public safety and schooling.

Why this is happening, and why now

Multiple factors probably explain why Republican-controlled states are simultaneously moving so quickly across so many fronts. Anderson, from Heritage Action, says a key factor is that conservative activists have shifted their attention more to state and local governments. That shift has occurred, she says, both because they realize they have few opportunities to advance their priorities at the national level while Democrats control the White House and Congress and also because the Covid-19 crisis made them realize that local decisions “probably impact their day-to-day [life] more than even federal.”

Bill Miller, a lobbyist and political consultant who has worked for both parties in Texas, says the hard push from social conservatives there reflects a long-gestating backlash on the right to the left’s efforts to advance socially liberal causes, such as more explicit discussion of racial issues in the schools.

“The left with their defund the police, the mask mandate in schools and all that kind of stuff opened the door,” he says in a view echoed by Anderson. “People got tired of it. They got sick of it, and they are fighting back. They are not sitting back and just saying no. They are organizing and … they are pushing back aggressively. They feel it’s been in their face, so [if it’s] ‘good for the goose, good for the gander.’ “
Others see the key factor as the shifting internal dynamics of the Republican coalition. Particularly in the Trump era, the GOP has become more dominant among the White voters who are the most uneasy about cultural and demographic change. Those voters, energized by Trump, are creating enormous demand in the party for hardline policies on race and culture.

The widespread gerrymandering of state legislative disticts, experts say, has magnified the influence of those voters because it means that almost all GOP lawmakers are running in staunchly conservative districts where they face more risk of losing primaries to opponents on their right than they do of losing general elections to opponents on their left. Murray, the Texas political scientist, says Republican primaries there typically attract only about one-fourth as many voters as the party wins in presidential general elections and those who do turn out “are disproportionately the cultural warriors.”

Other institutional factors have propelled the rapid dispersion of these ideas across red states. Conservative groups like the American Legislative Exchange Council and Heritage Action energetically encourage Republican legislators to adopt many of these proposals; Heritage, for instance, recently issued a strategy memo urging red state legislatures “to embrace the culture war” over the teaching of race and sexual orientation as a means of building support for vouchers that would provide parents public funds to send their kids to private schools, a perennial goal on the right.

“The nationalization of media, aided by social media and the internet, is part of the story,” says Jake Grumbach, a political scientist at the University of Washington and author of an upcoming book on the polarization of state policy. “This kind of environment means that agendas can be set, with similar talking points and framing, across states very quickly.”

Another factor has been the indications from the Republican majority on the Supreme Court that it is unlikely to resist many of these red state initiatives. The red states “feel completely emboldened by the Supreme Court,” says Jessica Post, president of the Democratic Legislative Campaign Committee, which focuses on state legislative races. In particular, she believes, the court’s “lack of action on the Texas case” authorizing private lawsuits against abortions “lit a wildfire of socially conservative legislation.”
Also critical, many analysts say, is the erosion of resistance from business groups. Under pressure from employees and consumers, business groups often pushed back forcefully during the early stages of this wave — for instance, with boycotts of North Carolina after Republicans there passed the original “bathroom bill” for transgender individuals in 2016.
But apart from modest public criticism of some of the voting laws, business has mostly stood to the side amid this new spasm of socially conservative legislation — even, critics note, when the bills directly contradict their public claims to support LGBTQ rights or racial equity. The journalist and activist Judd Legum, for instance, has documented that multiple companies that publicly proclaim their support for LGBTQ rights are heavily contributing to the Florida Republican legislators pushing the “don’t say gay” bill.

“There is definitely a difference between action and words,” says Democratic Texas state Rep. Trey Martinez Fischer. “Lamenting the state of affairs in the Republican Party at a cocktail reception is not the necessary action that we need. … These folks are hoping they will wake up from this bad dream, but the better medicine is for them to pinch themselves that they are not dreaming.”

Republicans in these states also may have been emboldened because Democrats, after making gains in 2018, failed to flip any of the state legislative chambers they targeted in 2020. Now Republicans have been able to fortify their legislative majorities in many states with strong gerrymanders, while Democrats face the headwind of diminished approval ratings for President Joe Biden even among the suburban voters who powered their state-level wins during the Trump years.

Like many red state GOP strategists, Austin-based Republican consultant Matt Mackowiak says, “I do not expect to see a suburban revolt due to the legislature’s [social issue] priorities.” He predicts that Republicans will actually gain in those areas “due to parental anger at school and Covid overreach.”

But perhaps the most powerful reason for this surge of culturally conservative legislation is the force and immediacy of the wave it seeks to counter. The evidence of irreversible demographic and cultural change continues to accumulate: The 2020 census, for the first time, recorded that kids of color now constitute a majority of the nation’s under-18 population; Gallup recently reported that a stunning one-fifth of Generation Z (as well as about 1 in 10 millennials) identifies as LGBTQ; and the latest figures from the Public Religion Research Institute show that White Christians, long the nation’s majority, now compose only a little more than two-fifths of the population.

All of that, critics argue, has created a sense of urgency for GOP state legislators responding to voters in their coalition uneasy about the “more diverse” future “that is around the corner,” as Martinez Fischer puts it. An America in which no single group makes up a majority “is arriving, and so there’s only two paths,” says Smith of Equality Florida. “One is division, chaos, suppression, censorship, surveillance and anti-immigrant sentiment. The alternative is a [way] forward, where regardless of race, gender or sexual orientation, there is a path here for everyone.”

The striking implication of the GOP’s ongoing revolution from below is that the coming decade may see the nation’s 50 states diverge between those two paths more than they have at any point since the Supreme Court and Congress began nationalizing more civil rights and liberties over half a century ago.

Sun Feb 27 , 2022
Lane Powell is pleased to welcome its newest Shareholder and Labor and Employment Attorney, Douglas Parker. With a sophisticated labor and employment practice spanning over 35 years, Parker has earned the reputation as a trusted advisor and renowned litigator across the Pacific Northwest and Alaska. Parker is a management-side lawyer who […] 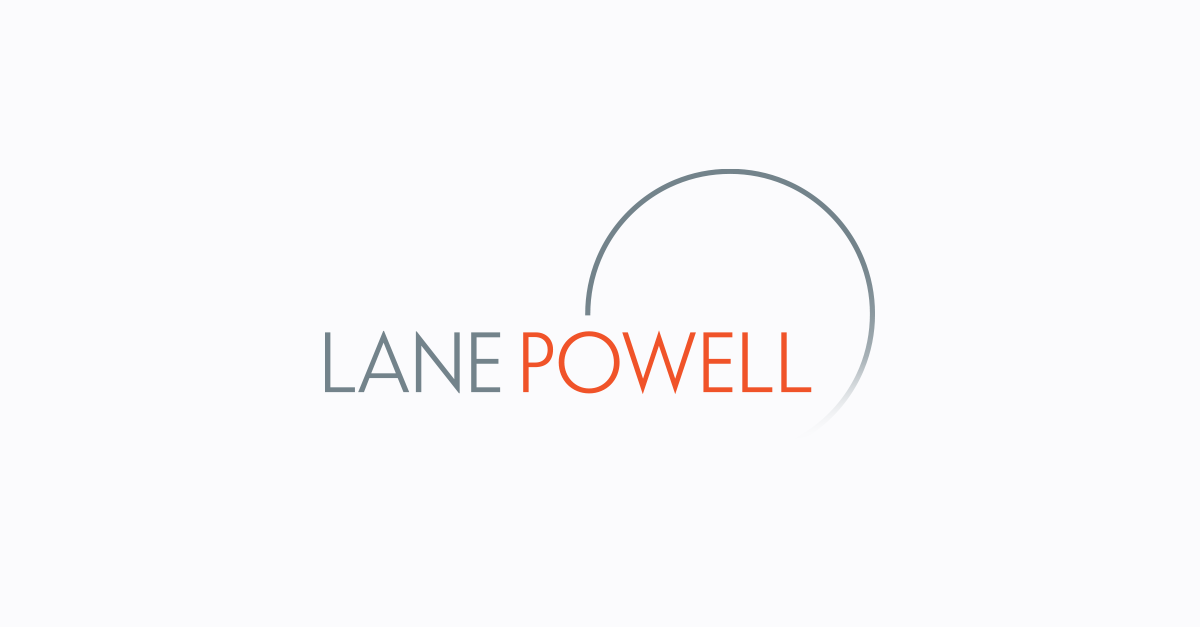