TALLAHASSEE – The latest strike by Gov. Ron DeSantis and the Republican-led Legislature against undocumented immigrants is taking shape, even though it builds on an earlier approach already blocked by a federal court as unconstitutional.

The legislation (SB 1808) would expand the state’s ban on “sanctuary cities” by discouraging airlines, bus companies and organizations from assisting the federal government in relocating undocumented immigrants to Florida, many of them unaccompanied minors.

Under the bill, companies could be prohibited from doing any business with Florida governments, if they help the Biden administration transport “unauthorized aliens” into the state.

While many of those being relocated are reunited with family members or gain assistance from social service agencies, Sen. Aaron Bean, R-Fernandina Beach, cast a more ominous view Monday when describing dozens of flights reported having come into Jacksonville in recent months carrying migrants from the Mexican border region.

In 2021:Fresh from border trip, DeSantis says undocumented immigrants are heading to Florida

Bean said many arrive “in the dead of the night.”

“We don’t know who these people are, and the crimes which they are committing (are) very real,” Bean told the Senate Judiciary Committee, without offering much detail on the alleged crimes.

“We think it’s time to say ‘no’ to the federal government running this human smuggling operation,” he added. “Once we say ‘no,’ there should be a better way. We need enforcement at the border.”

As part of that, Bean said his bill would, for example, strip a bus company of its contract transporting a Florida college or high school sports team, if it also did work relocating undocumented immigrants to the state.

But representatives of a host of immigrant-supporting organizations testified against the measure.

Several read statements opposing the bill from older Cuban-Americans who lived in Florida for decades, but came to the U.S. as unaccompanied minors in the early 1960s, among some 14,000 children whose parents got them out of Cuba through the famed Operation Peter Pan program.

“This bad bill is rooted in hyper-partisanship and false narratives,” said Thomas Kennedy, who represents the Florida Immigrant Coalition.

For a Democrat on the Judiciary Committee, where the bill passed on a party-line vote Monday, Bean’s measures was prompted only by Republican antagonism toward President Biden.

“Clearly this is a statement about the federal government and its immigration policy that we wouldn’t have heard two years ago, but we are hearing it now,” said Sen. Tina Polsky, D-Boca Raton.

An attempt to distract?

But Sen. Ray Rodrigues, R-Estero, said the federal relocation policy is an attempt to distract.

“Our federal border policy is a disaster, and illegal immigrants are being dispersed around the country, so attention is not drawn to that,” he said in support of Bean’s bill.

The legislation effectively builds on the state’s sanctuary cities law, much of which was blocked as unconstitutional by a federal judge last fall.

It was approved by the Florida Legislature in 2019 to assure that no Florida governments defied federal efforts under then-President Donald Trump to crack down on illegal immigration.

The state is appealing the Miami federal court ruling. But U.S. District Judge Beth Bloom last September found that the sanctuary cities law violated equal protection rights and also was driven by what she called an “immigrant threat narrative” advanced by DeSantis and the Republican-controlled Legislature.

The Senate sponsor of that measure, Sarasota Republican Joe Gruters, is chair of the Florida Republican Party and was a co-chair for Donald Trump’s 2016 campaign in Florida.

He acknowledged being helped in crafting the sanctuary cities legislation by the Federation for Immigration Reform (FAIR), which the Southern Poverty Law Center has labeled a “hate group.”

Gruters said he had no knowledge of FAIR’s controversial background. Bloom, however, in her ruling said the sanctuaries ban would likely lead to discriminatory tactics by law enforcement based on the race and ethnicity of those stopped and questioned about their immigration status.

Measure expected to be upheld

But the effort now to expand Florida’s troubled law appears based on the expectation that Bloom’s injunction will be overturned by the 11th District Court of Appeal.

It also comes just weeks after DeSantis, who is seeking re-election in November, opened several fronts in a war he has declared against what he derides as the “Biden border crisis.”

Prodded by DeSantis, Florida has sued the Biden administration over immigration policy and the governor now wants $8 million in state funding to allow the state to contract with private companies to transport undocumented immigrants out of Florida.

Last summer, he began dispatching what ultimately became 250 Florida law enforcement officers to stations at the Mexican border with the mission of helping Texas stem the influx of migrants and drugs.

The Florida taxpayer-financed force reported 9,171 contacts with migrants at the border.

DeSantis, also viewed as a 2024 Republican presidential contender, campaigned four years ago as an anti-immigration candidate, famously airing a TV spot that featured him playing blocks with his then-toddler daughter, Mason, who he encouraged to “build the wall.”

Opponents argue that Bean’s bill only imposes more demands on Florida governments and businesses that will likely be found unconstitutional.

“This legislation would harm local governments by dictating limits on municipal contracts, force law enforcement agencies to waste already stretched taxpayer funds on federal immigration programs, reduce travel into the state of Florida and prevent the reunification of immigrant children with their families,” said Anne Janet Hernandez Anderson, an attorney with the Southern Poverty Law Center.

She said much of the proposal is “rehashed pieces of the anti-sanctuary bill,” adding that Florida lawmakers are “doubling down on Gov. DeSantis’ efforts to use children as pawns to further his xenophobic agenda.”

John Kennedy is a reporter in the USA TODAY Network’s Florida Capital Bureau. He can be reached at [email protected], or on Twitter at @JKennedyReport

Laws against gay sex were ruled unconstitutional long ago, but Kansas won't drop its ban | KCUR 89.3

Fri Jan 28 , 2022
TOPEKA, Kansas — Intercourse between same-sex couples technically remains a crime in Kansas even though the provision in state statute was ruled unconstitutional 19 years ago. Since then, multiple attempts to remove the outdated language have failed. The latest legislation to change the law has languished in a Statehouse committee […] 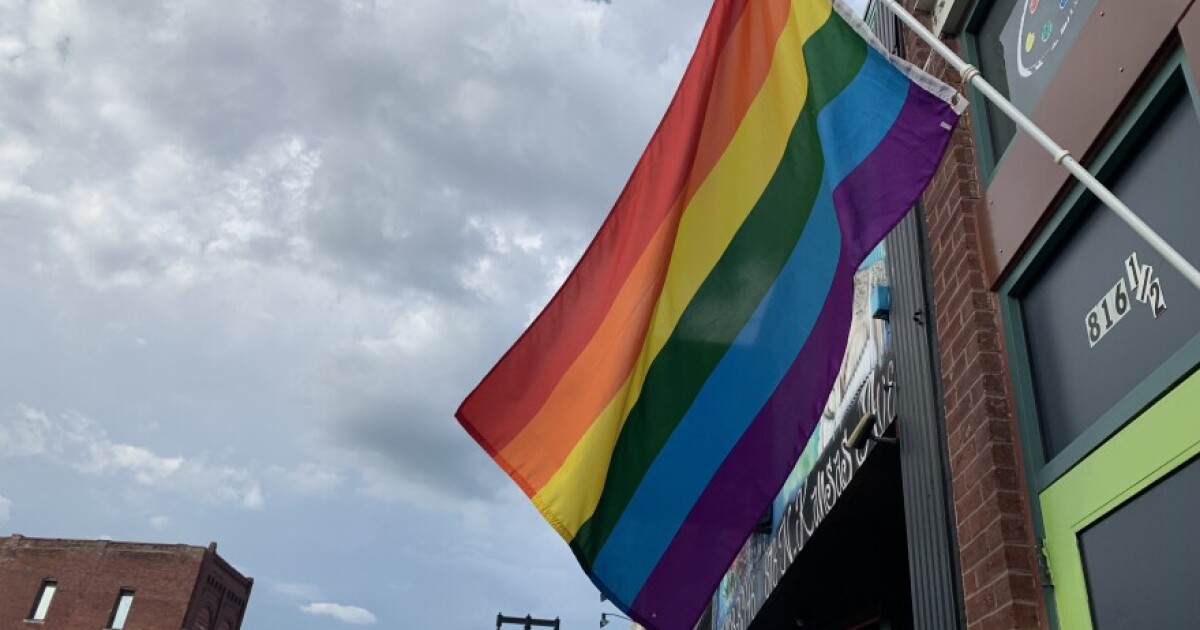