WASHINGTON — A federal judge’s conclusion this week that former President Donald J. Trump likely committed felonies related to his efforts to overturn the results of the 2020 election intensified scrutiny on the question of whether the Justice Department can, should or will try to charge him with the same crimes.

But the fact that a judge reached that conclusion does not necessarily mean that a prosecution would arrive at the same outcome. Here is an explanation.

What is the case?

It is a dispute over a subpoena issued by the House committee that is investigating the Jan. 6, 2021, attack on the Capitol by Trump supporters who were seeking to stop Congress and the vice president at the time, Mike Pence, from certifying Joseph R. Biden Jr.’s Electoral College victory.

The subpoena instructs Chapman University to turn over emails from a former professor, John Eastman, who supplied legal arguments to Mr. Trump supporting his attempts to overturn the election. Mr. Eastman filed a lawsuit to block the subpoena, arguing that his messages were covered by attorney-client and attorney work-product privilege.

What did the judge say?

In his ruling, Judge David O. Carter of the Federal District Court for the Central District of California said the Jan. 6 committee could get certain emails under an exception to attorney-client privilege for communications that sought to further a crime or fraud because it was “more likely than not” that Mr. Trump unlawfully sought to obstruct a government proceeding.

What is the theory that Mr. Trump committed crimes?

Mr. Trump, in public and in private, pressured Mr. Pence to reject or delay counting the Electoral College votes of states where Mr. Trump baselessly claimed that his loss to Mr. Biden had been fraudulent. The idea is that there was no legitimate basis for Mr. Pence to do so, so Mr. Trump’s pressure on him amounted to an attempt to unlawfully obstruct a government proceeding and defraud the government.

The evidence that Mr. Trump pressured Mr. Pence has been well established. The judge issued his ruling interpreting that evidence as likely amounting to a crime at this moment not because of a breakthrough in the investigation that uncovered new, conclusive evidence, but because of the timing of the subpoena lawsuit: The Jan. 6 committee needed to publicly argue that the crime-fraud exception applied so it could obtain Mr. Eastman’s emails, and the judge agreed.

Is the ruling a road map for an indictment?

Not necessarily, because the context is very different. As Judge Carter noted: “The court is tasked only with deciding a dispute over a handful of emails. This is not a criminal prosecution; this is not even a civil liability suit.”

What is a big challenge to prosecuting Mr. Trump?

Proving Mr. Trump’s state of mind — specifically, that he had the requisite criminal intent.

The obstruction statute, for example, says that for the defendant’s action impeding an official proceeding to be a crime, he had to act “corruptly.” But what that means is not detailed in the statute, and the Supreme Court has not definitively offered an answer, raising risks and complications for prosecutors evaluating a potential case.

One possibility, said Laurie L. Levenson, a criminal law professor at Loyola Law School in Los Angeles, is that prosecutors would have to prove that Mr. Trump knew for sure that Mr. Pence had no lawful basis to do what he was asking. Another possibility is that prosecutors would need to prove only that Mr. Trump had at least some reason to believe that his conduct might be unlawful and proceeded anyway, she said.

Because even though senior government officials were telling him there was no factual or legal basis for Mr. Pence to unilaterally reject some states’ electoral votes or otherwise slow down the certification, Mr. Eastman told Mr. Trump that he interpreted the law as giving Mr. Pence legitimate authority to take such a step.

Julie O’Sullivan, a Georgetown University criminal law professor, said in any criminal trial, it would ultimately be up to the jury to decide what Mr. Trump truly believed. Unless evidence emerges that he told someone at the time that he knew what he was saying was false, she said, that will be a challenge.

“The problem with Trump is defining his state of mind when it is so changeable,” she said. “He believes whatever he wants to think and it doesn’t necessarily have to be grounded in reality. That’s a tough argument to a jury, to say he knew any particular thing.”

Judge says Trump likely committed crimes. In a court filing in a civil case, the Jan. 6 House committee laid out the crimes it believed Mr. Trump might have committed. The federal judge assigned to the case ruled that Mr. Trump most likely committed felonies in trying to overturn the 2020 election.

Virginia Thomas’s text messages. In the weeks before the Capitol riot, Virginia Thomas, the wife of Supreme Court Justice Clarence Thomas, sent several texts imploring Mark Meadows, President Trump’s chief of staff, to take steps to overturn the election. The Jan. 6 House committee is likely to seek an interview with Ms. Thomas, said those familiar with the matter.

Contempt charges. The Jan. 6 House committee voted to recommend criminal contempt of Congress charges against Peter Navarro, a former White House adviser, and Dan Scavino Jr., a former deputy chief of staff, for refusing to comply with its subpoenas.

Why was that problem not an obstacle for Judge Carter?

Because the legal standard of proof is lower for deciding the crime-fraud exception applied in a subpoena dispute than it is for convicting someone of a crime.

Judge Carter concluded that Mr. Trump “likely knew that the plan to disrupt the electoral count was wrongful” using the “preponderance of the evidence” standard, under which a claim is considered established if it is more likely true than false. If the judge thought the evidence pointed to a 51 percent chance that Mr. Trump committed a crime and a 49 percent chance that he did not, that was sufficient to rule that the Jan. 6 panel could get certain emails.

What standard of proof would prosecutors face?

“A judge making a finding to decide whether evidence has to be disclosed is nowhere near the level of proof that you’ll need for a criminal case,” Ms. Levenson said. “‘Beyond a reasonable doubt’ means that jurors are almost positive that, in fact, Trump did this — and he did it with the intent required by the law.”

Several legal specialists in criminal law pointed to this challenge as a likely explanation for why the Justice Department might hesitate to charge a former president and is instead allowing the larger investigation to continue.

“Proving something by preponderance of the evidence to a judge is a very different thing than proving it beyond a reasonable doubt to a jury,” said David Alan Sklansky, a Stanford University criminal law professor. “It’s reasonable to expect that prosecutors would be particularly careful not to jump the gun when you’re talking about charging a former president with a crime.”

Wed Mar 30 , 2022
The U.S. government spends defense dollars in every state through purchases of military equipment, wages for service members and civilians, pension payments, health care services, and grants to states. In fiscal year 2020—the most recent year for which data is available—the federal government spent $678 billion on defense in the […] 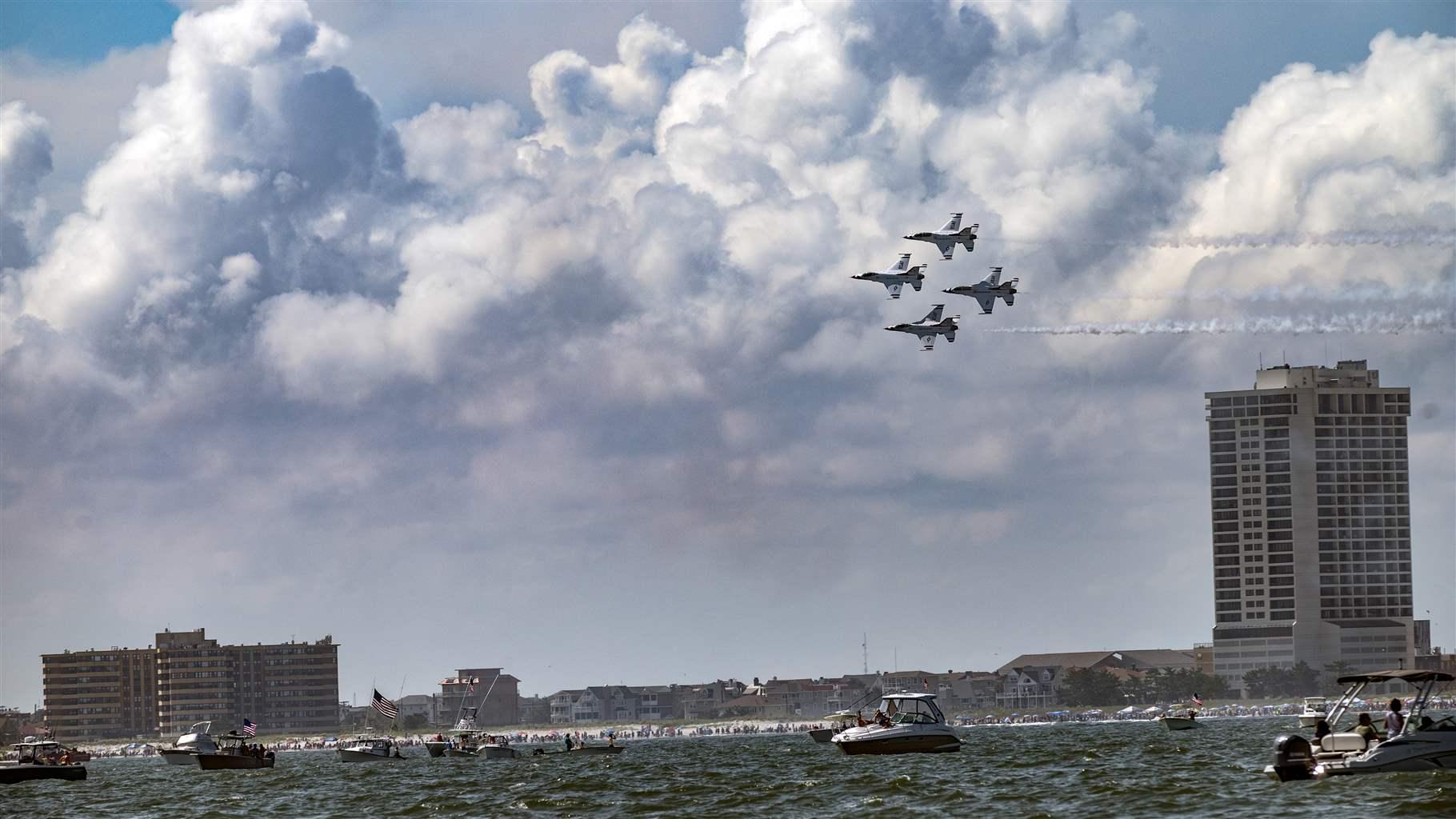