Rushing criminal legal aid reform would open the government up to legal challenges and result in further delays, ministers have warned. However, the government did not rule out the possibility of implementing some reforms in the short term after hearing direct pleas from leaders of representative and practitioner bodies last night for urgent action.

The government has promised to respond to the independent criminal legal aid review, which recommended an extra £135m a year to nurse the sector back to health as well as other reforms, by the end of March along with a consultation.

Justice minister James Cartlidge told a meeting of the all-party parliamentary group on legal aid yesterday: ‘This does take time. We cannot go any faster. I appreciate that it is frustrating but public law principles limit what we can do in that regard. Legal challenges would delay things worst of all.’

His comments are echoed by justice secretary Dominic Raab, who writes in The Times today that caving into the criminal bar’s demands to bring forward the government’s response would mean ignoring public law principles. ‘Rushing out a response, and curtailing the consultation period, would leave us open to legal challenge, based on the length of time the government is expected to consult stakeholders in the course of reforms on this scale,’ he said.

Cartlidge told practitioners he understood that practitioners have been waiting a long time for reform. He then listened as leaders of the major representative bodies and practitioner groups explained why urgent action was necessary.

Criminal Bar Association chair Jo Sidhu QC said there was no reason why the government could not shorten its timetable. ‘We know that when the government needs to move quickly, it can… If we do not take swift action now and find creative solutions, and bind ourselves to the current timeline, the reality is people will react.’

Daniel Bonich, chair of the Criminal Law Solicitors Association, pointed out that total government spend on criminal legal aid is ‘a fraction of a percentage’.

Highlighting a retention crisis, Hesham Puri, president of the London Criminal Courts’ Solicitors Association, said that his own organisation has lost nine senior lawyers over the last couple of years, including six to the Crown Prosecution Service.

‘I appreciate the review and consultation will take some time. But in the interim, we do not understand why the government cannot implement an injection of cash that will stabilise firms and give hope to new entrants while the government consults,’ Puri said.

Young Legal Aid Lawyers’ Katie McFadden told the minister that it was of the ‘utmost importance’ that fee schemes are linked to inflation, ‘otherwise any investment now – however large – is merely a sticking plaster on the wound’.

Bar Council chair Mark Fenhalls QC said it was ‘worth working out how we can unbundle or stage the recommendations Sir Christopher Bellamy has made’.

Replying, Cartlidge said: ‘Whilst I cannot prejudge the outcome of our response, it’s certainly hypothetically possible you could have a staged process, some measures implemented in the relatively short term, others in the relatively long term.’

However, he ruled out the possibility of immediate money when the government responds to the review next month. ‘Parliament has to approve funding. There has to be some statutory instrument, some legislative process. We have to comply with the law to raise funds,’ he said.

The review represented a ‘positive opportunity’ to reform the system, Cartlidge added. ‘It is a multi-faceted challenge and remuneration is an important part of that. My priority is to persuade you to have faith that we recognise that.’

Sat Feb 12 , 2022
The same investments also supported a 3.5% reduction in the gap between the GDP per capita of the 10% least developed regions and the 10% most developed regions. The report also shows that, thanks to its flexibility, Cohesion policy provided much needed and very swift support to Member States, regional […] 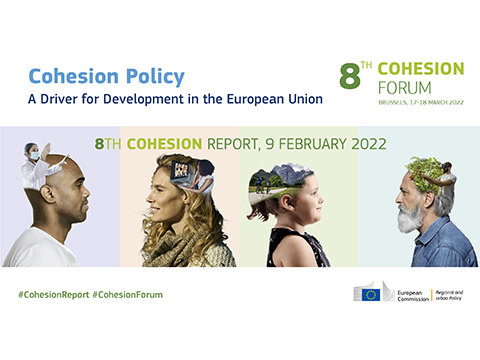