After granting three cert. petitions and relisting several more following its first conference of 2022, this week the U.S. Supreme Court filled out this year’s docket by granting cert. petitions in five additional cases.

The Court agreed to hear cases involving: 1) the application of the First Amendment to public school coaches’ postgame prayers, 2) the availability of Section 1983 claims based on police officers’ failure to provide Miranda warnings, 3) the ability of veterans to challenge otherwise-final benefit denials on the grounds the denials violated plain statutory meaning, 4) the procedural rules that apply to death-row prisoners’ method-of-execution challenges, and 5) the limits on federal courts’ authority to issue orders allowing state prisoners to develop evidence for their claims for habeas relief.

The First Amendment case drew 10 cert-stage amicus briefs and will undoubtedly receive the most public attention of this batch of cases. All five cases received some cert-stage amicus attention and likely will find interested audiences – especially among governments, civil-rights litigators, veterans-advocacy groups, and criminal-law and habeas practitioners.

Postgame Prayers and the First Amendment

In Kennedy v. Bremerton School District, the Court will address a football coach’s claim that his public school employer violated his First Amendment rights when it terminated him for kneeling at midfield to say brief prayers at the end of football games. This case has made its way up to the Court once before – three years ago, when the coach sought review of the lower courts’ denial of his preliminary-injunction motion. At that time, four justices wrote separately to indicate that while they found the lower courts’ reasoning “troubling,” the ongoing factual dispute over the school’s precise reason for terminating the coach weighed against the Court’s hearing the case.

The Washington district court and the U.S. Court of Appeals for the Ninth Circuit have resolved the factual dispute in question, concluding that the school’s “sole reason” for its decision was its belief that the prayers presented a risk of liability under the Establishment Clause. And the Supreme Court has now agreed to take the case.

The school’s Establishment Clause rationale could lead the Court to use this case to give public schools additional clarity on how the Establishment Clause and Free Exercise Clause interact in the educational context (its recent decision in Espinoza v. Montana Department of Revenue addressed this issue, as will its upcoming decision in Carson v. Makin later this term). Yet this case also raises an important Free Speech Clause question, and the Court could use it as an opportunity to clarify the private-speech/official-speech distinction it drew in Garcetti v. Ceballos, where it upheld governmental regulation of public employee speech “made pursuant to official responsibilities” – an issue of interest to all public employers.

In any event, Kennedy is a case to watch for public schools and public employers more broadly.

Another set of public employers – police departments – will be watching Vega v. Tekoh, where the Court will consider whether a police officer’s failure to give a suspect a Miranda warning can itself give rise to a Section 1983 claim if the un-Mirandized statements are later used against the suspect in a criminal trial. In Miranda v. Arizona, the Court applied the Fifth Amendment to hold that a self-incriminating statement made by a criminal defendant while he was in custody cannot be admitted as evidence against that defendant unless the defendant first received the “You have the right…” warnings specified in Miranda. The question in Vega is whether Miranda’s exclusionary rule constitutes a constitutional “right” the violation of which gives rises to a damages claim under Section 1983 (which authorizes a cause of action for deprivation of “any rights . . . secured by the Constitution”).

Accordingly, Vega will give the Court a chance to clarify the foundation and limits of the Miranda rule, as well as an opportunity to address the contours of Section 1983 claims more generally. Given how common police interrogations and Section 1983 claims are, this case will be of interest to police departments and civil-rights lawyers around the country.

In George v. McDonough, the Court agreed to decide a question that affects many veterans of America’s armed forces: Can a veteran challenge the otherwise-final denial of a benefits claim if the denial is based on a regulation later deemed invalid as contrary to the governing statute’s plain meaning? This question arises from a provision of federal law that permits a veteran to challenge a decision denying a claim for benefits “at any time after that decision is made” – even long after the ordinary appellate process has been exhausted – so long as the veteran can show that the decision was “based on clear and unmistakable error.” In George, the Court will decide whether it is a “clear and unmistakable error” to rely on a then-applicable regulation that a federal court later determines violated the clear meaning of the governing statute.

The veteran argues that such reliance is such an error because when a federal court interprets an unambiguous statute, it is declaring what the law has always meant, not announcing a change in meaning. The federal government, meanwhile, argues that the “clear and unmistakable” standard is met only when the agency’s original decision is inconsistent with the prevailing view of the law at the time, and insists it is irrelevant whether that prevailing view is later held to have been incorrect (on the theory that decisions invalidating agency regulations change the law).

The parties’ arguments will give the Court occasion to address the difficult and recurring distinction between decisions changing the law and decisions proclaiming what the law has always been. Accordingly, while George has obvious importance for the veterans-benefits system, it may turn out to be significant for the law more broadly as well.

The Court will address the applicable procedures for Eighth Amendment challenges to execution protocols in Nance v. Ward. In this case, it will decide when, if ever, an as-applied method-of-execution challenge should be raised via a habeas petition rather than via a Section 1983 claim and – if it should be raised in habeas – whether such a challenge is subject to the bar on successive habeas petitions. Previously, in Baze v. Rees and Glossip v. Gross, the Court held that a death-row prisoner seeking to challenge a method of execution under the Eighth Amendment must allege a feasible alternative method.

In Nance, the petitioner, a Georgia death-row prisoner, filed a Section 1983 suit that alleged that lethal injection (Georgia’s sole statutorily authorized method of execution) would be unconstitutionally painful for him, and he identified firing squad as an alternative method. The U.S. Court of Appeals for the Eleventh Circuit held that this challenge should have been brought as a habeas petition, not as a Section 1983 claim, reasoning that because the proposed alternative method of execution was not permissible under current law, the suit necessarily sought relief that can be obtained only in habeas – an injunction that would imply the invalidity of the prisoner’s death sentence. And it further held that if a prisoner has already filed one habeas petition, any subsequent petition raising a method-of-execution challenge would be subject to federal law’s stringent requirements for successive habeas petitions.

The Supreme Court has now agreed to review the Eleventh Circuit’s two holdings, and its decision will have obvious importance for death row prisoners, as it will clarify how method-of-execution challenges should be brought and may have significant effects on the practical availability of such challenges. Nance could have significance beyond the context of capital punishment as well, for the Court could go some way toward clarifying the often-hazy distinction between relief that can be obtained in Section 1983 suits and relief that can only be sought via habeas petitions – and that is a distinction that affects countless criminal defendants and incarcerated persons, not just death-row prisoners.

The Court’s consideration of habeas procedures continues with Shoop v. Twyford, a case involving state prisoners’ requests for court orders to assist them in developing evidence for use in their federal habeas proceedings. In Shoop, the U.S. Court of Appeals for the Sixth Circuit approved an order requiring Ohio to transport a death-row prisoner to a hospital for a brain scan that the prisoner argues will produce evidence relevant to his habeas case.

Ohio contends this order suffers from two independent problems and therefore raises two separate questions. First, Ohio notes that the federal habeas statute allows federal courts to order the transportation of a state prisoner only if “necessary to bring him into court to testify or for trial,” and it argues that the catch-all All Writs Act does not expand federal courts’ authority to include ordering transportation for the sake of developing evidence. Second, Ohio argues that federal law authorizes an order allowing a habeas petitioner to develop evidence for his case only when the sought-after evidence would be admissible in the habeas proceeding; it is not enough, Ohio maintains, that the evidence in question “plausibly relates” to the petitioner’s claims.

The Supreme Court has agreed to address both of these questions, and while the Court’s answers will be of greatest importance to habeas practitioners, its discussion of the All Writs Act should draw broader attention. Since the All Writs Act is used in a variety of contexts, criminal and civil litigators will do well to consider what the Court says on this score.

Does a Short Stay Establish a "Residence" for Immigration Law Purposes?

Sat Jan 22 , 2022
The article addresses the question, does a short stay establish a “residence” for purposes of the Immigration and Nationality Act (INA)? This may seem like a trivial question, but it comes up in many contexts for U.S. immigration cases. For example, the following forms all appear to ask about residence […] 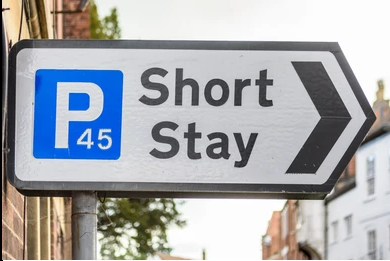