That’s how Karen Leetzow described the challenges she faced in mid-2020 when she stepped in as chief legal officer for the U.S. Soccer Federation.

The federation, which is the sport’s official governing body in the U.S., had stumbled badly in response to an equal pay and gender discrimination lawsuit by current and former members of the women’s national team. The public relations fallout was savage, and the federation’s president and top lawyer had resigned.

Her goal, Leetzow told me, was to “rebuild the trust that had been fractured” and repair relationships with the players, “our most important assets.”

She scored a major win this week when the women’s and men’s national teams both agreed to unprecedented collective bargaining agreements that equalize pay. The agreements feature what U.S. Soccer calls “identical economic terms” and an even split of all FIFA World Cup prize money.

With the labor deal in place, the federation can now put to rest the equal pay lawsuit. The $24 million settlement, which was announced in February, was contingent on the women ratifying a collective bargaining agreement.

“I could not be more excited for this – or more exhausted,” Leetzow said.

The former general counsel of NASCAR, Leetzow had a roundabout path to becoming a top sports industry lawyer.

When she earned her J.D. from American University Washington College of Law in 1991, she planned to become a criminal prosecutor. But the year after her graduation, she told me, her brother was murdered in a carjacking in South Florida.

“Some victims become more activist, for lack of a better word, and get involved in the criminal justice system,” she said. “But for me, it did the opposite. It sucked the wind out of my sails.”

Searching for an area of law that felt less dispiriting, she landed a job as a trademark examining attorney at the U.S. Patent and Trademark Office. In 1999, NASCAR recruited her to serve as its first in-house trademark lawyer.

From there, she advanced steadily through the ranks to become general counsel in 2017.

But when her husband Brett Scharback was offered his “dream job” as general counsel of the Chicago Cubs, Leetzow decided to quit Florida-based NASCAR. “I left because Brett wanted to be in baseball and I wanted to be married to Brett,” she said. “And after 20 years (with NASCAR) I was ready for a change.”

She didn’t have a new job lined up and put off moving north until her youngest daughter went off to college. When COVID-19 hit, the family retreated to their house in North Carolina, down the street from Leetzow’s parents.

For the first few months of the pandemic, Leetzow said, “I grew vegetables and forgot about law. I was a little bit bored.”

And then she learned of the troubles that were roiling U.S. Soccer.

In response to the equal pay suit, which was filed in federal court in Los Angeles in 2019 by Winston & Strawn, the federation’s then-outside counsel from Seyfarth Shaw argued that the women players “do not perform equal work requiring equal skill, effort, and responsibility.”

The men’s game “requires a different level of speed and strength,” the lawyers wrote in court filings on Feb. 20 and March 9, 2020.

The argument was widely blasted as sexist. U.S. Soccer President Carlos Cordeiro issued an apology “for the offense and pain” caused by the filing and resigned soon after. Seyfarth was replaced as outside counsel by Latham & Watkins and Morgan, Lewis & Bockius.

Leetzow replaced Lydia Wahlke as the Chicago-based federation’s chief legal officer in August 2020. She started the job remotely, leading the in-house team, which includes three other lawyers and a paralegal. Her first challenge, she said, was figuring out “how to build relationships and come across as authentic on Zoom.”

On the litigation front, Leetzow worked with a team from Latham led by partner Jamie Wine, who recalibrated the federation’s arguments.

Wine told me the lawyers took pains to put forth arguments that were “consistent with (U.S. Soccer’s) core values and would not be offensive to the women,” winning on summary judgment. The case was on appeal, with Mayer Brown representing the women pro bono, when it settled.

Bredhoff & Kaiser partner Matthew Clash-Drexler, who represented the women, praised Leetzow for setting “the right tone in negotiations,” which he said was “a marked difference from how the federation approached bargaining in the past.”

While the women players’ grievances were headline news, the men were also “very angry about the federation’s refusal to engage in good faith bargaining or to treat its players with respect,” their lawyer Mark Levinstein, a partner at Williams & Connolly, told me via email.

The men, who had been without a collective bargaining agreement since 2019, played a critical role in striking a deal with the women.

The new collective bargaining agreements call for the men’s and women’s teams to pool their 2022-2023 and 2026-2027 World Cup winnings, which will then be divided equally, minus a cut for U.S. Soccer. The U.S. women’s team has won four World Cup titles, including in 2015 and 2019. The men have never won.

Still, the pooling arrangement is a big deal, given the sharp disparity in men’s and women’s World Cup prize money, which U.S. Soccer can’t control.

Becky Sauerbrunn, a member of the women’s team and president of Women’s National Team Players Association, in a news release called the agreement an “historic achievement.” She credited “our union’s recent collaboration with our counterparts” on the men’s team as well leadership at U.S. Soccer for helping to make it possible.

Leetzow’s mantra throughout the process was “simplify, simplify, simplify,” she said, so that someone with no knowledge of soccer or employment law could look at the agreements and immediately see that they were equal.

Of course, that’s easier said than done. Leetzow likened the process to “a three-headed monster,” requiring simultaneous negotiations with both the men’s and women’s bargaining units. The key was “the willingness of two separate labor unions to be in the same room and negotiating together,” she said.

Morgan, Lewis & Bockius partner Nicole Buffalano, who led U.S. Soccer’s team of outside counsel in the negotiations, told me that “I’ve never been part of a collective bargaining agreement negotiation remotely like this one.”

By the end of the process, Leetzow had won the respect of her former adversaries.

“No matter how heated the negotiations became, she never lost her cool, she represented her client zealously and effectively,” Levinstein said.

As for Leetzow, she sees the twin labor deals as a win for U.S. Soccer. “Labor peace is positivity, and positivity drives dollars,” she said. Sponsors and fans “want to be involved in a sports (organization) that is doing the right thing.”

Opinions expressed are those of the author. They do not reflect the views of Reuters News, which, under the Trust Principles, is committed to integrity, independence, and freedom from bias.

Jenna Greene writes about legal business and culture, taking a broad look at trends in the profession, faces behind the cases, and quirky courtroom dramas. A longtime chronicler of the legal industry and high-profile litigation, she lives in Northern California. Reach Greene at [email protected]

Mon May 23 , 2022
ANTIOCH — An ongoing criminal investigation into police officers from Antioch and Pittsburg has led to more than a dozen dismissals in federal court cases and an ongoing review of Contra Costa County prosecutions in any case that relied on reports from the officers. Federal prosecutors last month made the […] 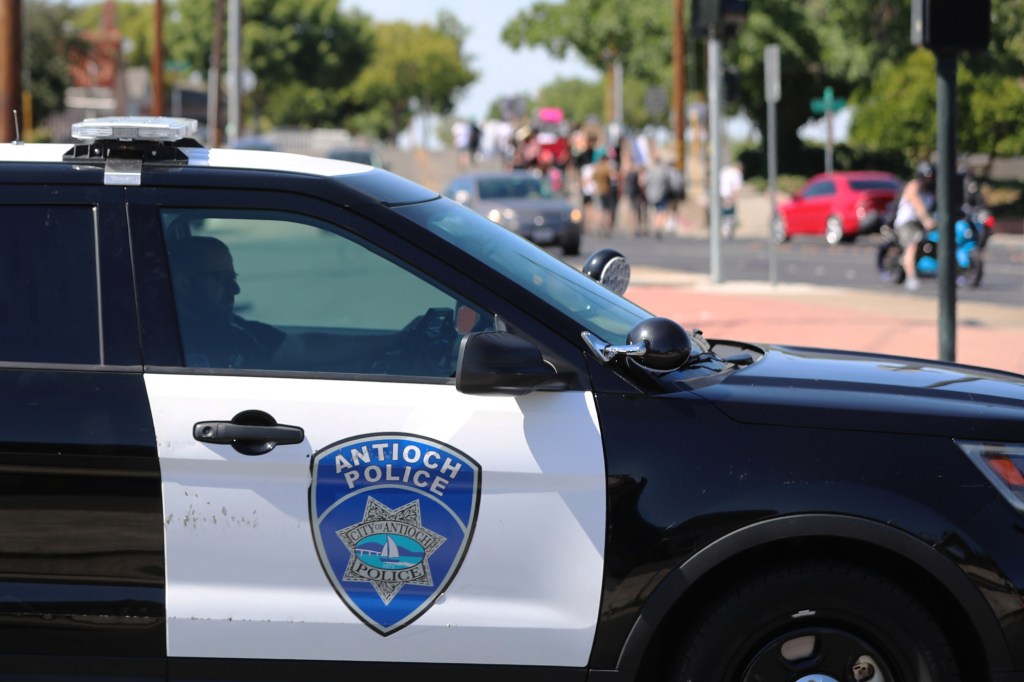