But the Dallas-based airline, which is Denver International Airport’s second-largest carrier, is firing back through a series of newly filed legal challenges, including a federal lawsuit and a complaint in state court seeking judicial review.

Most of the alleged violations come under Colorado’s Healthy Families and Workplaces Act, which requires employers to provide paid sick leave for COVID-19 illnesses, testing and quarantining, as well as other injuries or appointments.

“(Southwest) has violated nearly every (Healthy Families and Workplaces Act) requirement and protection,” the Colorado Department of Labor and Employment wrote in a March 18 citation obtained by The Denver Post.

“Southwest seeks declaratory relief to invalidate the HFWA and to prohibit its enforcement with respect to Southwest,” the airline’s attorneys wrote in the complaint.

Dan Landson, a Southwest spokesperson, said in an email that the company for decades has provided employees with “some of the most generous benefit packages in the airline industry.” The lawsuits, he said, contend that the state is “wrongly enforcing its own interpretation of the law” and that Southwest qualifies for a statutory exemption due to its collective bargaining agreement, which covers 85% of its employees.

State investigators say Southwest violated Colorado law in numerous ways, including by refusing to provide COVID-related leave for employees who tested positive for the virus, penalizing employees for taking leave for other medical needs, and failing to provide notice to employees that stated their right to take paid sick leave.

“Yet rather than remedy its obviously illegal denial of paid sick leave once this investigation started, (Southwest) continued to enforce its illegal policies for the past year of a deadly pandemic,” state investigators wrote in the citation, “assuring that throughout all COVID-19 waves, from the original virus to delta to omicron, (Southwest) left thousands of employees without the paid sick leave that Colorado enacted to protect public health against the spread of infection when employees feel compelled to go to work — especially in high-contact and high-traffic enclosed spaces like airplanes and airports.”

The airline also violated Colorado wage and hour law by requiring employees to forfeit earned vacation pay if they resigned without notice and failed to provide workers with the required notice of their wage rights, the state alleged.

“As with its HFWA violations, (Southwest) expressed no desire to remedy its wage and hour violations, instead defending its illegal provisions, and even attempting to deceive the Division as to its failure to post a current wage and hour rights poster,” state investigators wrote.

The citation did not identify a single employee who had been denied leave, was not paid for eligible sick leave, or hadn’t been paid accrued vacation pay, the airline’s attorneys wrote.

Southwest also slammed the Healthy Families and Workplaces Act in its federal lawsuit, saying it “imposes significant burdens” on its operations, while alleging that the law violates the U.S Constitution’s regulation of commerce.

Colorado’s law interferes with the airline’s enforcement of attendance policies, it said, which will lead to flight delays and cancellations when employees call out of work. If there aren’t enough employees, a flight might be grounded.

The airline also contends that Colorado law “guts pivotal pieces of Southwest’s various (collective bargaining agreements) and replaces them with provisions that are directly contrary to the negotiated scheme.”

An administrative law judge on May 13 denied Southwest’s request to delay enforcement of the citation, citing the airline’s “novel legal theories” that have not historically fared well in federal court.

The judge, Raja Raghunath, repeatedly found that Southwest “has failed to meet its burden to show a likelihood of success” on several aspects of its appeal, according to the May 13 order.

The full appeal before the judge is pending.

Even as the airline fought with state regulators this spring, the company was publicly announcing major efforts to expand at Denver’s airport.

City and airline officials last month cut the ribbon on the largest of several concourse expansions at DIA, a move that will add more gates for Southwest. The airline plans to have 274 daily flights out of the Mile High City by October.

Off-Work Cannabis Use Bill Moves on to California Senate

Tue Jun 7 , 2022
A bill introduced in the California Assembly in February 2022 would prohibit employers from discriminating against workers and job applicants for off-duty marijuana use. Assembly Bill (AB) 2188 would amend the Fair Employment and Housing Act to make it unlawful for employers to discriminate against job applicants or employees for the […] 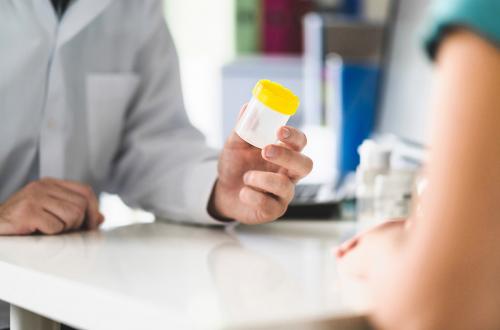