The airline claims it already provides generous paid sick leave to its employees and that Colorado’s sick leave policy contradicts and prevents the enforcement of the airlines’ employment contracts that were negotiated by unions.

A spokesperson for CDLE declined to comment on the lawsuit, saying that the department had not yet been served. But the spokesperson pointed to a citation that found Southwest Airlines in violation of several of Colorado’s labor laws following an investigation by the Division of Labor and Standards and Statistics.

The airline was fined $1,331,400 for violating nearly every requirement set under Senate Bill 205, which was passed in 2020 and known as the Colorado Healthy Families and Workplaces Act, according to a letter sent to Southwest Airlines in April.

The airline employs more than 4,000 people in Denver, it said in a news release last year.

The state’s sick leave law, which took effect Jan 1, 2021, allows employees to accrue paid sick leave at the rate of one hour per 30 hours worked up to 48 hours per year, and permits employees to call in sick without a doctor’s note for absences that are shorter than four days.

Under an emergency provision of the law that still remains in effect, employers must provide up to two weeks of paid leave for COVID-related needs for employees or their families.

The lawsuit contends that the state’s sick leave law limits Southwest’s ability to monitor and prevent the abuse of sick leave and would result in additional flight delays and cancellations. The law would also require Southwest to increase its headcount to cover the increased absences, which would in effect, increase Southwest’s flight prices.

Under agreements reached through unions, Southwest flight attendants accrue sick leave based on the mileage they travel as opposed to hours worked, but that roughly equals one hour of sick leave per 12 hours worked, the lawsuit stated.

Flight attendants are entitled to seven days off per quarter if they write their own sick note and to another 14 days with a doctor’s note, according to the lawsuit.

Ground crew employees, including those who handle baggage and provide customer service at the airport ticket counter, are also provided with generous sick leave benefits under collective bargaining agreements, the company said. Mechanics, for example, earn eight hours of sick leave each month, up to a maximum of 2,000 hours, the lawsuit stated.

Southwest Airlines’ sick leave policy allows the airline to comply with federal safety laws and staffing regulations while enabling Southwest to provide on-time service to its customers, the lawsuit stated.

Southwest Airlines in December had more than 55,000 employees nationwide and in the complaint said it doesn’t want to create a special leave policy for its Colorado workers.

“These various regimes impose different (and inconsistent) obligations on Southwest’s operations, including flight operations across multiple state borders,” the lawsuit said. “The task of untangling this snarl of conflicting paid sick leave rules imposes a substantial and unconstitutional burden on Southwest.”

We believe vital information needs to be seen by the people impacted, whether it’s a public health crisis, investigative reporting or keeping lawmakers accountable. This reporting depends on support from readers like you.

A look At Digital Assets And NFT-Related Fraud Cases

Thu Jun 9 , 2022
The heavily publicized announcement by New York federal prosecutors of the first-ever charges for insider trading in digital assets — non-fungible tokens, or “NFTs” in particular — is a significant but somewhat confusing development for the crypto community and beyond. There is nothing novel about applying well-established law to the abuse of […] 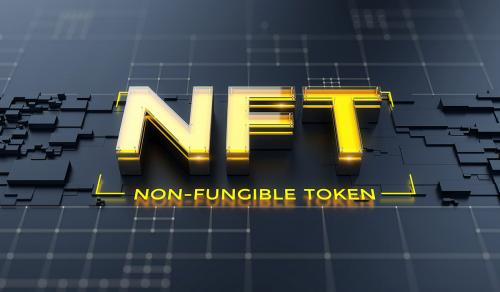